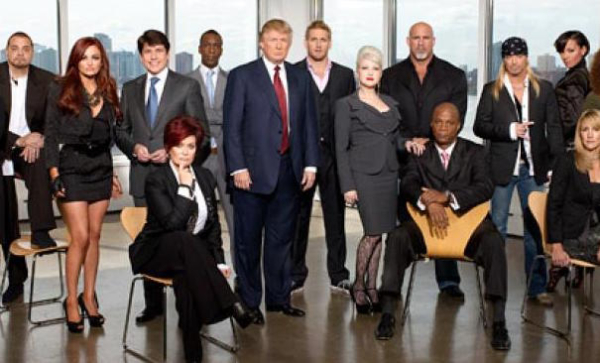 Cyndi as part of Celebrity Apprentice in 2010 (Image via NBC)

That's why she took to the radio—KOGO's Morning News in San Diego—to express her opinions on the current race for the White House:

A reality show is not credential to be president The things that he says are appalling to me and shocking. I was so shocked when he started to talk about the LGBT community, when in fact, people working who did amazing work on his Celebrity Apprentice show were gay. And you don’t talk about your employees like that, ever.

She wrapped by saying Trump has said stuff she's “never in my whole entire life heard except, you know, Hitler.”

Cyndi's old former touring partner, Cher, also hates Donald Trump, and is also not shy to explain why—as in this interview with MSNBC.