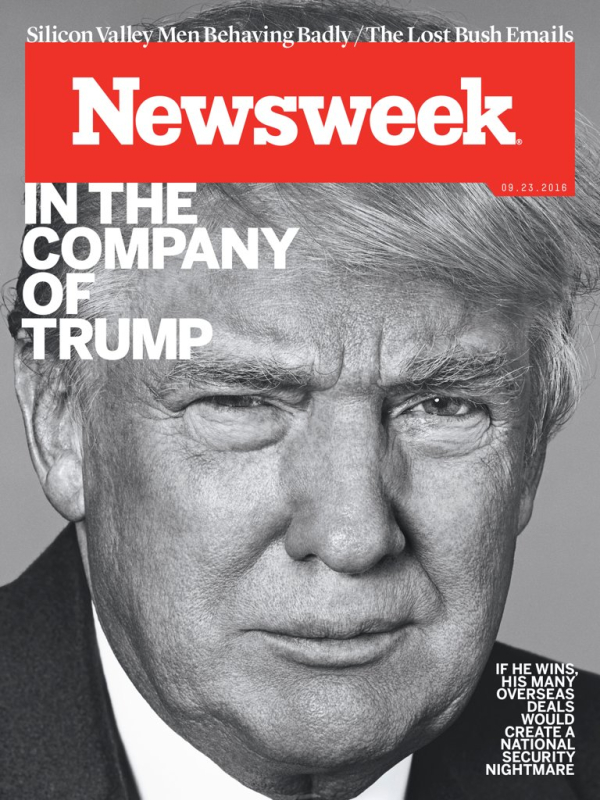 The Clinton Foundation has saved lives—literally—while the Trump Foundation has done nothing but enrich the Trumps and his cronies. Newsweek's new investigation should be important to voters, but it wasn't leaked by the Russians and/or a Russian-aligned hacking outfit, so I'm not sure it will be seen as substantial by the deplorables.

In @Newsweek: Trump reached out 2 Qaddafi, seeking $ for his business. So who's really palling around w/ terrorists? https://t.co/A1Xw4IlxUX

Still interesting reading. From the story:

If Donald Trump is elected president, will he and his family permanently sever all connections to the Trump Organization, a sprawling business empire that has spread a secretive financial web across the world? Or will Trump instead choose to be the most conflicted president in American history, one whose business interests will constantly jeopardize the security of the United States?

Throughout this campaign, the Trump Organization, which pumps potentially hundreds of millions of dollars into the Trump family’s bank accounts each year, has been largely ignored. As a private enterprise, its businesses, partners and investors are hidden from public view, even though they are the very people who could be enriched by—or will further enrich—Trump and his family if he wins the presidency.

Trump's corruption scandal—he allegedly bribed Pam Bondi in Florida to squelch an investigation into his business dealings—should also be a much bigger deal than pneumonia and DNC gossip.