That “deplorables” thing just might work out for Hillary. See her new ad, above.

Salon: The, er, debate over Hillary's health is nothing but birtherism all over again. 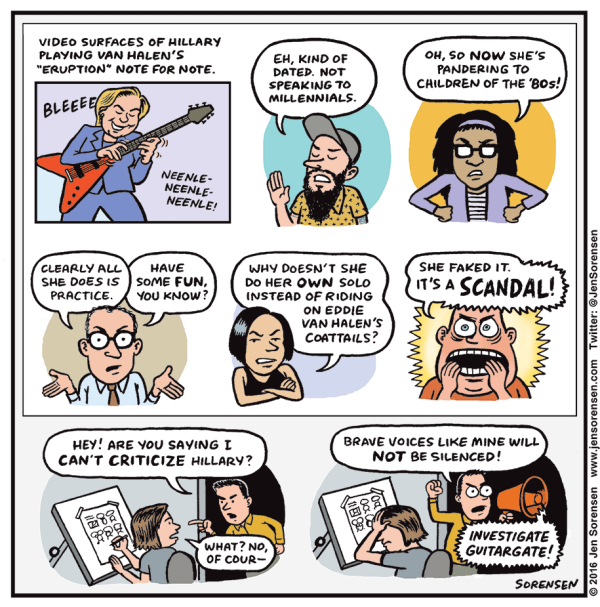 Reince Priebus doesn't “know what to believe” about Hillary's health. GOP rep says she may be lying about pneumonia.

A jockstrapped tight end for the ages.

Ryan Lochte was rushed by nutty protesters during Dancing with the Stars. Seriously. Anti-Lochte is that much of a thing: