Robert Sepúlveda Jr. Is Slut-Shaming Himself At This Point Comments (0)

Robert Sepúlveda Jr. continues to heap shame upon himself, this time by justifying why he became a sex worker by trotting out a story of being dirt-poor and having no options:

The small furniture store I was working at suddenly went out of business. I didn't know how I was going to pay rent or my [college] tuition or buy food. I saw no other way to support myself so I decided to do it too. I had all those expenses, I just knew that I had to do something. I had no other choice.

This kind of B.S. just makes his (not-so-distant) past in sex work into some kind of horror, when it does not need to be. Also, if you happen to be morally opposed to sex work (which would be a stupid position), then you also would not buy the fact that needing money means you do anything it takes to get it. 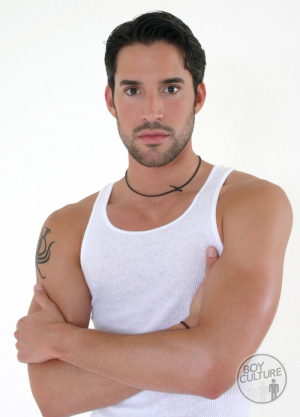 Plus, he gives the story to a non-LGBTQ (thought very LGBTQ-friendly) outlet., People.

The photo shoot I posted happened on March 1, 2006, and he used one of the images in his escorting profile. His latest claim is he stopped escorting in 2006, upon his graduation. So I guess we'll now sit back and wait for johns to say they hired him in 2008, etc.; that's what happens when you open the door and fib to make things sound better.

For example, he says:

Is he asking us to believe that the xtube account with his raunchy videos was launched by someone other than himself? Maybe, but it would be nice if he clarified that—maybe with a gay blog?

Again, this is not about slut-shaming, this is about someone behaving in a way that would draw the ire of slut-shamers who is pretending he's into “family values,” and in so doing slut-shaming the rest of the sexually adventurous LGBTQ community.