6-PACK — The Donald And Hillary Of It All Comments (0) 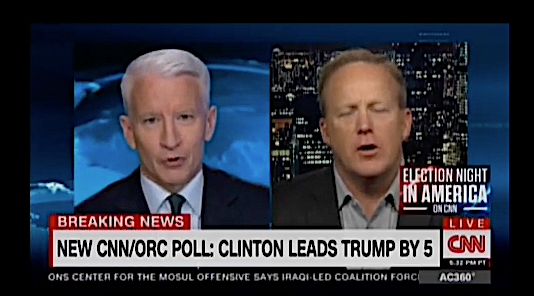 Right: Blinded by his desire to see The Donald as the president (Video still via CNN)

Anderson Cooper is not having all this talk of phony polls. Video after the jump.

Thank you to Barbara Boxer, Dianne Feinstein, Hillary Clinton,& others for trying to right this wrong. #Vets4Hillary https://t.co/5ojifmAVfo

Even Glenn Beck thinks “frightening” Trump is a sociopath. Amazingly candid video after the jump ...