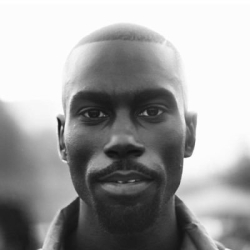 His was one of the most coveted endorsements in Democratic politics, keying into both a segment of young people angry about high-profile videos of police killing black people — and a new civil rights movement that has sprung up in its wake. In the op-ed, Mckesson deals with why he’s voting for Clinton, addresses the records of both candidates, then talks about policy.

In a meeting with Mckesson and activist Brittany Packnett last week, Clinton stressed the importance of fighting against racial injustice and to push for the issues affecting black people in America. A Clinton aide said that she vowed to keep dialogue with the activists going, and that she would herself begin the arduous work of building a foundation for her campaign to engage in the work on Nov. 9.

I think figures like Mckesson—and Bernie Sanders, and many others with both similar and disparate interests—see hope in Hillary, and I feel their endorsements are not blank checks but promises to both back her and hold her feet to the fire.