Death Of The Party Comments (0)

I'm usually on top of major and minor celebrity passings, but I have been lax, hence this little catch-up: 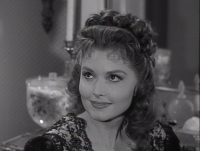 missed it, even though I've been fixated on her presence on my list of the Greatest Living Stars 80 & Over. She was a captivatingly patrician presence on episodic TV, memorabily The Alfred Hitchcock Hour, and in film.

KATHRYN ADAMS: Kathryn Adams, an original cast member of the 1939 classic The Hunchback of Notre Dame as well as a Hitchcock player, died at 96 on October 14. Though she appeared in 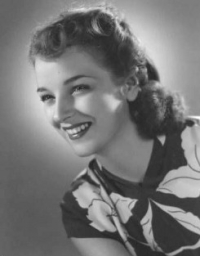 Hunchback, she almost had the lead—until Charles Laughton insisted on Maureen O'Hara. O'Hara also just recent died in her nineties. (My list of surviving Hitchock leading ladies is here.)

TOM HAYDEN: Finally, anti-war icon Tom Hayden died yesterday at 76. Hayden was married to Jane Fonda at the height of his notoriety, and in spite of being scorned as a radical, served for many years in the California Senate.

BOBBY VEE: Fifties teen idol Bobby Vee died at 73 yesterday after battling Alzheimer's disease. His final performance was in 2011, not long after his diagnosis.