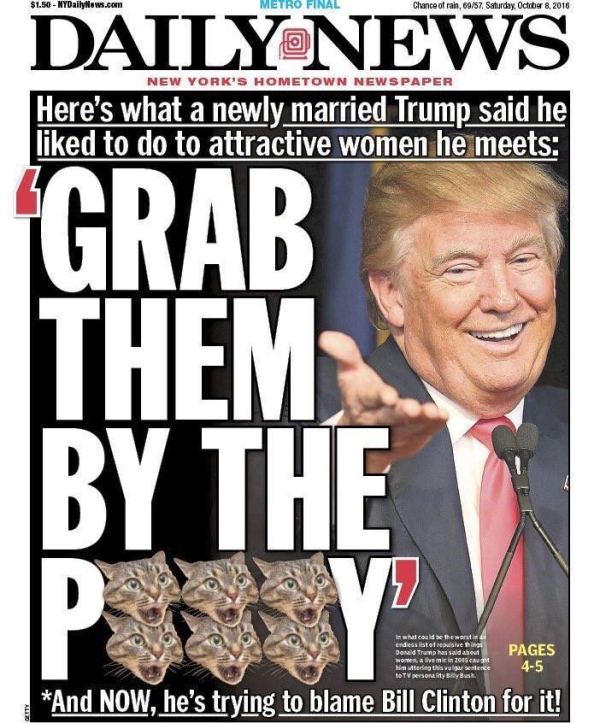 Tonight, Donald Trump issued a video apology for his inexcusable remarks recorded in 2005 about trying to bed married TV anchor Nancy O'Dell when he himself was married, and in which he stated his approach to women he wants to sleep with is to grabe them by the pussy.

Remember when Donald Trump complained about his mic not working? The universe has a sense of humor.

Wow, he could not have done a worse job.

First, he sounds utterly insincere; I thought I could hear people in the fake city behind him laughing when he swore he'd never let us down.

Second, just fucking apologize, dude, do NOT bring up your opponent's husband—who, to underscore the point, is not your opponent. If Hillary is an enabler, then isn't Melania? And isn't she enabling you, someone as—in theory—villainous as the man you're maligning?

Total loser, totally not leaving the race, totally going to flop on November 8.