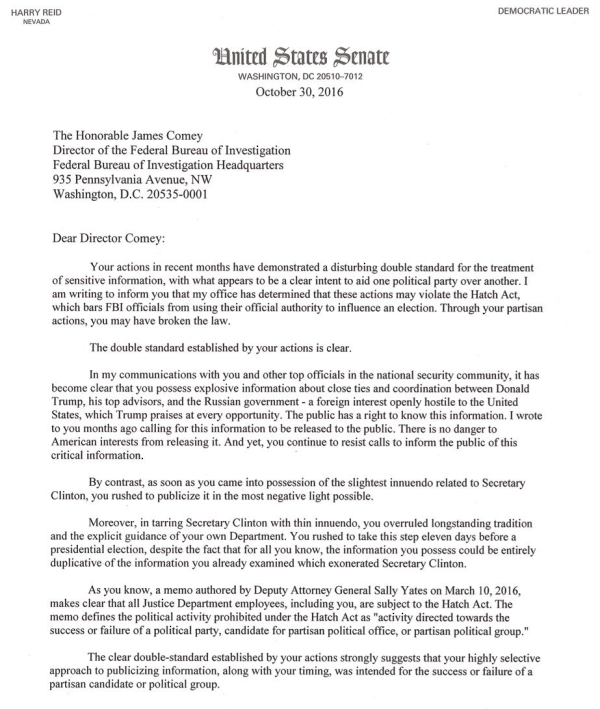 Dozens of former prosecutors and DOJ officials have signed a letter of outrage over FBI Director Comey's unprecendented terse note—interjected into the final days of a presidential election—needlessly notifying Congress that he was going to look into some new emails found on a device owned by Anthony Weiner.

In spite of some arguments that Comey had to inform Congress, those in the know on both sides of the aisle argue he not only didn't have to but should never have done this.

The letter pales in comparison to the seething letter from outgoing Sen. Harry Reid, who personally attacked Comey by reminding him that he had fought on his behalf for confirmation, and now regrets the fuck out of it. Burn. 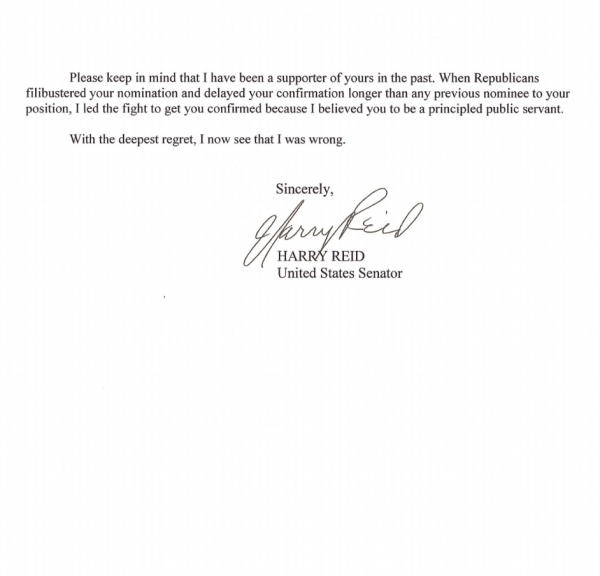 The second page of Harry Reid's screed is the kicker!

Far from a simple criticism, Reid's letter also purports that Comey violated the law ... and asserts Comey is willfully sitting on info that Trump's campaign has explicit ties to Russian interests.

Reid does not talk out of his ass. Remember his comments about Trump's taxes?

Comey is toast November 9, however, the issue now is how damaging his actions will be to Hillary Clinton's campaign—if at all. The polls were already tightening, but early voting, demographics and Hillary's GOTV efforts all eclipse Trump where it counts, in the Electoral College.

Still, could this timely reminder that Hillary has an email problem work some voters' last nerve on the topic and suppress their turnout or flip them from blue to red?

We won't know for sure until November 8 in the evening.