ADVOCATE: Pulse Survivors Are People Of The Year 2016 Comments (0) 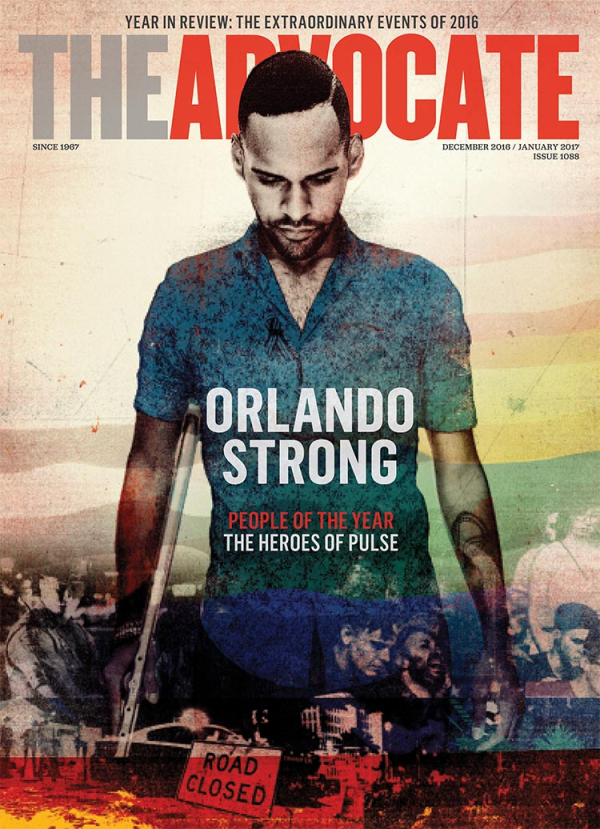 Advocate has chosen the heroes of Pulse as its People of the Year for 2016, commemorating the dead and the survivors with a cover that speaks both of the terrorist attack's attempt to silence us and of our community's defiance and strength.

Most of the clubgoers were killed or wounded in the first 20 minutes—including Angel Colon, who was shot multiple times in his leg and side.

“The first shots,” he says, “they were super loud—and super hot. We dropped our drinks, and all we could hear was pop pop pop pop.”

Colon evacuated the club early in the standoff between Mateen and Orlando police—but only after Mateen came out to the dance floor and fired once again on the rows of bodies. Colon called over an officer who was 15 feet away. “Please come get me,” he said.

That night changed not only Colon’s life but the lives of LGBTs everywhere. The survivors of Pulse have become unlikely advocates for a community grappling with this tragedy—the worst single-person mass shooting and the deadliest violent act against LGBT people in U.S. history.