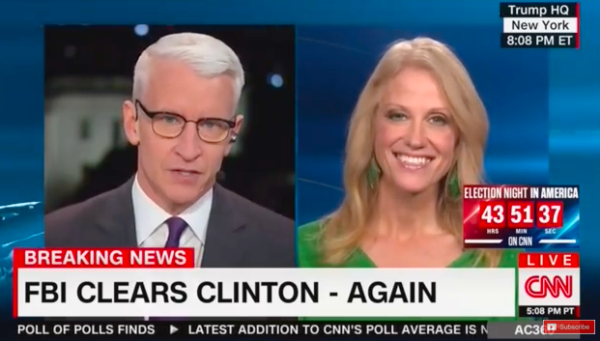 Via Towleroad: Anderson Cooper nails down Kellyanne Conway on the issue of the Trump campaign's speculation about the emails controversy.

I'll tell you this again—this woman is sinister and a comfy liar, but she is excellent at her job. She sure talks a better game than her candidate does and keeps her cool.