When Looking debuted on HBO, everyone had an opinion, and that opinion usually included the word “love” or the word 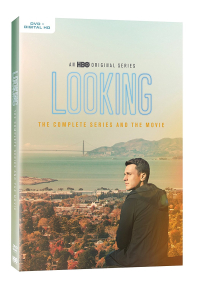 After two seasons, the show went out with a bang—a movie meant to tie up loose ends to the extent that loose ends can ever be tied up, and to give the series' fans proper closure.

Boy Culture: What inspired the original premise of Looking?

Michael Lannan: I used to live in New York for quite a while and I worked for a director, and as I was working for him I just 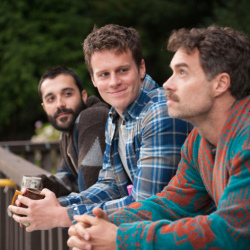 sort of started collecting notes on friends and my own life, this long, ragged document of all these thoughts. I actually went through a breakup and it sort of crystallized something for me about three characters, these three friends. I wrote a feature script and over a very long period I revised and had a meeting at HBO about it and Andrew Haigh became involved with his incredible skills, and pretty soon after that, we were shooting the pilot.

BC: So it changed from NYC to San Francisco?

ML: At first, San Francisco seemed so on the nose. “Why would we do that?” But it was so on the nose that it was not obvious; nobody had done it since Tales of the City in the '90s, and it really came together in a sort of magical way when we changed it to San Francisco. It was an interesting backdrop to LGBT history, telling these intimate stories, but it was very much about the present.

BC: There's a stereotype of a Castro clone that no longer exists, so the show kind of introduced viewers to what the gay scene is really like in San Francisco today.

ML: Patrick embodied the gay guy in San Francisco, the classic archetype, but was also a modern tech worker who makes good money, so he had a foot in both worlds.

BC: How close were the actors to the characters as originally envisioned?

ML: Hm. Um. Gosh. I’m not really sure, because, it’s funny, they’re all like and not at all like their characters. I think they’re both close and not close. I’m so happy with the cast we ended up with, I can’t imagine it any other way.

BC: What other gay films or series or plays inform your creative process?

ML: When I was young and I saw My Own Private Idaho, it was like nothing I’d ever seen before. It played against the stereotypes of what being gay were, so it was challenging and exciting and different, darker and more intriguing than your average gay movie.

BC: Speaking of being gay, was it a plus that so many of the actors you used were gay in real life?

ML: It’s a complicated thing, right? Because in auditions, we didn’t really want to know, and I think in many ways it doesn’t matter if an actor is gay or straight. I think sometimes a gay actor might have an insight on the character a straight actor might not. Jonathan Groff and Raúl Castillo have a lot of intimate scenes and Raúl is not gay, and Jonathan could maybe guide him in small ways. But the opposite is true, too—a straight actor might have an observation about gay guys that a gay guy might not have because he’s so close to it.

BC: Were you surprised how much pushback the show received from gay viewers?

ML: I wasn’t surprised. In the least. I think … you know, everything in the LGBT community, we’ve all fought for 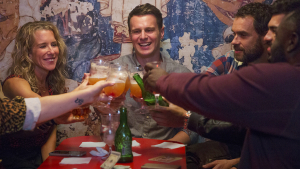 our identities and so we feel some ownership over it, rightly, and everyone has an opinion. And I’m the same! I was, Andrew and I and all of us, were a little surprised at some of the intensity of the dissenters. Like, it was very, very personal. Our HBO executives actually told us that people took our show more personally than almost every other show. I think Girls was the one they also mentioned.

BC: I think gay people would be more likely to go along with a dumb sitcom that didn't really try.

ML: People had already made up their minds in may ways before it had even aired. There was a trailer that came out and there was a think piece about how we don’t need another show with all gay, white characters. Did they not notice the two Latinos and the African-American in that trailer? And how could they even tell what it was about?

If everyone feels mildly positive, then you haven’t done something that’s very challenging or provocative.—Michael Lannan, Looking

There were so many people who totally loved and supported the show as well, so for me, the worst thing is not to be talked about at all. If everyone feels mildly positive, then you haven’t done something that’s very challenging or provocative.

BC: Do you feel the series was satisfyingly wrapped with the movie?

ML: I think we tried to wrap it up in a sort of classic-looking way where it’s not neatly tied up and there’s a lot of uncertainty, but it’s pointing toward an exciting and complicated future. Could it continue? I’ll put it this way—if we got the opportunity and the stars aligned, we would love to peek in on their lives again, but only time will tell.

(Images and GIFs via HBO)