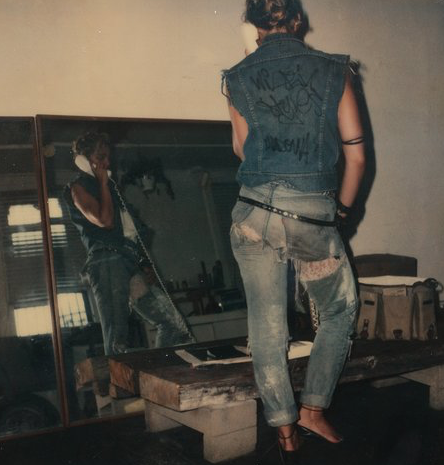 (All images by Richard Corman)

Richard Corman has granted an interview to Vogue, in which he reminisces about the time he took 66 (and there are probably a few others out there) Polaroids of Madonna one day in the early '80s, with an eye toward helping his mother cast her in a film:

“She was wearing white lace leggings under torn jeans . . . a jean jacket with graffiti on the back and the sleeves cut off, with these rubber bangles, more like friendship bracelets, that she would give away to friends. Her makeup was just so brash—these red lips, and she created that mole on the side of her face,” he says. “You’d say now that it was so chic—you walk into Opening Ceremony, Urban Outfitters, and this is what everyone is wearing—but she was a visionary. It was so bohemian and gritty and down-to-earth. She was going to vintage clothing shops. She had great taste—and you can’t teach that. And the dress, I swear she paid $2 for the gown, and it was so exquisite.”

Even more importantly, Corman's next Madonna book is on sale now — only 500 copies of the most limited edition will be available, so act fast and click here. 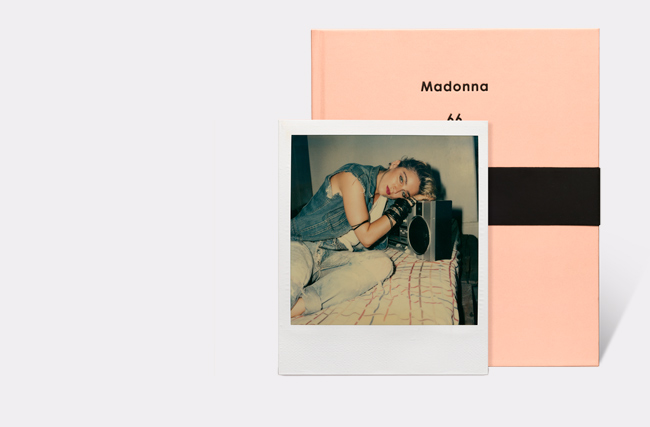