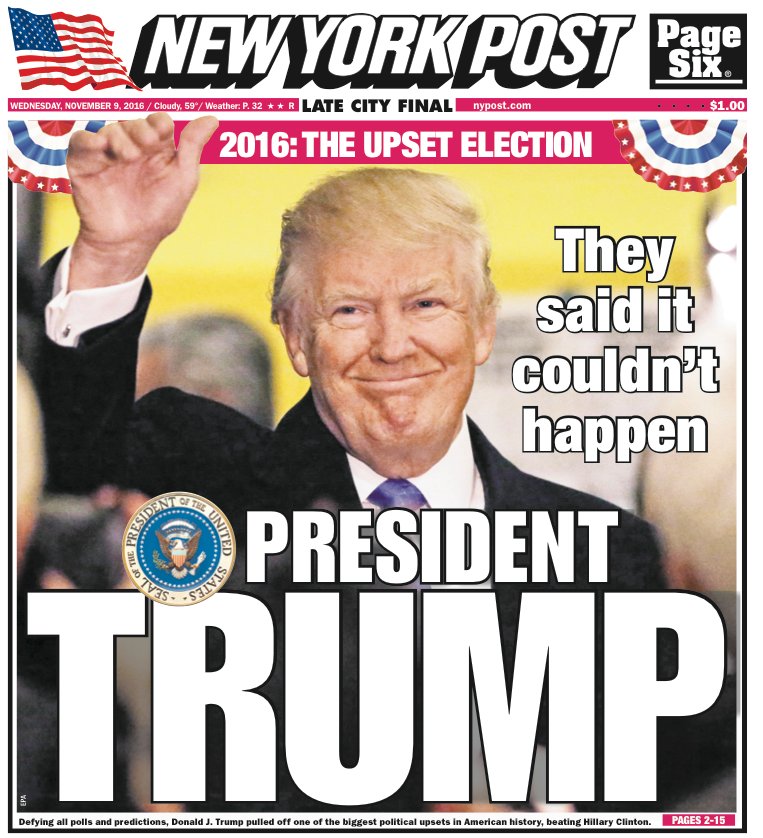 Trump had a disastrous meeting with the media, in which he called them liars & lost his shit.

Immediately after he became president-elect, Trump called in a biz favor to the Argentine prez.

Post-election, more approve of Hillary than Trump. Margin of error: A presidency.

Hillary won the election she lost by — so far! — 1.7 million votes.