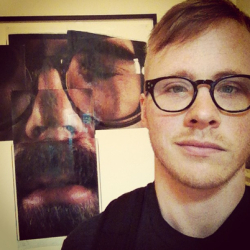 Like so many great essays, it's not 100% about the thing you think it's about, and there are going to be passages that most gay men will recognize.

On how AIDS has always informed his sexuality:

My generation of gay men came after the plague but before the pill. What I knew was that fifty thousand people died in the U.S. in 1995. I was thirteen. What I knew was that sex kills, that no pleasure is ever free of worry, of death. The first thing I learned about sex was Kaposi's sarcoma lesions, gaunt thirty-two-year-olds on TV. I became a gay man and a scientist with a background in microbiology and biochemistry. Viruses have always fascinated me for being so complex and yet so simple, for being so deadly with so few genes.

On the tendency to have condomless sex as soon as you're in something like a relationship:

We'd been having unprotected sex for a year. I've always had unprotected sex with my boyfriends, a sign that we cared for each other, that we had built something like trust. I insisted on couples trips to the free clinic after three months of monogamy. I loved this man in part because his sex seemed so free, so out of my control. I begged him not to put me at risk. I told him my body was in his hands. He looked me in the eye and said I could trust him. I did trust him. After I caught him cheating, we used condoms. I got tested. He said that he never had raw sex with anyone but me, that it was an intimacy I alone had earned. I believed he was telling the truth. I trusted that he only cheated safely.

Read more at the Voice.