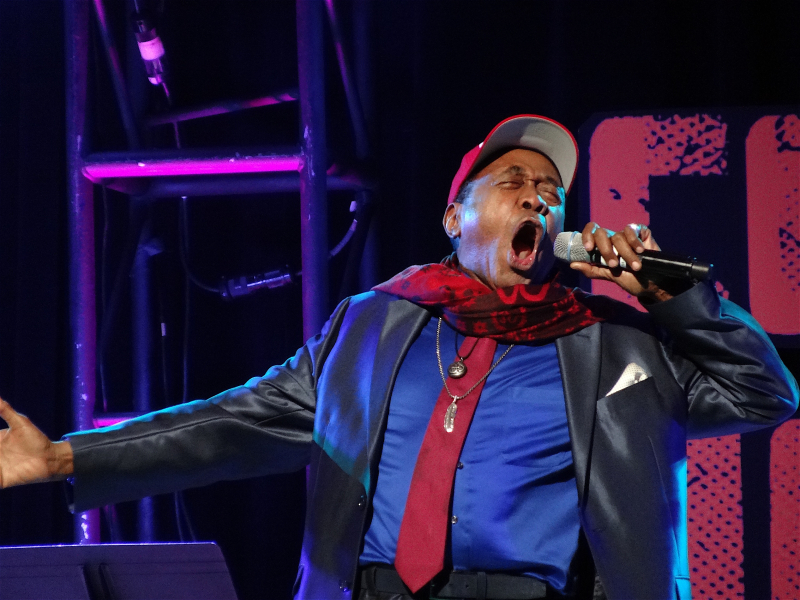 Ben Vereen gave it all he had!

The concert was streamed live on numerous high-profile platforms (People Magazine, among them), and will air once more at Concert4America2017.org on Sunday night at 9 p.m. ET.

Kelli O'Hara beautifully belted out “A Cock-Eyed Optimist” from South Pacific, setting the theme as that of: HOPE.

If you buy the tune on iTunes, the money goes to the Orlando GLBT Center and The Trevor Project, 50/50. 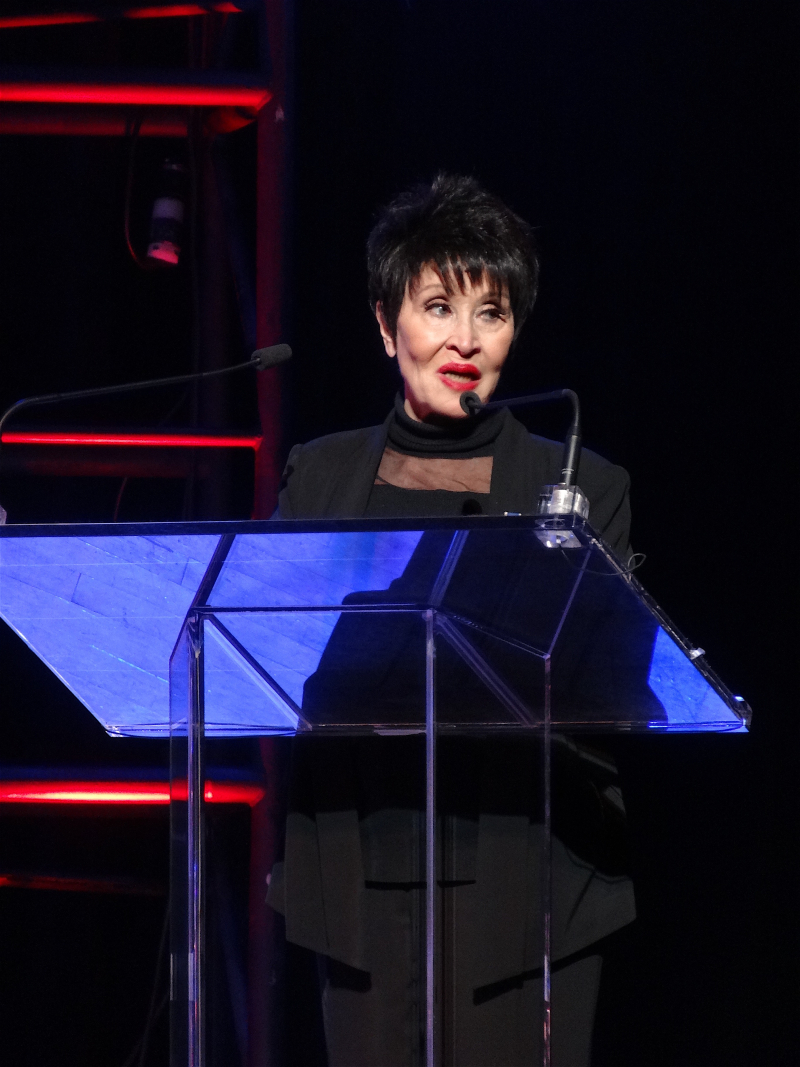 Rosie Perez offered a hilarious personal story about not choosing poverty and not hating all nuns. She introduced living legend Chita Rivera, who sang “America” from West Side Story, still moving with ease and offering high kicks at 83. She admitted she was blown away that the musical's original cast recording is 60 years old, marveling aloud that she's still running around “like a 35-year-old.”

Kate Mulgrew introduced the electrifying Betty Buckley (pictured; video still via Concert for America), who sang the hell out of the Kate Bush/Peter Gabriel song “Don't Give Up” that was utterly heart-tugging.

Judy Gold's comedic interlude was a nice opportunity laugh ahead of Jessie Mueller's “Beautiful.” Speaking of which, Billy Porter's new single “Edelweiss” could have been written to cheer up the I'm Still With Her crowd.

The Edelweiss flower reminds us that we can and must flourish in the darkest of times. #blessourhomeland https://t.co/pM735IYbxO

I found Caroline Rhea to be hysterical. It was a shocker when she said that she, like Mariah Carey, looks fat no matter how thin she gets, but maybe it was a welcome flash of teeth with everyone preaching about loving our enemies.

I think my musical highlight was actually ageless Stephanie Mills serving up 1980s “Never Knew Love Like This Before.” She's sung it a million times, but it sounded as fresh as she looks.

The president of the NAACP gave a fiery speech that got one of the evening's standing Os, leading into Brian Stokes Mitchell blowing everyone's minds with “America the Beautiful” and “Wheels of a Dream.” It was such a preach moment. Rivera returned to the stage to announce that the performances had “destroyed” her. She got angry speaking about Trump's abandoment (already!) of all arts and humanities funding.

Though I'd have been intimidated to follow even a spoken-word segment by Rivera, Carrie Manolakos followed up with an aggresive passive and pretty “Hallelujah.” 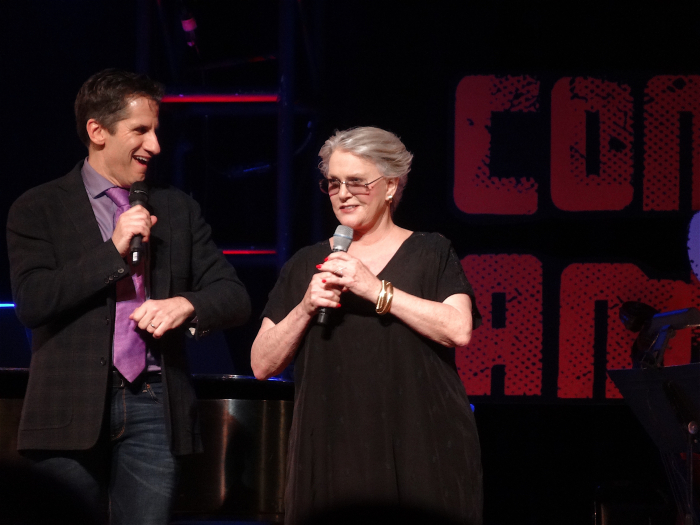 Sharon Gless was a fun surprise — even she admitted she isn't a Broadway person... “yet!” I've loved her since her short-lived series Turnabout. She told a fascinating story about her work on the TV series House Calls. A decent hit back in the day, the show had starred Lynn Redgrave and Wayne Rogers, in that order, until Redgrave asked to nurse her baby on the set and asked to be paid as much as Rogers. For that, she was fired, and they replaced her with Gless, who asserted that she was the last-ever contract player in Hollywood. Gless knew she was a cheap replacement and was mortified, but had little choice. She reported that upon meeting Rogers, he gloated that he could have saved Redgrave's job had he wanted to. Okay then!

After the show wrapped, Gless threw a party for the cast and secretly called Redgrave to come to the party and pretend to get into a fight with her to psych out the cast, which they did, scaring the hell out of the cast. Then they made nice and everyone died.

Funny story, and also an infuriating story. That icky male chauvinist Wayne Rogers, formerly of M*A*S*H, died a year ago on NYE after being a glib Fox News guest for years. Wish I'd been there to get Sharon's autograph. Her segment bled into a quartet of vocalists spitting out “I'm a Woman,” including Shayna Steele. Interestingly, it's kind of a regressive song if taken literally, yet is infused with a clear, early feminist vein.

Died laughing at manic comic Michelle Collins — I'd never heard of her, but she was pretty out-there and had me giggling. Piper Perabo was there on behalf of the Sierra Club, sounding very serious about nature. Judy Kuhn revived her “The Colors of the Wind,” a song inspired by the group's mission.

Bebe Neuwirth was too shaken up to say much beyond offering several quotes on the topic of carrying on, but she was able to intro Ben Vereen. The trouper brought down the house singing “What a Wonderful World” and leading Wesley, d'Arcy James and the cast in a spirited rendition of “Let the Sunshine In” — a song he sang in the original production of Hair.

Watch the full show below (if it's still up). If you missed it, take heart — there are plans for a similar get-together MONTHLY ...