This sounds like a great idea for combatting the wave of anti-LGBTQ (for starters) policies and attitudes about to be unleashed by the — gulp — Trump Administration:

SANCTUARY, a home for feminist/queer/minority voices will take up residence at HERE beginning on Inauguration Day, Jan 20th as part of the Sublet Series. SANCTUARY is a pop-up venue for artists and activists to come together as a community and respond to current events, in particular the fears and anxieties felt in anticipation of the coming administration.

SANCTUARY opens on January 20th with an Inaugural Ball and continues with a full month of work by more than 50 different artists from a wide range of backgrounds. The schedule includes new theatre works; panel discussions with major arts leaders; and a variety of dance, concert, and other non-traditional works.

SANCTUARY will transform the mainstage at HERE into an immersive venue that draws on the history of activist/counter culture spaces. Audiences and artists alike will commiserate, process, grieve, organize, learn, and ultimately unite in celebration of the values we refuse to let America turn its back on.

Among the most interesting offerings:

Direction of the Marquis de Sade by S.P. Monahan

The lunatics are running the asylum. After two hundred years in confinement, the Marquis de Sade revolts against the doctors and attendants at the asylum of Charenton. Having successfully overthrown the established order of the world, de Sade stages a “victory performance” inspired by the rise and fall of Hillary Rodham Clinton for his captive audience.

In Theory: Notes on Home, Love, Diaspora, and Failing Adulthood by Cristin Gordon 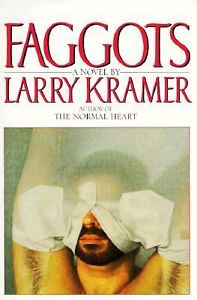 A spoken word/dance fusion about converting the pain of our past into the resistance of our future. The piece seeks to provide relief for trauma, incite empathy, and center the marginalized within our own narratives of navigating a sociopolitical climate that was not built for us.

Next Fagg*t Nation by Scott Davis and Spencer Armstrong

Utilizes the groundbreaking novel Fagg*ts, a variety of gay literature, and investigative interviews with gay men, artists, educators, and influential drag queens as a catalyst for examining the current gay landscape. It holds a mirror up to the younger generation of gay men to bring a call to action; the fight to acquire knowledge of the past in order to make future change is not over.

Get your tickets for these and the many other performances here.