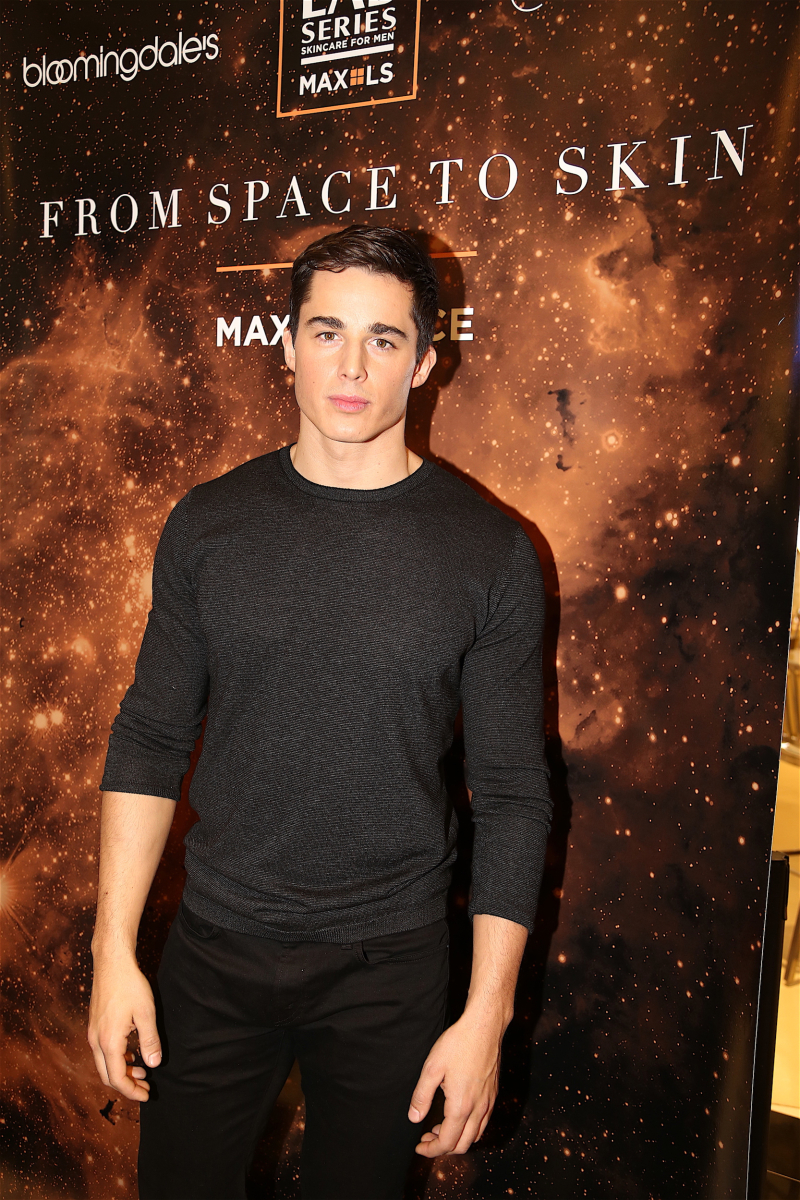 From my “shoot” with Pietro Boselli! (Images by Matthew Rettenmund)

Yesterday, I randomly heard that “world's sexiest maths teacher” (the Euro phrasing is so much hotter!) teacher Pietro Boselli, who's in NYC often, was doing a meet-and-greet at Bloomie's — I decided I'd go if I could swing it. 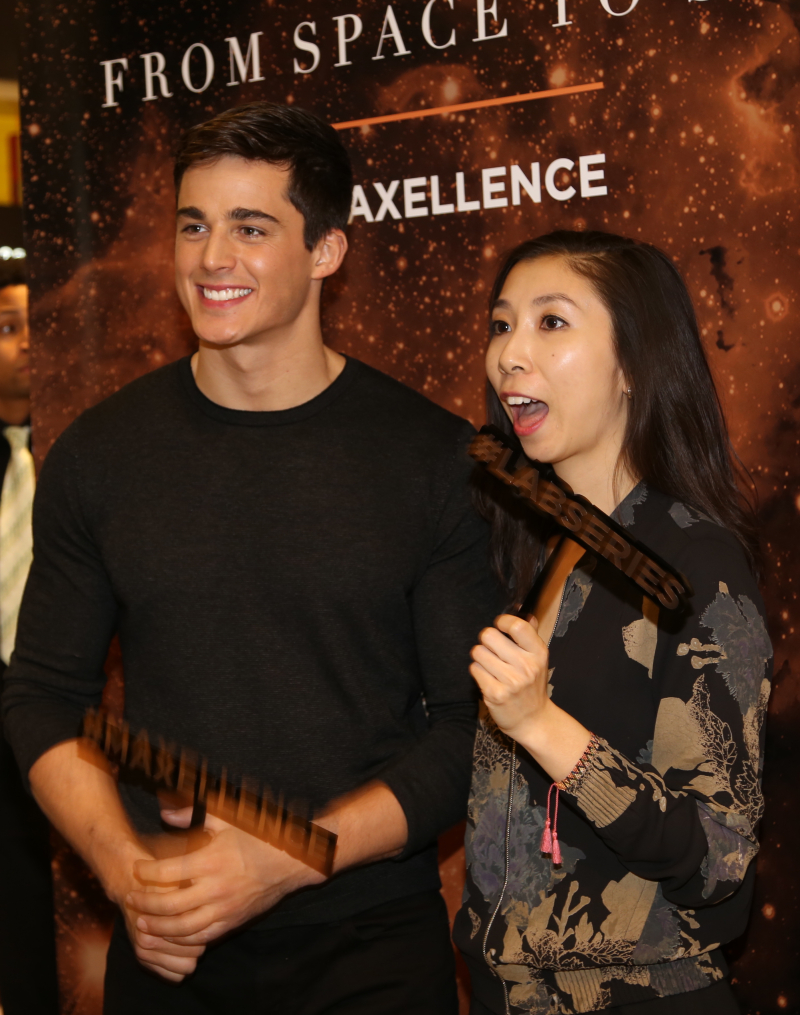 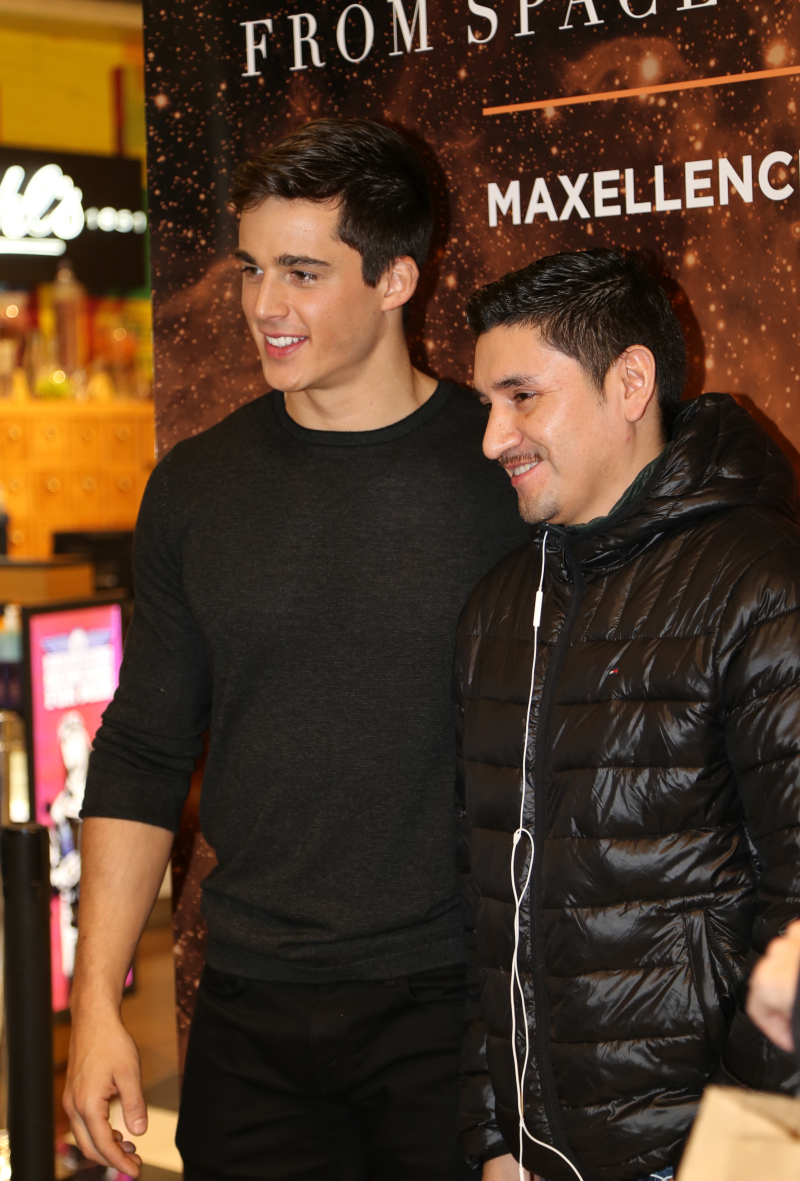 Pietro with some new pals

My shift ended at 6 p.m. and his appearance was slated for 5 p.m. - 7 p.m. and with travel time, I figured I'd arrive 6:30 p.m. Well, first I had a subway snafu, running from one to another, only to find the re-routed train wasn't. So then I started walking across town, and wound up in a slow-moving cab.

I walked up to the event at 6:56 p.m. to find Pietro posing in front of a backdrop advertising the new Lab Series line Maxellence (a line of skincare he is decades away from needing and that I am decades too late in trying). His PR was pulling him, but I asserted I was there for my agency (I was) and that I needed a pic-with, too, and a very nice employee took my pic with him.

It was from kinda far away and not how I'd have done it, but he was so nice to help! 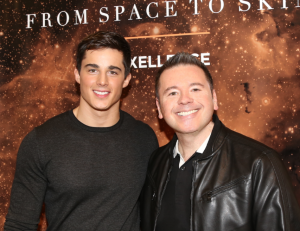 After that, I was able to grab a handful of posed shots of Pietro.

All I really did was shake his hand twice and feel his back (no groping), but he seemed nice, if dazed, I was ultra-dazed, having huffed and puffed over. Puffed is the operative word — man, standing next to a 20something vision really doesn't make one feel fresh.

Glad I made it! I'm looking into the products now. No shame there; I have a 19-year-old actor friend who is convinced he needs an eyejob and fillers.

I remember the first time I ever saw skincare products for guys — it was at Marshall Field's in Chicago and I did a double-take. There was no more than a small table of goodies, but it included makeup. I felt transgender merely glancing at it, which at the time was a nervous feeling of being caught red-handed. Now, I wouldn't flinch about indulging in vanity. 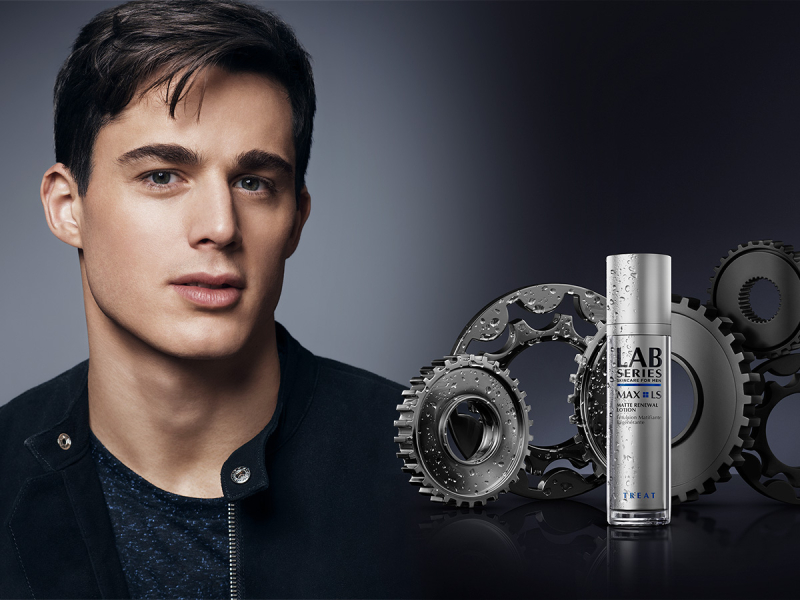 Hey, Trump's gonna get us killed anyway, so we might as well die smooth-ish.

Check out the product Pietro was plugging here.