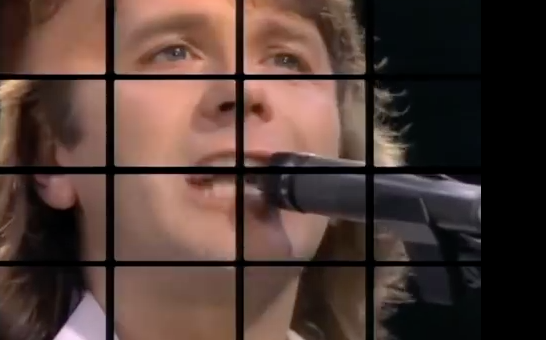 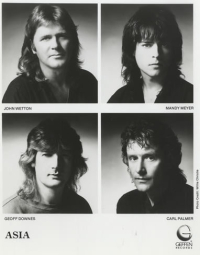 has died at 67 of colon cancer.

Wetton had recently canceled upcoming tour dates to embark on a new cycle of chemo, but seemed optimistic that he had more time left.

I loved that first Asia album. I remember being captivated by the Heat of the Moment and Only Time Will Tell music videos, with their cheesy (but, back then, new) visual gimmicks, like the slow-mo face slap, the flaming cymbal, that hammer-crushed hourglass, the TV screens with disembodied faces, the gymnast's eternal flips.

(I also found the drummer, in his skintight white vest, awfully cute — he had such a good time making that first video. Carl Palmer?)

I kept up with them through their next record, too, with these gems (love the Indiana Jones knock-off):

Wetton is survived by his wife, a son, a brother and his mom.