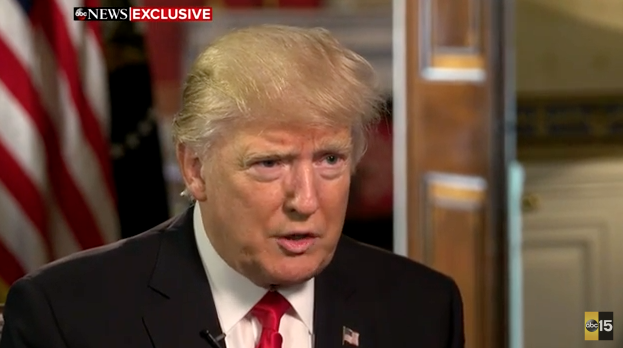 Trump in his first interview as, gulp, POTUS. (Video still via ABC)

Mattis reportedly had no idea Trump was going to toy with bringing back “black sites.”

Dems in the Senate are not on board with freezing out Trump — Warren okaying Ben Carson for HUD despite her reservations.

That “screw our president” kid was (Libertarian) Drew Carey's son.