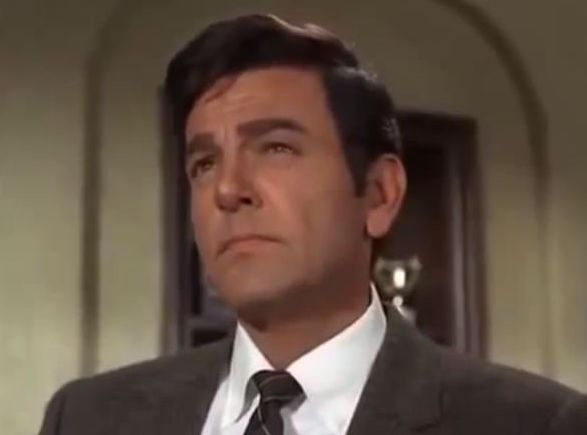 The year was looking slow on big names passing away, but 2017 looks to be playing catch-up — hot on the heels of the death of Mary Tyler Moore, long-lived TV star Mike Connors has died of leukemia at age 91.

Connors was best known for his star turn on the long-running drama Mannix (1967—1975), on which he played the tough-guy title character and for which he won a Golden Globe. Mannix was the last Desilu TV series, and as such Lucille Ball was an early champion of Connors', singlehandedly ensuring the low-rated show was given a shot at finding an audience — which it certainly did.

Connors posing with a fan, my buddy Mike Stern, within the past couple of years.

Connors started in the movies, and appeared in guest spots on numerous early TV shows.

The actor was fairly off the radar since the late '90s, but came out of retirement for a surprise appearance on Two and a Half Men in 2007.