And The Winner For Most Actress Is: Faye Dunaway Comments (0)

A friend reminded me of Andy Tobias's series of columns from 1997 about an unnamed aging Hollywood actress he referred to as Ms. Star.

The columns detail her demands of and reign of terror over a hotel while she was appearing in a play, and while Faye Dunaway is never named, details about wire hangers and Maria Callas (Dunaway starred in Master Class at the time) give her away.

The staff has begun to refer to Ms. Star as Mommie Dearest, after Joan Crawford, who used to stay at the hotel during her heyday, behaving in a similar fashion but adding her own signature quirks (sending ahead a 10-page list of instructions, cleaning her own bathroom on arrival, ordering vast quantities of vodka, requesting mountains of towels and NO WIRE HANGERS, etc.).

Fortunately, our staff and Ms. Star have come to somewhat of an understanding. They accept her abuse cheerfully, but in pairs. No one has the courage now to enter her suite alone.

For example, this afternoon Ms. Star was having trouble with her OWN PERSONAL fax machine (she brought her own; we just installed the line for it). She told the concierge to report to her room in ’30 seconds.’ On the way to her suite, he grabbed the front desk manager — who’s known for his equanimity in the face of the most outrageous guest behavior — and persuaded him to accompany him to the lioness’s hot, humid den. They knocked on her door, trying to look composed even as their hearts were pumping wildly. She took her time answering the door, then made them stay in the hallway until she had made one last attempt to fix the fax machine herself. Frustrated, she told them to come inside and work on it.

It turned out that the fax machine was in perfect working order — it was just that she was not familiar with sending faxes long distance (something her secretary usually handles for her, I guess). After they explained the problem and showed her the procedure, she berated them for failing to post the directions on her OWN PERSONAL fax machine. As the concierge opened his mouth to protest, the front desk manager poked him in the ribs. He, then, turned to Ms. Star and said with one of his most endearing smiles, “You’re absolutely right, Miss ———–. We should have done just that.” She dismissed them, and the front desk manager told me later, “I think she might have said 'thank you,' but I wouldn’t swear to it.”

I recommend you read each installment. They're written so evenhandedly, with Tobias and his concierge friend making quite a few charitable excuses for Dunaway's dotty rudeness before finally settling on the idea that she was just a bitch:

A Star's Suite Is Born

To Reach the Impossible Star

Now, let's hear about a different version of Faye, from my pal Alan Light: 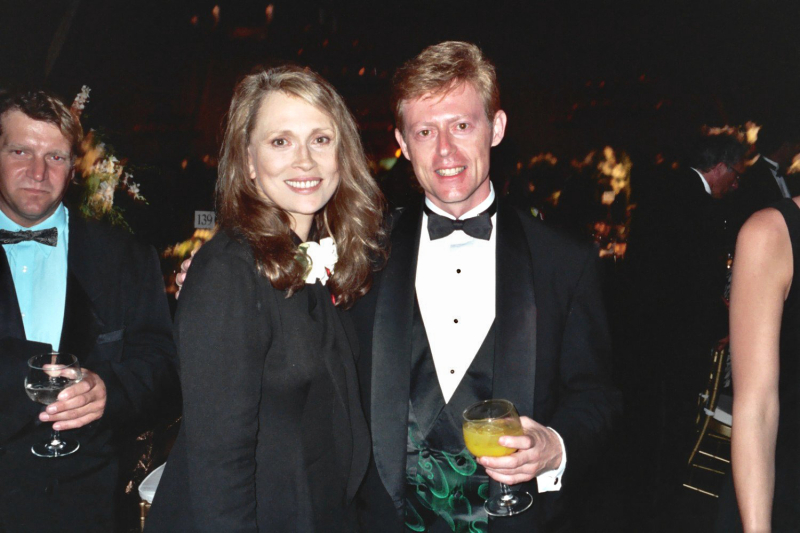 Reading about the Holy Terror that is Miss Faye Dunaway reminds me of the time she was nice to me — although it was because she asked for a favor from me, and the story ends with a typical Faye goof-up. 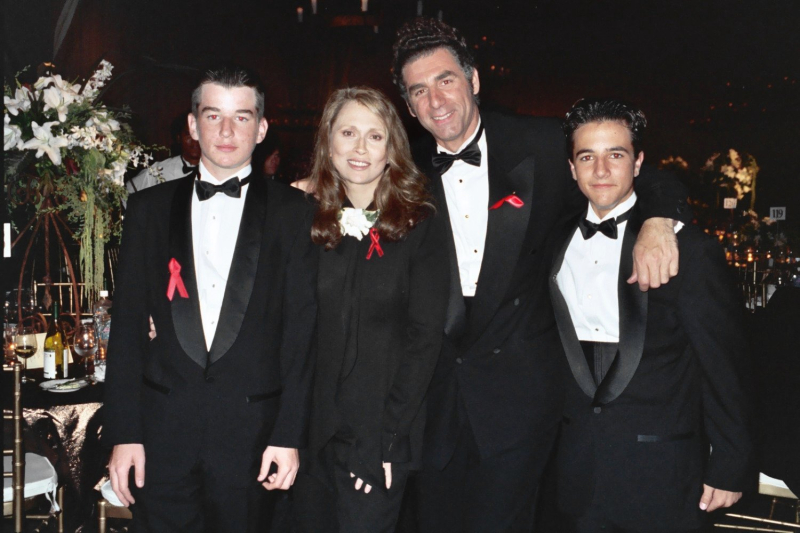 I was walking past Faye when spotted me with my pocket camera at the 1994 Emmy Awards Governor's Ball. She asked me if I would take some photos of her son and his friend with Michael Richards and mail them to her. She had been looking for a professional photographer in vain. Her kid was nuts about “Kramer.”  I was delighted, of course. I wanted pictures for myself anyway.

I took several photos of them and she also agreed to pose with me for one, and gave a genuine smile. 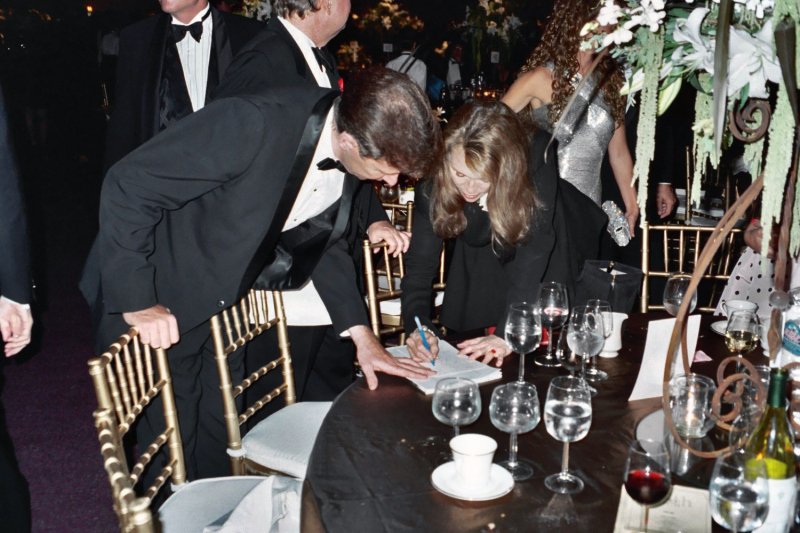 As the photos were being taken, Michael Richards kept saying to her, “Don't give him your real address. You don't know who he is. Don't let him know where you live,” yada-yada-yada, like I'm a stalker in a tux at the Emmys.
He said this right IN FRONT OF ME, as though I wasn't there. Um, I can HEAR YOU, Kramer. 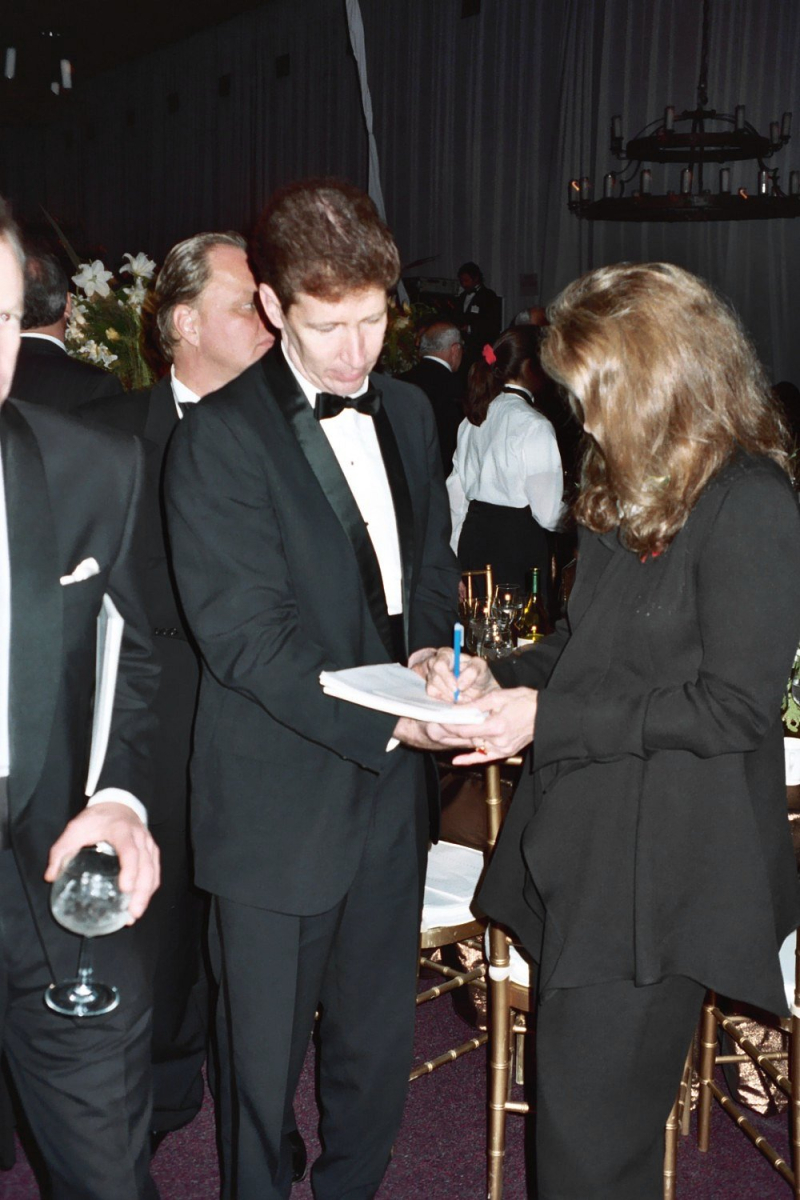 My friend Ken gave her some paper to write her address down on. The pictures turned out great and I mailed her enlargements.  A week later, they were returned to me. I assume she took Richards' advice and wrote down an address other than her home address ... and GOT IT WRONG. 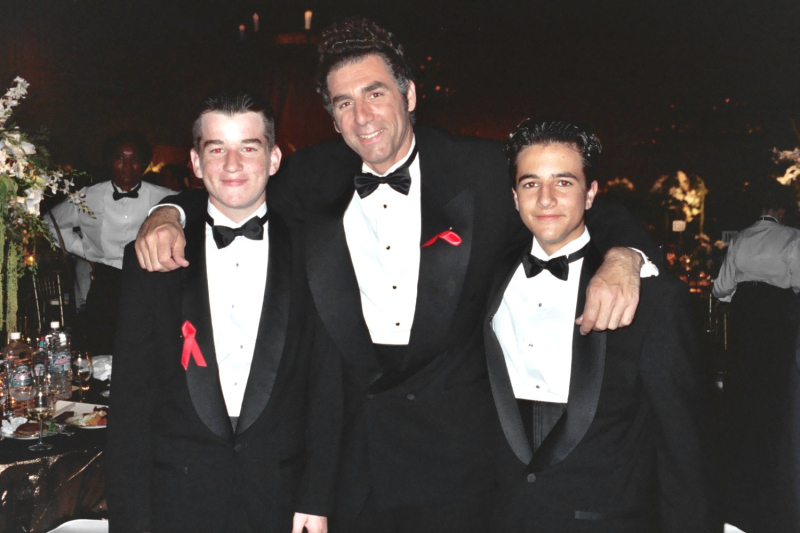 I tracked down her agent's name and address and mailed them off again. They didn't return to me, but neither did I get a thank-you note. I wasn't surprised. 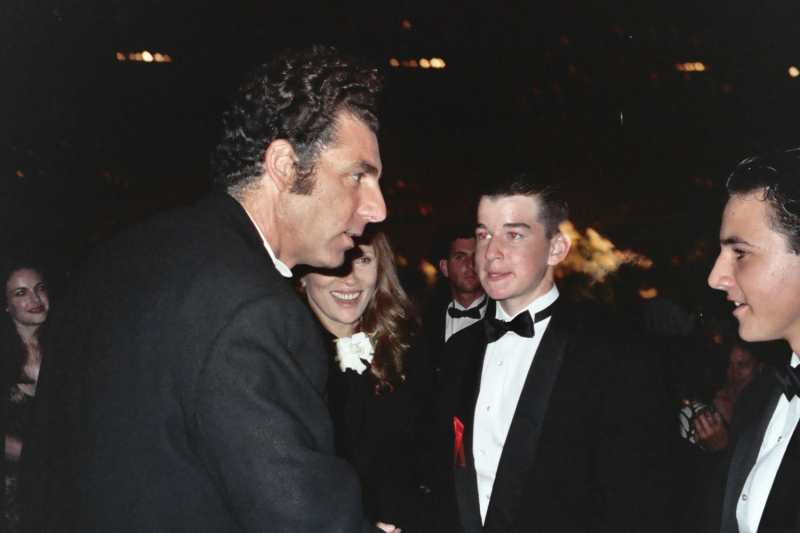 So, I have a rare story of Faye being rather nice for once.