Break It Up: FEUD Averted Comments (0) 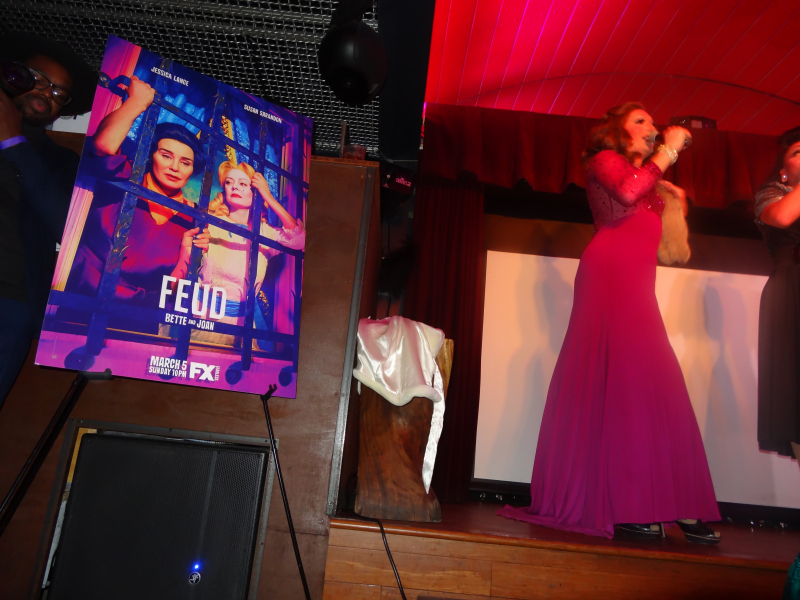 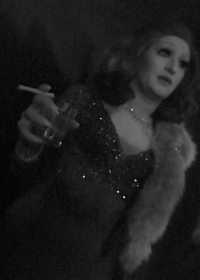 FX series Feud: Bette and Joan at Hardware in NYC last night, all about the making of What Ever Happened to Baby Jane? (1962).

Unfortunately, there was a technical snafu that delayed the showing too long for my schedule, so like Jessica Lange's Feud co-star Susan Sarandon did with logic and reason, I abandoned ship. Rigged! Rigged!

I did not, however, keep my promise to live-tweet my disappointment, which might've been appropriate considering the animosity between the film's subjects, Bette Davis and Joan Crawford. I guess my passivity may have indicated it was okay to fuck with me, fellas, but I'd like to go on the record stating it is not. 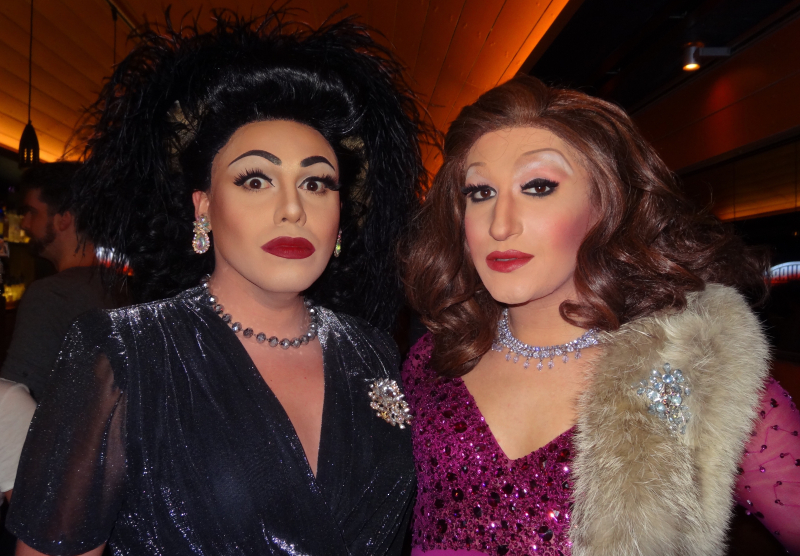 Still, I had fun with my pal, and one thing that wasn't a drag was the floor show by the talented ... let's go with ladies ... Pixie Aventura and Bootsie Lefaris. Pixie scored with the audience by combining Whitney Houston with Viola Davis (using Fences in ... let's go with ... her ... act! For a bottom, she's downright topical):

Feud: Bette and Joan airs on FX beginning March 5 at 10 p.m. In spite of how you may feel about Sarandon, I'm pretty sure you're going to watch it. 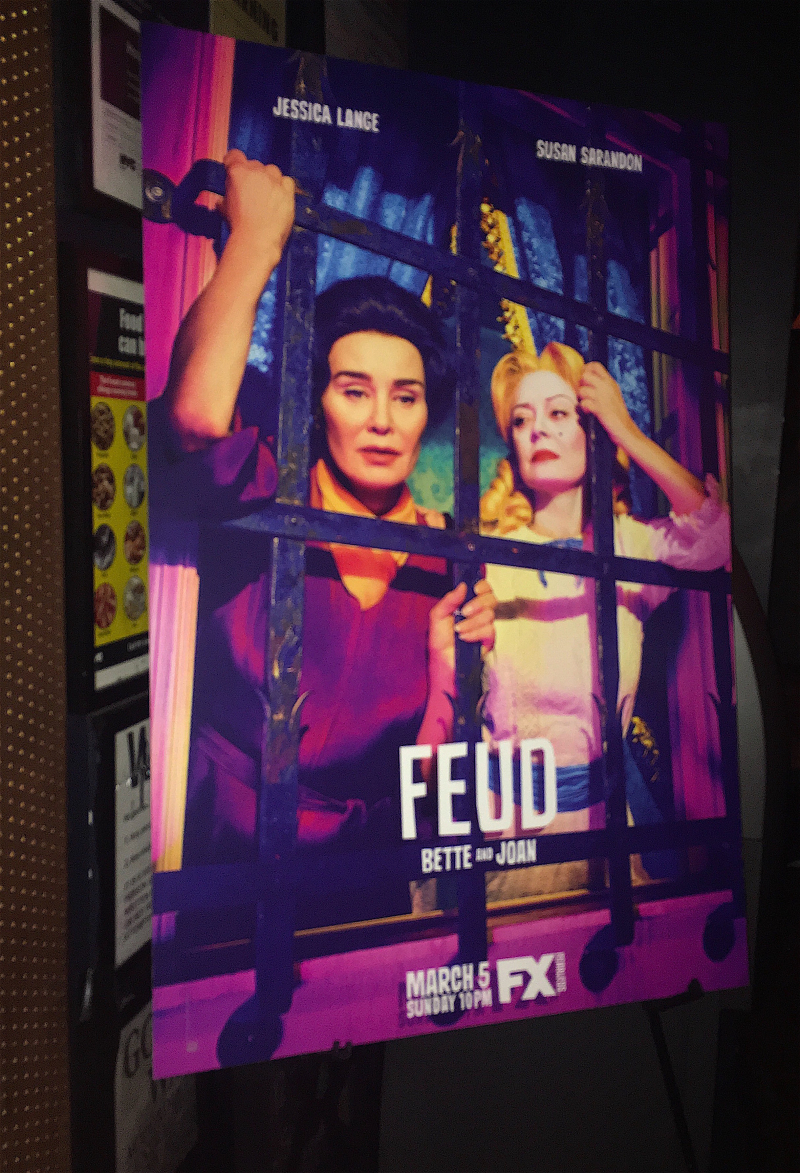 But ya are, ya are gonna watch this series!