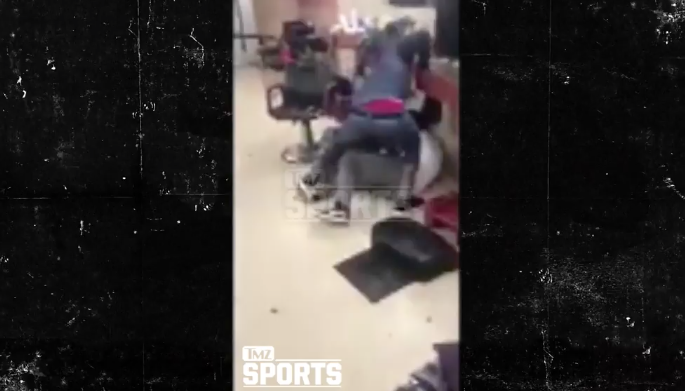 TMZ posted exclusive video of gay boxer Yusaf Mack doing what we've all wanted to do from time to time — beating the holy hell out of an online harasser.

Mack, sick of persistent anti-gay abuse from the man — confronted him in a barber shop in Philadelphia Saturday night, where he laid waste to the loser.

The beat-ee (“victim” seems overly kind) then posted more anti-gay prattle on Facebook, vowing that the two would fight again someday and stating he'd rather be beaten up than  be seen on video taking a dick up his ass.