Horndog From Canada Turned Away At U.S. Border — Due To Scruff Profile Comments (0)

It might sound ridiculous or even funny at first, but one Canadian man's story of being 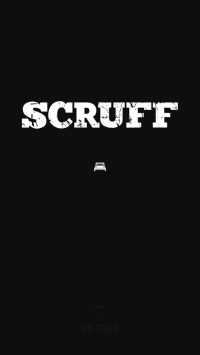 denied entry to the U.S. by border agents is actually downright scary.

As reported by Daily Xtra, a traveler from Vancouver was given extra scrutiny en route to New Orleans to visit a boyfriend.

This consisted of agents taking his phone and computer and demanding his passwords.

Around two hours later, after he had missed his flight, an agent returned and grilled him on his Scruff and BBRT (BarebackRealTime) profiles, asking what it meant that his profile said he was “looking for loads.”

“I could tell just by his nature that he had no intentions of letting me through. They were just going to keep asking me questions looking for something,” he says. “So I asked for the interrogation to stop. I asked if I go back to Canada am I barred for life? He said no, so I accepted that offer.”

A month later, he booked the same trip, this time clearing his phone of as much personal info as possible. Instead of helping, that hurt the situation:

When he went through secondary inspection at Vancouver airport, US Customs officers didn’t even need to ask for his passwords — they were saved in their own system. But André had wiped his phone of sex apps, browser history and messages, thinking that would dispel any suggestion he was looking for sex work. Instead, the border officers took that as suspicious.

“They went through my computer. They were looking through Word documents,” André says. “I had nude photos of myself on my phone, and they were questioning who this person was. It was really humiliating and embarrassing.”

“They said, ‘Next time you come through, don’t have a cleared phone,’ and that was it. I wasn’t let through. He said I’m a suspected escort. You can’t really argue with them because you’re trapped,” he says.

Are you telling me that agents with people's stored hookup-app and phone passwords aren't abusing them? Isn't it also very likely that gay people could be at a higher risk for being rejected at the whim of homophobic agents?

He lost two flights and around $1,200 due to the capricious actions of the U.S. agents.

And if you're thinking this can only happen to immigrants, think again — even Americans, who must be allowed in, can have their persona devices seized.