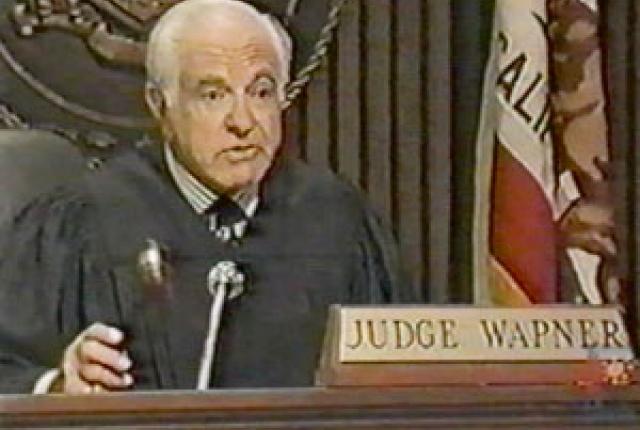 Via ExtraTV.com: He's been on my Stars Over 80 list forever, but all good things must come to an end — Judge Joseph Wapner, the retired star of the original incarnation of The People's Court for 12 years, has died at the age of 97.

Wapner, a real-life judge and decorated veteran of WWII, became an institution as he decided ferocious small-claims cases on TV, setting the stage for Judge Judy Sheindlin (whom he despised) and many other copycats.

Wapner was said to have suffered issues with breathing last week, and was moved to hospice care this week.