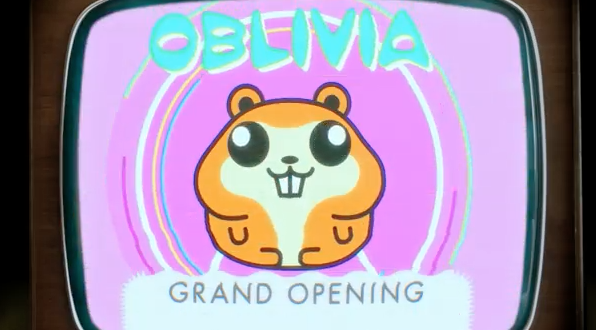 Never paid a huge amount of attention to Katy Perry. I remember loving the sound of her first album, questioning “Ur So Gay,” not liking Teenage Dream much and even getting a note from her publicist asking why on earth I didn't have a Katy Perry category on my blog.

Yeah, that's how long I've been around — long enough that I remember a time when Katy Perry's publicist cared about Boy Culture for a hot second.

But I definitely like her more esoteric, melodramatic songs, and I am utterly hooked on “Chained to the Rhythm” after initially being fairly unmoved. I feel like it has a propulsive pop beat reminiscent of delightful junk like “Rock On” by Michael Damian and “The Safety Dance,” yet the music is so “Ain't Nobody” by Rufus & Chaka Khan. Plus, the lyrics are smart and provocative considering she's supposed to be fluff and nothing more.

I can not get the chorus out of my head — and I don't even like music anymore!

Now, after that totally distracting lyric video, it looks like February 21 will be the drop date for her official video, at least according to a mysterious announcement (what else?) video, which also features a George Takei voice-over ...