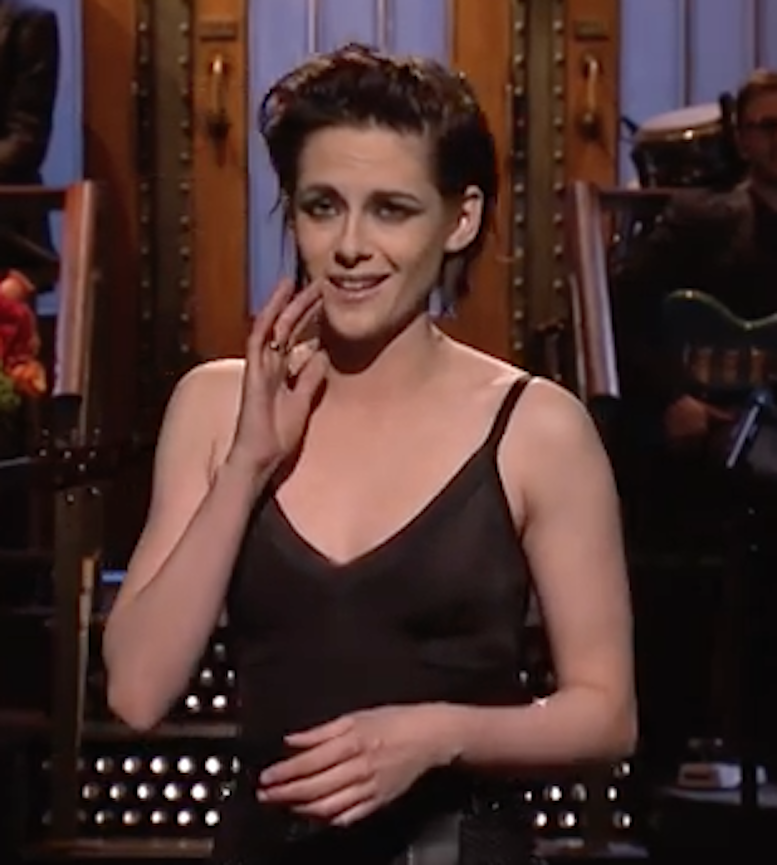 Kristen Stewart was the world's biggest pain in the ass to work with back when I ran a teen mag and she was the It girl of the moment, thanks to Twilight. In fact, even before the movie wrapped, she was sour to my bubbly reporter on the set, acquiescing to do a quick happy birthday video for my magazine's anniversary, but doing it with palpable contempt.

That's why I found it humorous that she skewered her too cool for school image in her SNL monologue last night, another reason I have to continually reassess her. (The other being her coolness about discussing her relationships with women and her acting, which I find to be top-notch over the years.)

But along with having a sense of humor about herself, Stewart also specifically referred to herself as “like, so gay, dude” in her monologue, and she skewered Donald Trump for his embarrassingly juvenile tweets about her.

Watch the killer monologue, which ends with an oopsy-daisy F-bomb ...