You're Just Jealous 'Cause You Can't Be Me: Michael Griffiths Shows He CAN Be Madonna Comments (0) 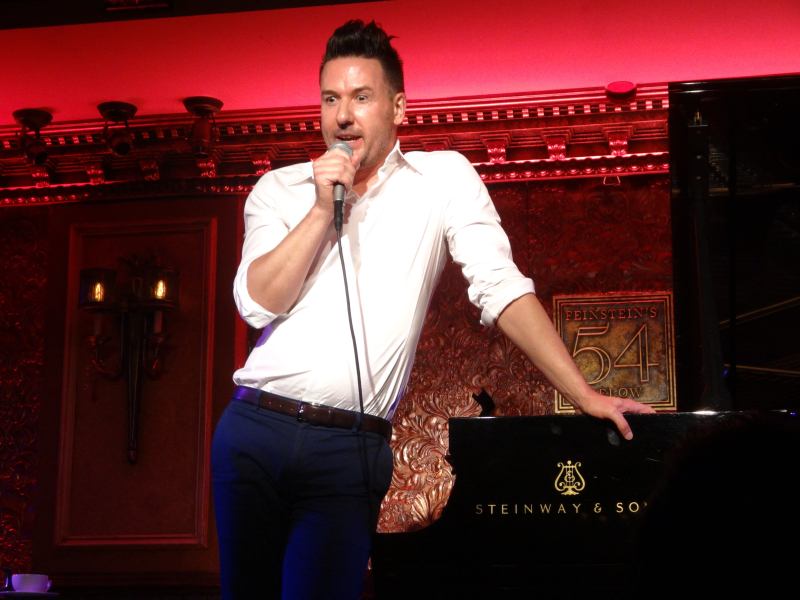 You were expecting Lady Gaga? (Image by Matthew Rettenmund)

Tuesday night, I took my Encyclopedia Madonnica 20 designer Anthony with me to 54 Below 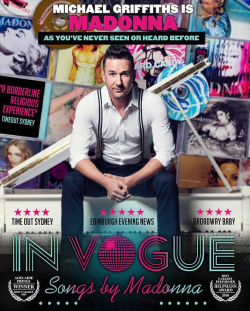 for an evening of expensive scallops, microscopic dessert and a waiter who was serving ass for days, so we could take in the one-night-only show by crooner and pianist Michael Griffiths, In Vogue: Songs by Madonna.

If you've never seen or heard Griffiths, he's a nattily dressed cabaret performer who brings to life the oeuvre (said with all of Madonna's pretension) of the Queen of Pop, giving her songs the Cole Porter treatment while sardonically narrating her life and career.

The part of his show that takes some getting used to is that Griffiths addresses the audience as Madonna, but doesn't attempt to mimic her voice. For die-hard fans, his needling of Madonna's grandiosity and, at times, even her songwriting skills, can be alarming, but as the show unfolds, it becomes increasingly clear that he's the type of person to keep his friends close and his icons closer. 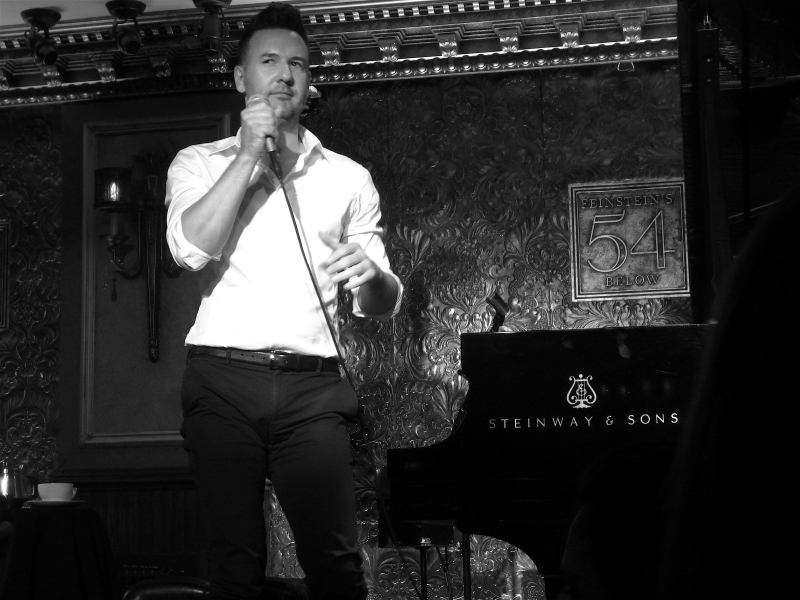 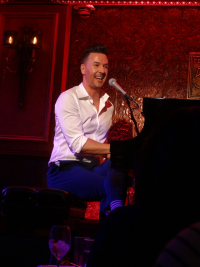 Griffiths has a beautiful, clear voice that he uses aggressively, squeezing out phrases brusquely and with precision. At times, his renditions were so fabulously inventive and fun to hear (“Die Another Day,” for example), it was frustrating that he would cut things short in order to be funny ... but funny he was.

Some of the songs that received relatively full renditions include her obvious best work, like “Vogue” and “Like a Prayer,” but one highlight of his curation was his selection of “Cry Baby” from I'm Breathless: Songs from and Inspired by the Film Dick Tracy, a gem of a tune that he rewrote in order to skewer Madonna's failed marriage to Guy Ritchie.

For me, the most interesting part of the show was a brilliantly compiled mash-up arranged to capture Madonna's movie career (aw, he referred to Evita as a Musical and/or Comedy), using snippets of her movie songs to sketch her (now long gone) desperation to be accepted as an actress. It was probably his most intelligent use of his spoken-word vs. sung-song approach, and was a harbinger of the poignancy he achieved by show's end. 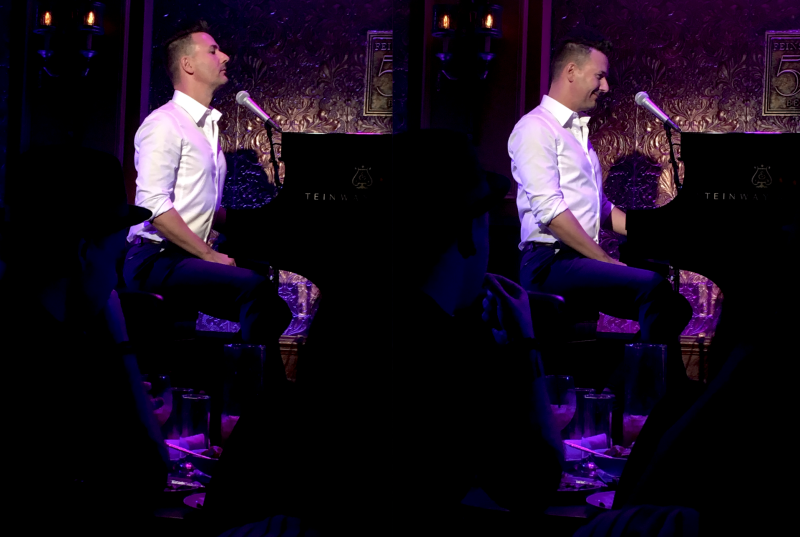 Griffiths is currently on a mini-tour, singing the songs of Cole Porter (presumably sans bitchy asides about Cole's contempt for Lady Gaga). Catch him if you can regardless of what he's warbling, but if you get a chance to witness him being like a Ciccone, live out your fantasies of Madonna as torch singer there with him. 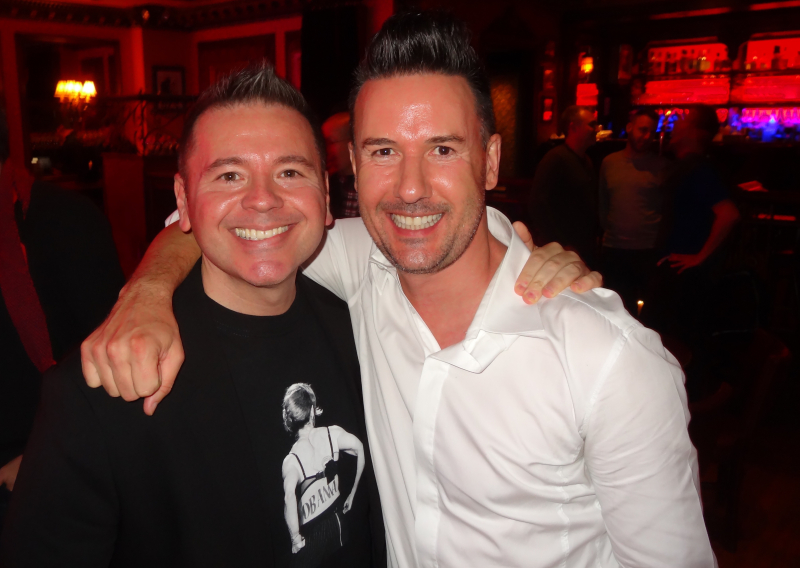 My flash almost died waiting for this! (Image by Anthony Coombs)

Set List (Which Does Not Reflect Many Snippets Used)

“Borderline,” “Dress You Up,” “Open Your Heart”

“A View to a Kill” by Duran Duran

And finally, I was not joking about the waiter: 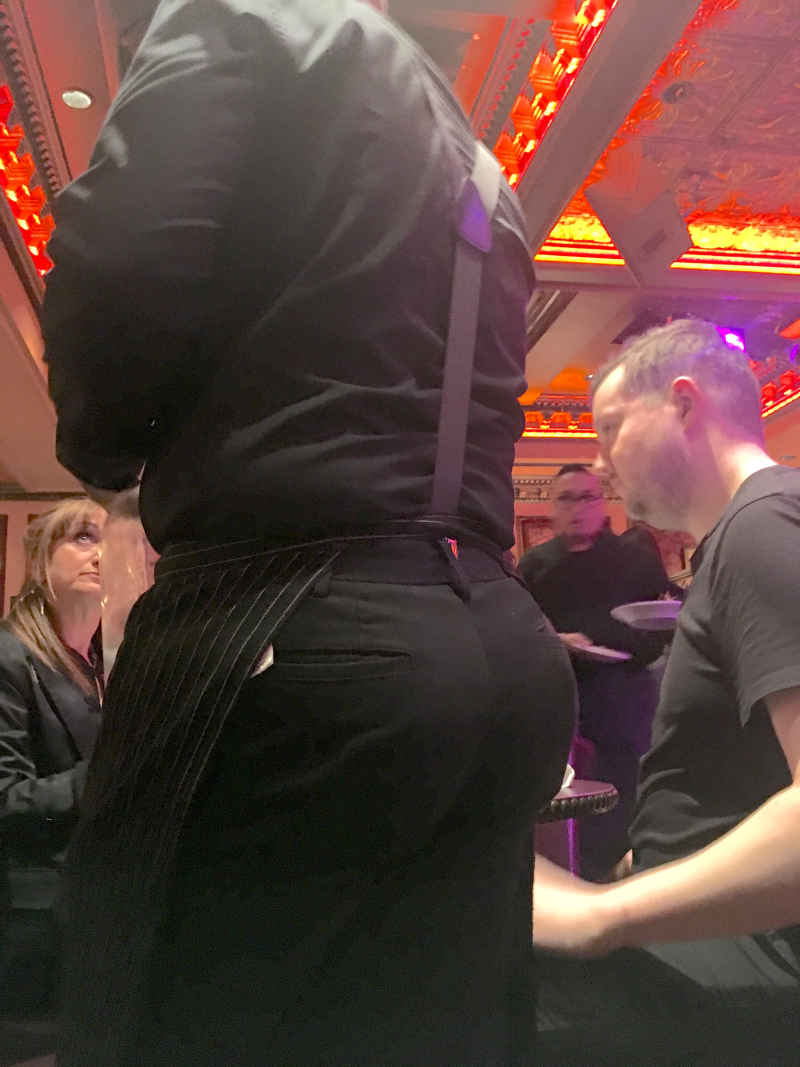