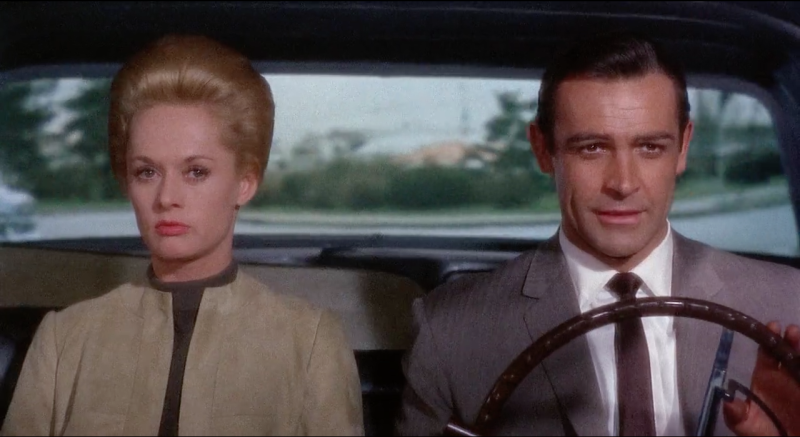 I've always kinda loved Hitchcock's twisted 1964 flick Marnie, a claustrophobic thriller that feels a lot like how Tippi Hedren probably felt toward the lecherous director during its making. It has eye-popping color, freaky sequences you'll never forget, some deliciously hammy acting and more fake-driving-in-the-car sequences than any film that ever came before or after.

But for an alternate take, check out a juicy read on the film that includes this passage:

Hitchcock apparently couldn’t be dissuaded from using heavy-handed effects in which to hit audiences over the head—like the red light special filter whenever Marnie literally sees red! Or the zoom lens, in and out, whenever Marnie is under great stress. What’s it all about, Alfie? We get it, we get it—it’s SIGNIFICANT!

Marnie, the master of disguise, sports wigs and/or dye jobs, the worst of which is a jet-black number perhaps borrowed from Diane Baker’s Strait Jacket co-star, Joan Crawford.