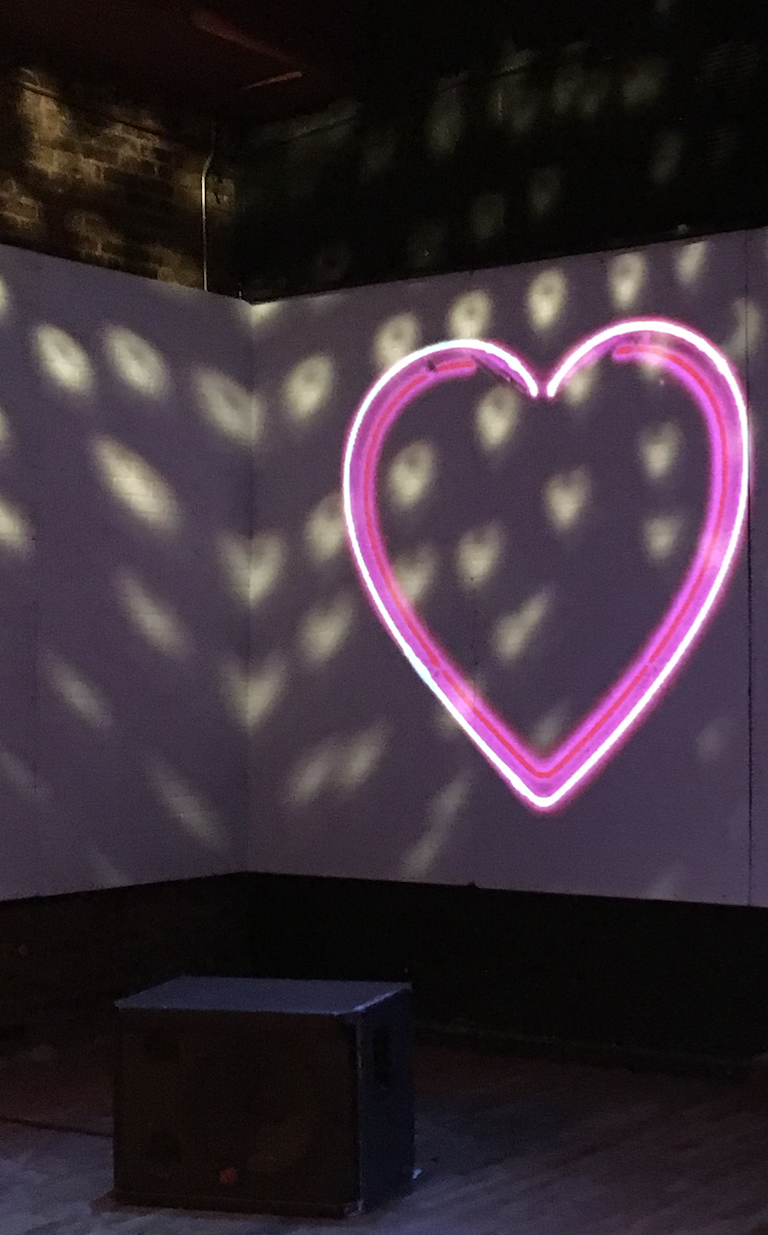 A story with heart (Image by Matthew Rettenmund)

My cultural benefactors John & Sheldon — not really, but they do get me to go see things I'd otherwise not get motivated to see — invited me to David's Friend, the show by Unitard comic Nora Burns, a few weeks ago. I bought my ticket knowing next to nothing about it. By the time I entered the Club at La Mama this weekend, it was already touted as a hot ticket.

Check out my 2015 Unitard review here! 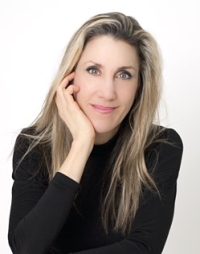 remembrance of the original best friend forever, David, a fellow Massachusetts teen who joined her in running off to NYC at the end of the '70s, and the beginning of what would beecome a live-fast-die-young adventure.

Over time, the eventual artist has been driven to memorialize their toss-my-salad days, when she stripped and he hustled and both did so many drugs this might be why Quaaludes became scarce, and when both became friendly with the types of artists drawn to the city back when it was seedily affordable. She is reliving that era onstage in a joyous way that gives contact euphoria and a sense of connection to the audience, and also in a way that sloppily and then — with unexpected precision — provides a sketch of her fallen friend and their eternal friendship so vivid it's hard to believe he wasn't a member of the cast. 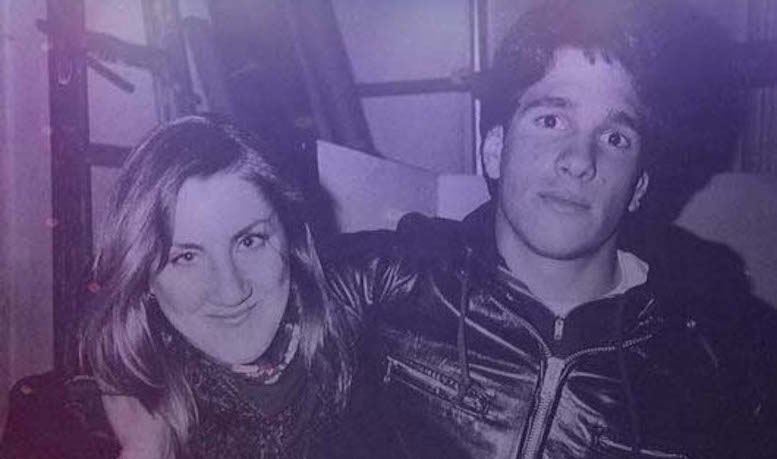 Back in the gay: Nora & David (This & photo booth image via Nora Burns)

At times, it's as if she is taking our hands and putting them into her side; her approach to show and tell is to skip both and instead to conjure and to make manifest.

The story is deceptively slight; the two danced their asses off. In fact, they met dancing on a speaker and seemingly only climbed down when he eventually became sick with AIDS and when she, later on, settled down with a husband and children. Their time on the speaker sounds like a mad dash from one party to another, and from the safety of suburbia to the more interesting, more dangerous nooks and crannies of a city that no longer exists.

While nostalgic and affectionate, the show is never whitewashed — plenty of STIs, jealous fits and jobs from hell are recalled, and her Valentine to NYC is spiked by a recurring image of the city in the '70s and '80s as a pile of junk teeming with rats and predators. But if you're one of those people who thinks the city is now a Giulianified shell of its former self, you will understand her longing for not just her friend but their grimy stomping grounds. 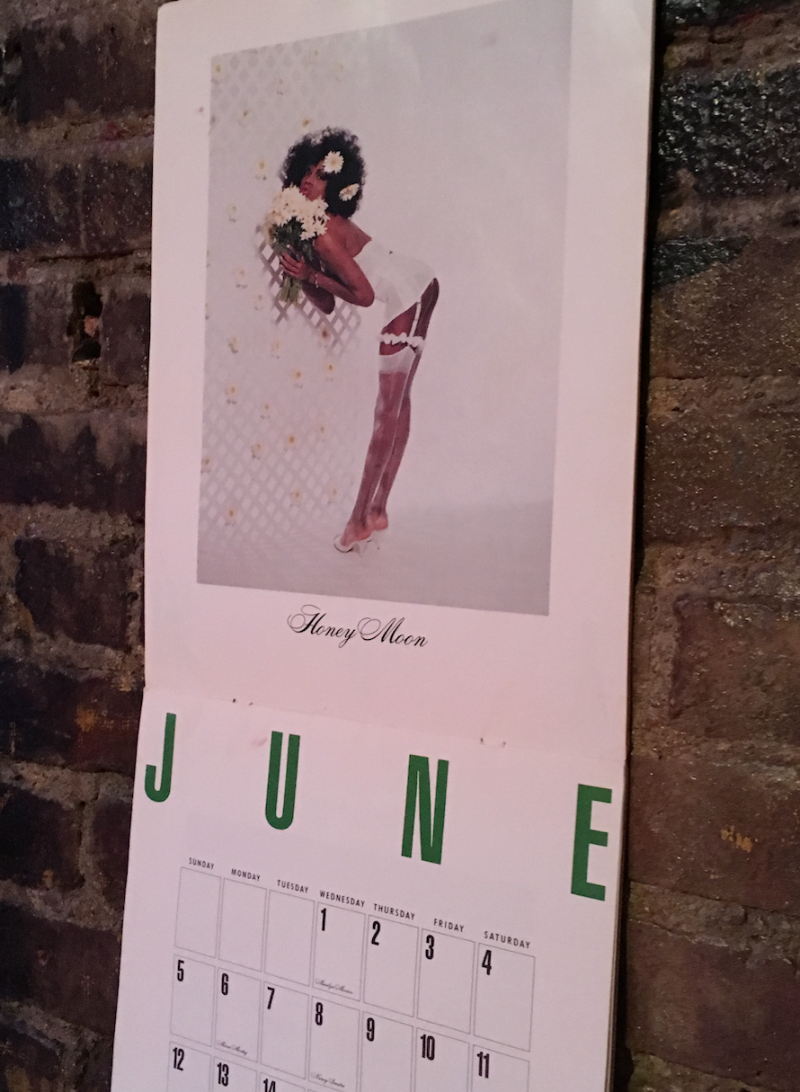 Nora's delivery is utterly sincere. It is also funny, except for when it veers into 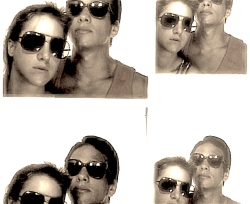 sadness, when it becomes difficult to imagine how she puts herself through such a naked (and public) connection to still-raw grief each performance.

She is so uncompromisingly honest, it might make you squirm when she cheerfully announces she needs gay men to provide the witty Oscar banter these days (she's got to be kidding! she's hysterical!) or when she drives home that she is a classic fag hag. There is a degree of supplication, but I think it's also just a reflection of her devotion to the best person she ever met.

David is beautifully remembered in this warm and scrappy show in a way he may never have been able to imagine, knowing Nora as he did then — and never getting to know Nora as she was later, is now.

Due to an outbreak of raves, David's Friend — directed by Adrienne Truscott and also featuring Billy Hough —has been extended. Along with other lessons, one the show offers is: Spend your time wisely. This applies to theater, too.

Separate from my review, something that struck me about the show is that it is another example of something that elicits from me a longing to have been a part of the era that came just before me, which is also always laced with gratitude that I barely missed the inevitability of AIDS. 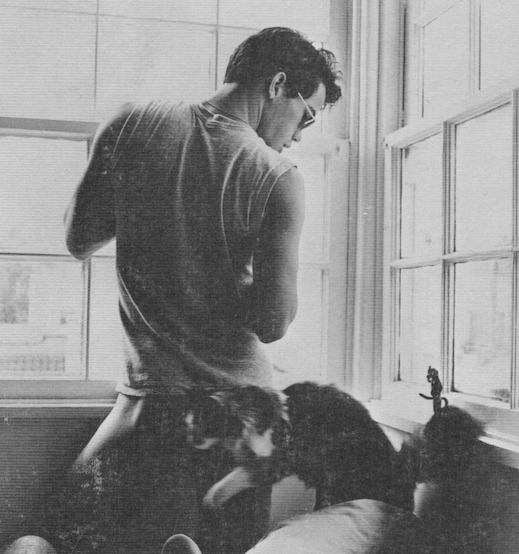 Hearing of David's recklessly fabulous life at Studio 54 and strolling Manhattan's dives and clinics in silver hotpants and leather definitely ignited that dormant fascination, as did the name-dropping of the ubiquitious Patrick McMullan (such a dishy appearance his name makes in the show, and he later shot it) and also of Gavin Geoffrey Dillard, the so-called Naked Poet. 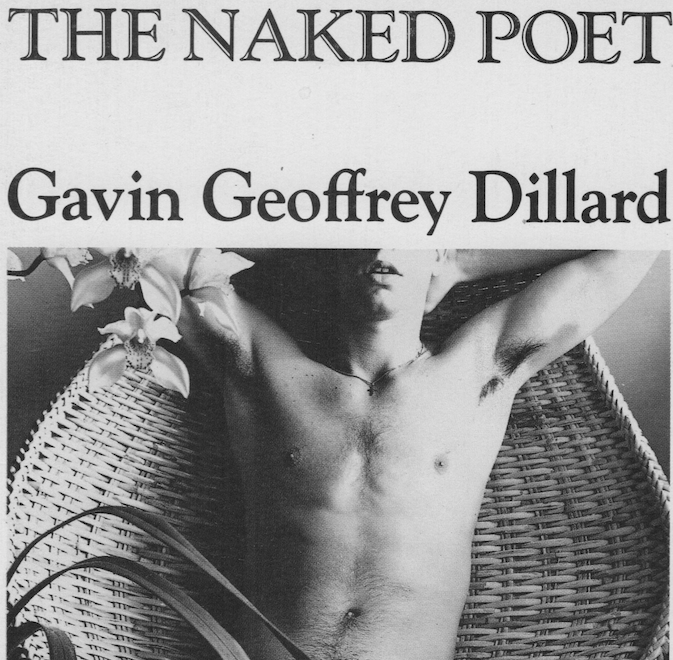 Not hard to see what I saw in him! (Image by Gavin Geoffrey Dillard/Bhakti)

I was shocked to hear Dillard's name as a pal of David's. When I was in college, I bought, probably from Alyson Books, a gay planner that had Dillard's image on the cover. This West Coast hippie hottie was, as I recall, naked in a tub of some kind. At any rate, he had a big, open-mouthed, Marilyn Monroe smile, which is what I told him when I felt compelled to write him a fan letter/mash note. 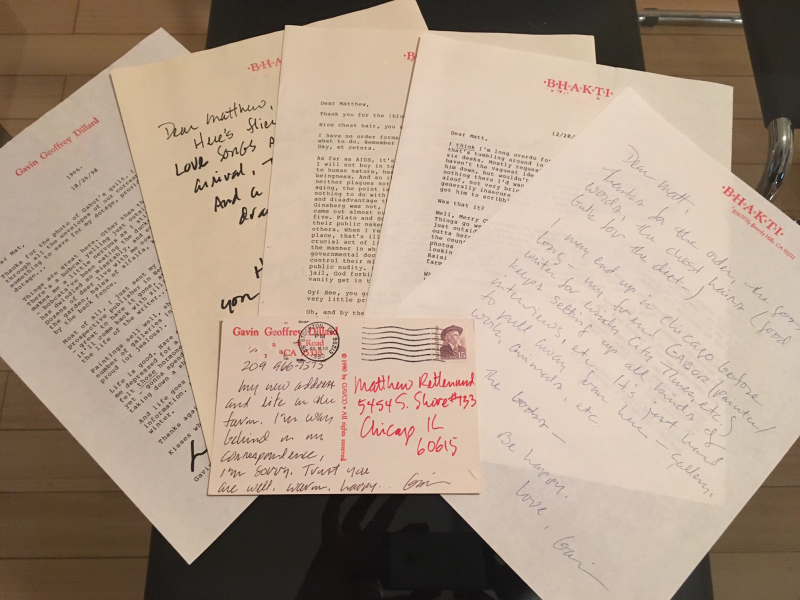 Still have my Naked Poet-ry (Image by Matthew Rettenmund)

Our letters were sporadic for about a year. I seem to recall him asking me to mail him a few of my chest hairs. I think our correspondence tapered off after he wrote me that AIDS was a right-wing conspiracy; I felt he was hinting at what has come to be known as HIV denialism, but in looking back, he was probably saying he refused to tamp down his sexuality in the face of the epidemic, just because right-wingers had opportunistically seized on AIDS to request that we do exactly that. 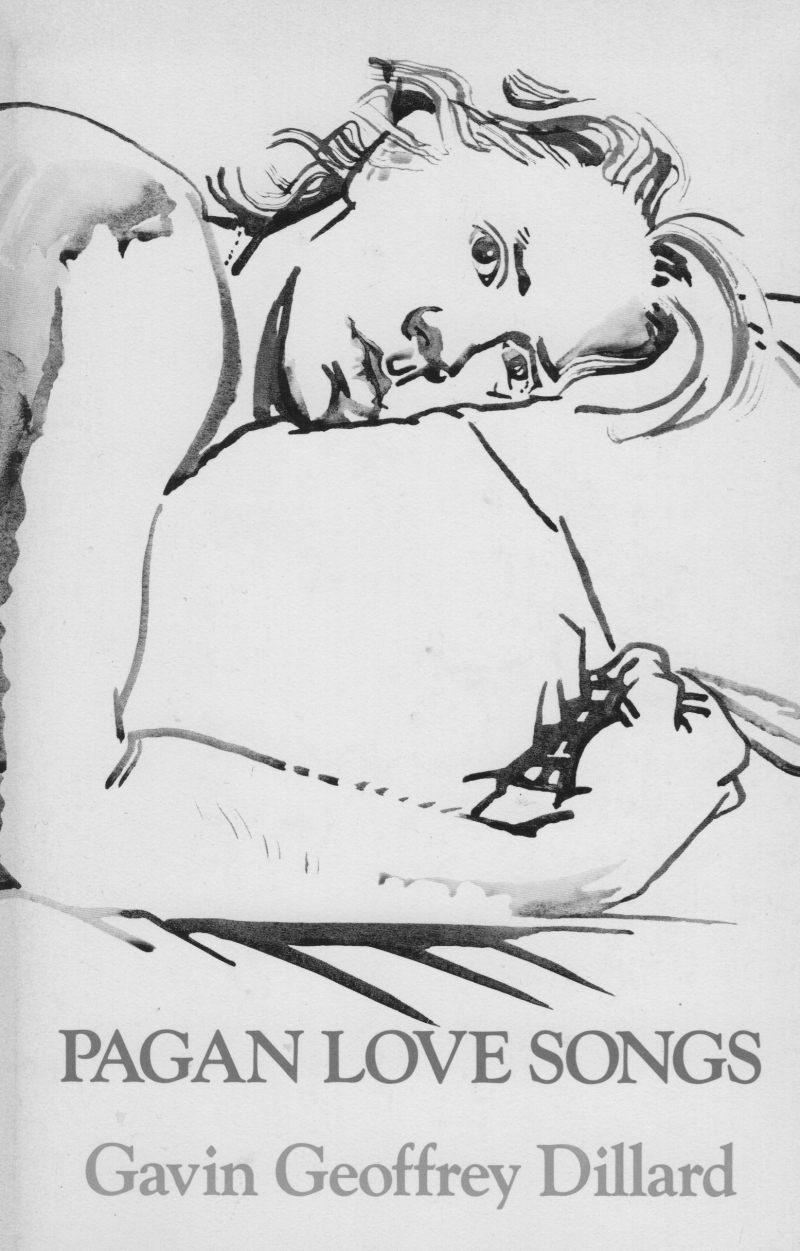 Dillard was one of those guys who came before, like David — he had his portrait done by Don Bachardy and Tom of Finland, he read poety naked in public and he even had a solo JO scene in Stryker Force.

What wasn't there to obsess over?! 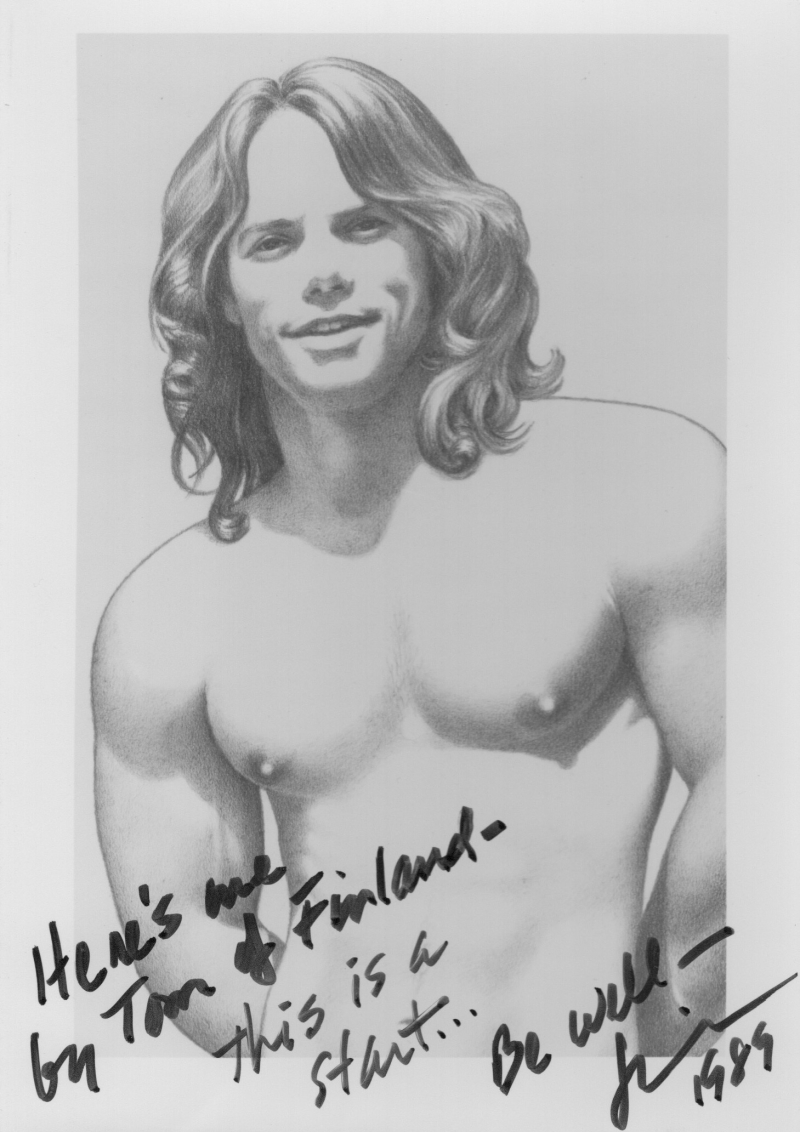 I'm still glad I wasn't born sooner, because I probably would have died sooner, but I'm happy that a lot of the guys who came before — like Dillard — survived and thrived.

All the sadder to see a play about one who could not.