A friend called my attention to J. Aaron Sanders's Speakers of the Dead, the first in a series of Walt Whitman mysteries. Check out the tantalizing summary from Goodreads:

The year is 1843; the place: New York City. Aurora reporter Walt Whitman arrives at the Tombs prison yard where his friend Lena Stowe is scheduled to hang for the murder of her husband, Abraham. Walt intends to present evidence on Lena's behalf, but Sheriff Harris turns him away. Lena drops to her death, and Walt vows to posthumously exonerate her.

Walt's estranged boyfriend, Henry Saunders, returns to New York, and the two men uncover a link between body-snatching and Abraham's murder: a man named Samuel Clement. To get to Clement, Walt and Henry descend into a dangerous underworld where resurrection men steal the bodies of the recently deceased and sell them to medical colleges. With no legal means to acquire cadavers, medical students rely on these criminals, and Abraham's involvement with the Bone Bill—legislation that would put the resurrection men out of business—seems to have led to his and Lena's deaths.

The book is on Amazon.

Full list of nominees for the 29th Annual Lambda Literary Awards — get tickets here — below ... 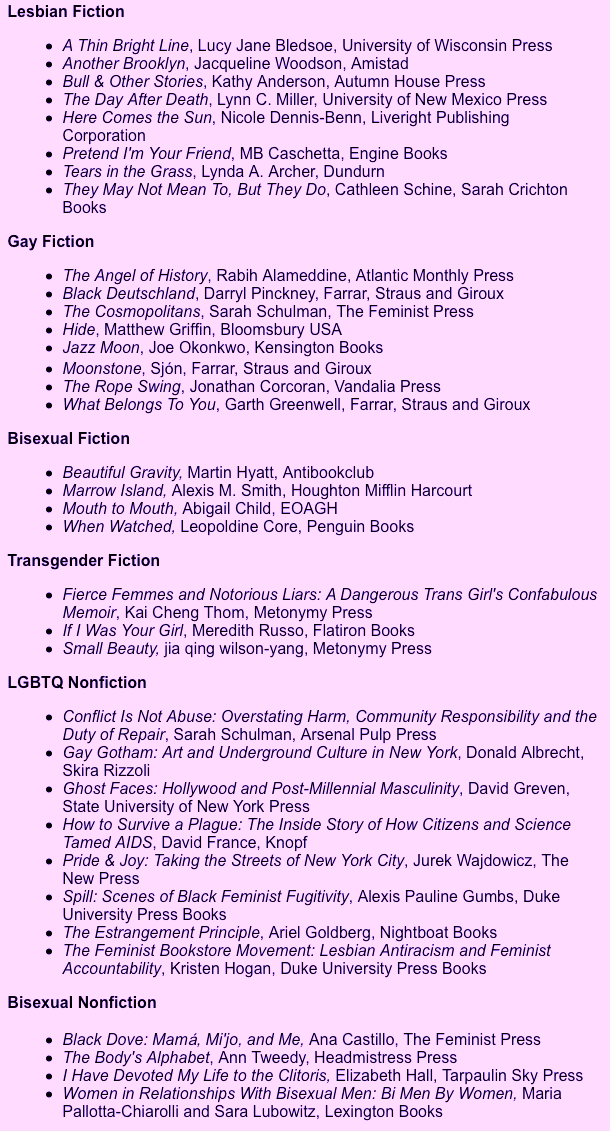 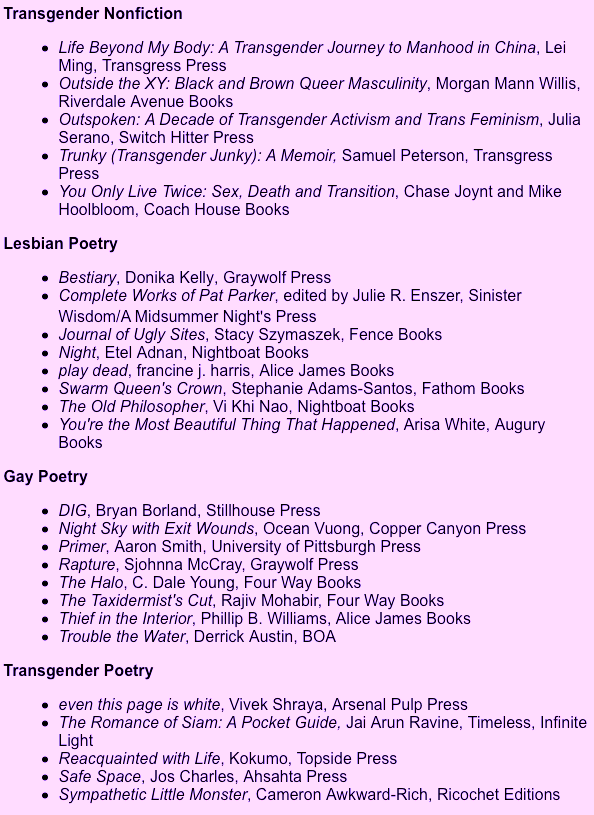 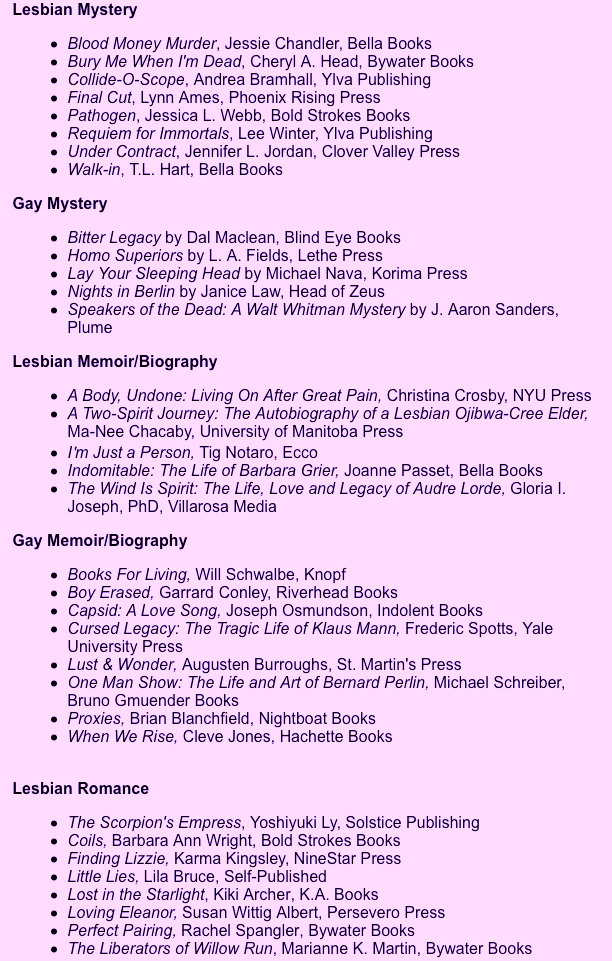 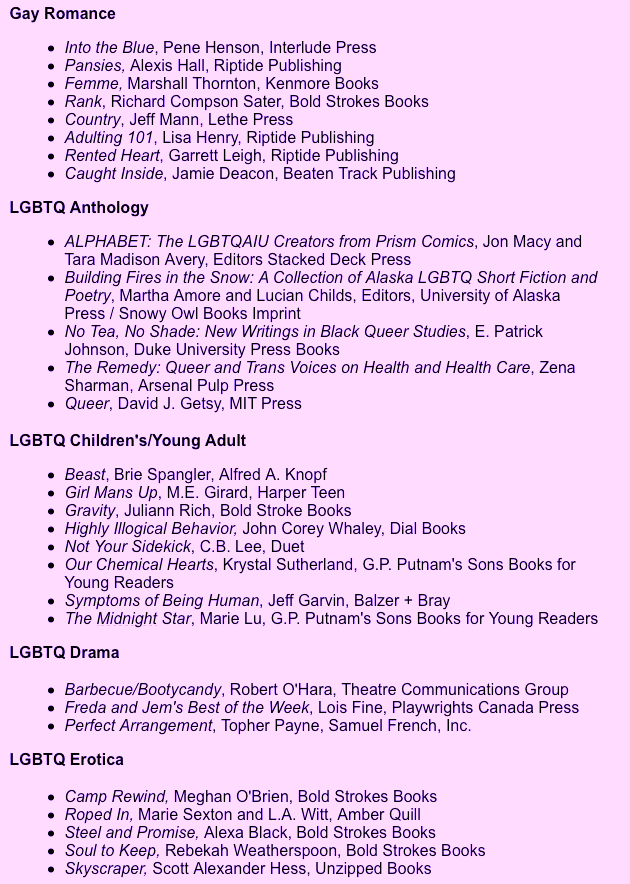 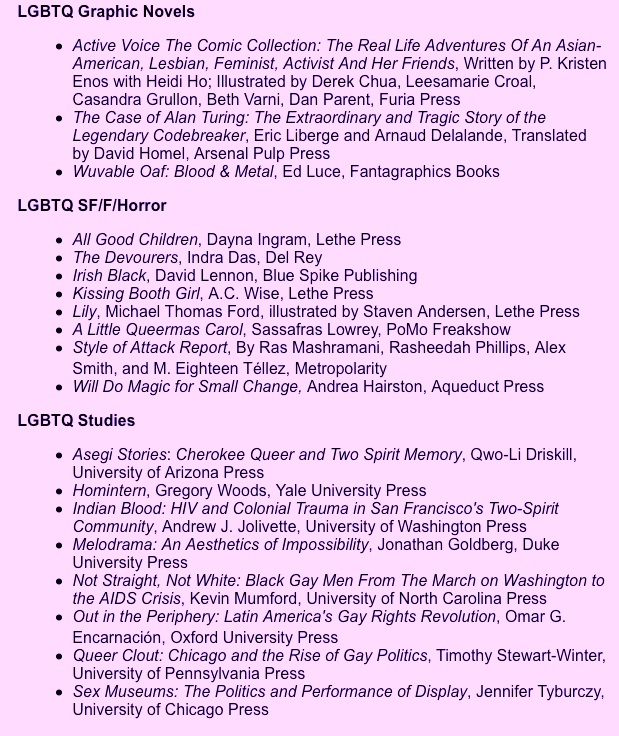