He Loved — And Loves — Lucy: My Friend, The Coverboy Comments (0) 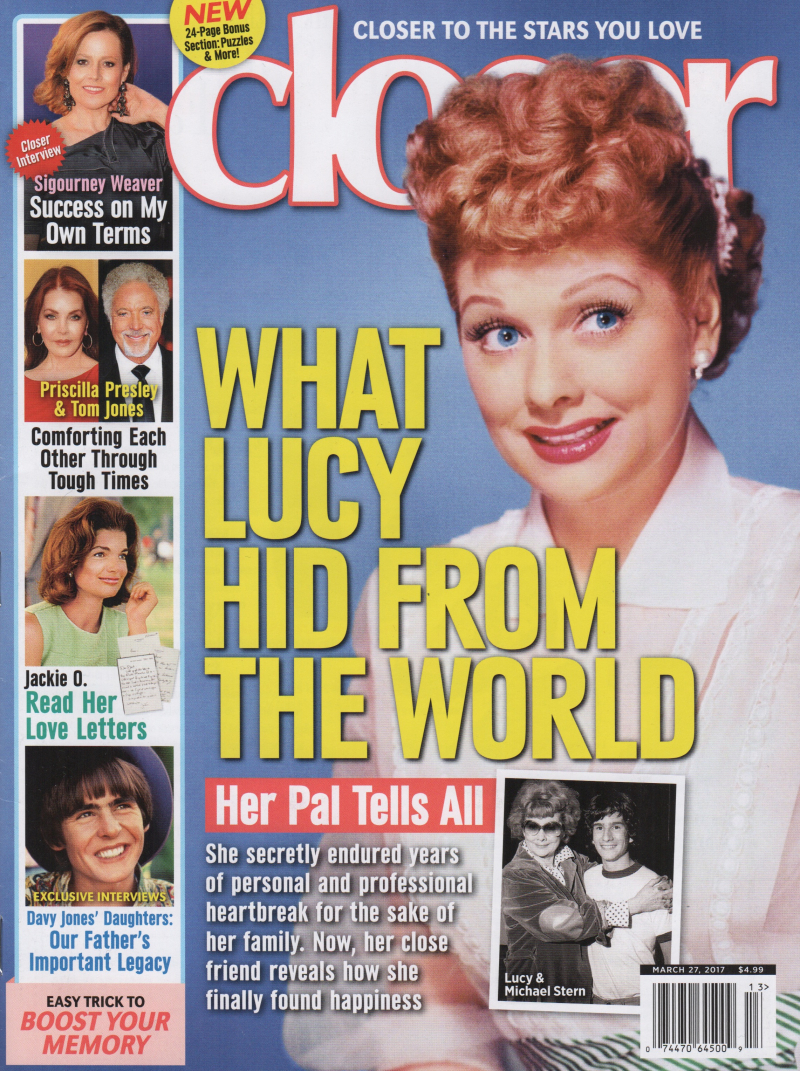 Closer Magazine has fascinated me since its inception.

A part of the Bauer empire, which includes checkout check-me-outs like Life & Style and In Touch (the title of which will forever belong to the '70s/'80s gay-porn mag in my mind), Closer is an odd duck — instead of 30something moms, it is targeted to old-timers, focusing on subjects who are mostly dead and buried.

The tagline, “Closer to the Stars You Love,” has always struck me as meaning it's for people who are about to join the great stars of yesteryear gossiping over that great clothesline in the sky.

But it's a solid publication, beautifully done. I just can't imagine how Bauer finds the readership — and more power to them for doing so, as nostalgia is a huge part of my own life. (I am closer and closer to the stars I love each day!)

Now, I'm proud that someone I know — who is alive! — is on the cover: ultimate Lucy fan/pal Michael Stern. 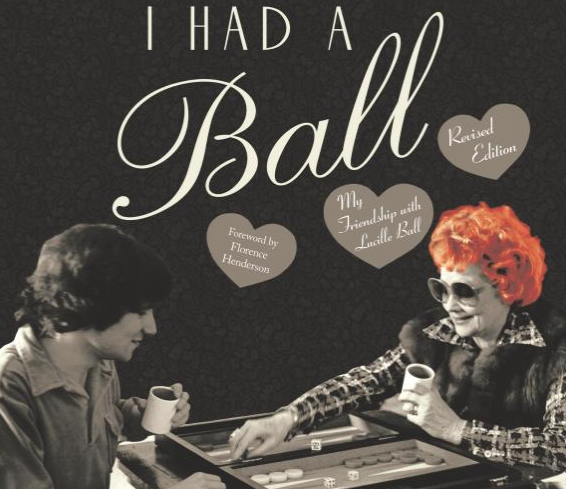 Stern met Ball at a taping of one of her sitcoms and they became fast friends. (Image via iUniverse)

Stern, the author of the fabulously dishy-without-being-catty I Had a Ball: My Life with Lucille Ball — Revised Edition ($28.99, iUniverse), gave an exclusive interview to Closer, talking about Lucy's real-life hidden secret. No, she didn't eat Carolyn's Appleby, as my friend John suggested. The interview is more about Lucy's self-doubt in her later years.

Just two of the 1,000s of celeb pic-withs Stern has acquired (Images via Michael Stern)

She really stayed home and did not get out. She had to be forced to go to the supermarket. She felt her fans didn't like her anymore, even though it wasn't true because anytime she'd do a public apperance, there was a standing ovation. The applause was deafening.

The rest of the article contains quotes from I Love Lucy guest star (very few of those left!) Barbara Eden, as well as Little Ricky himself, Keith Thibodeaux. Check it out if you can, and definitely check out Stern's book if you, too, loved Lucy.

Can't guess who the very famous older actress was who was mean to Barbara ... she worked with Anita Ekberg and Jayne Mansfield around that time, but they wouldn't really seem older to her, probably.