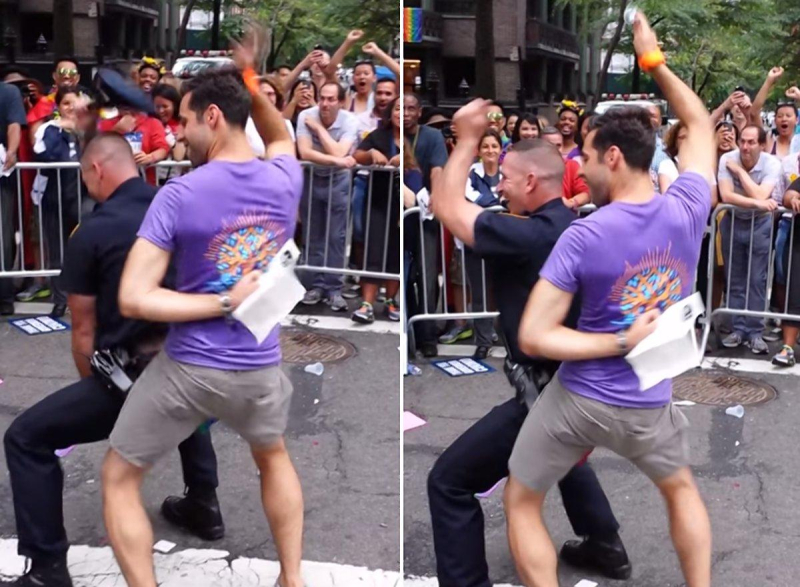 Via NYDN: Officer Michael Hance, who tasted viral fame in 2015 when he was caught on video spontaneously doing a bump and grind with a reveler at the Gay Pride Parade, has succumbed to cancer at age 44.

His cancer was directly linked to his brave actions on 9/11, when he worked at the World Trade Center following the attacks.

Hance was diagnosed with cancer just this past November after a fall at home.

NYDN reports of his video antics:

The heterosexual Hance uplifted the city’s spirits two years ago when a cellphone video that showed him dancing, on duty and in uniform, with reveler Aaron Santis at the Manhattan pride parade went viral.

Santis was marching with the Big Apple Softball League, an LGBT sports group, when he started dancing in front of Hance. The Queens cop quickly joined in and began grooving to the Michael Jackson song “Don’t Stop ’Til You Get Enough” with Santis. He then turned and started twerking while Santis was grinding behind him.

Santis left Hance after giving him a big smooch on the cheek and a sticker from the softball league that read, “I’d hit that!”