People Have The White Power Comments (0) 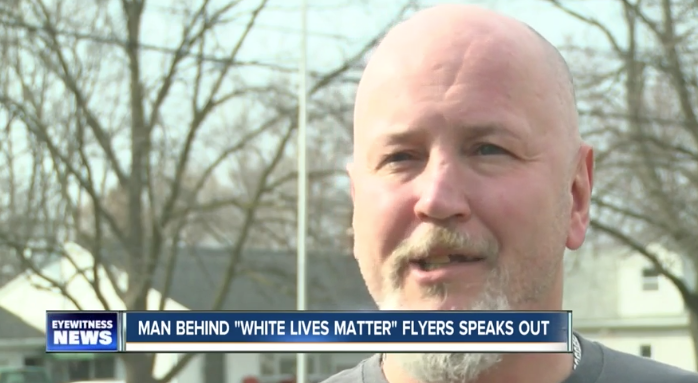 He thinks because he has statistics that they're real. He has no idea. (Video still via ABC7)

Hot on the heels of the story of a white supremacist who traveled to NYC with the stated intention of killing black man, residents of Lewiston, New York, started receiving white lives matter flyers courtesy of a new-to-town racist, anti-tooth activist.

Dude says he's proud of his people. Because of people like him, I ain't.

The white supremacist killer, James Jackson, has been hit with terrorism and hate-crime charges. I know this story has been in the news, but can you imagine for a moment how different the coverage would have been had the murderer who traveled to the big city to kill had been a Muslim after Christians? A black man after white men?

There is simply no way the story would not be fueling several news cycles and on Trump's Twitter account for days.

The victim slain by Jackson with a sword left this world with an unanswered question. Via NY1:

A childhood friend of Caughman is speaking out about the murder and says he can’t believe Caughman was a victim of hate.

“A friend of mine called and said his last words were, 'Why you doing this to me? What is wrong?'” said friend Carl Nimmons. “And that part just keeps on playing in my head.”