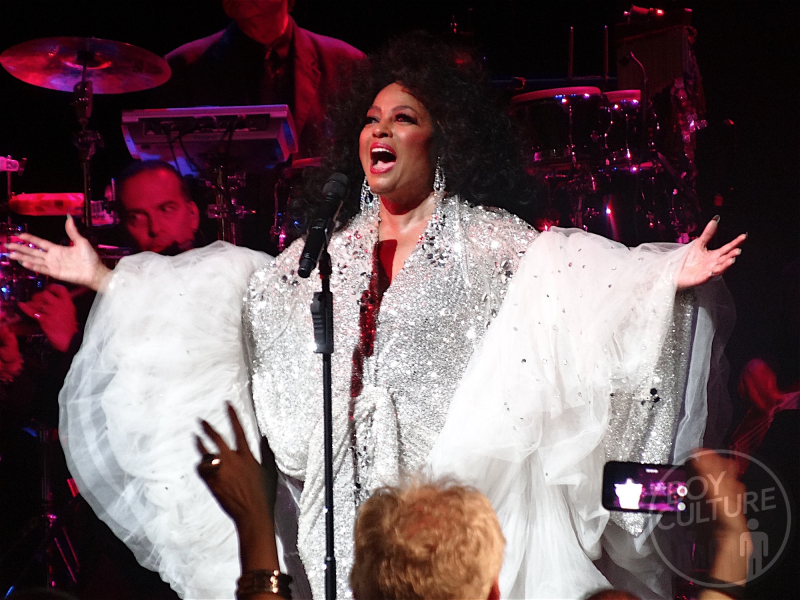 My friend Jason suggested we catch Diana Ross at New York City Center last night, and I'm glad we took the plunge. Having never seen her, she was on my bucket list, and didn't disappoint.

The space was crazy-small, so even from second-to-last row, I got good shots and videos of the diva, who has not only not changed, but seems to have become even more Diana Ross as the years have gone by. 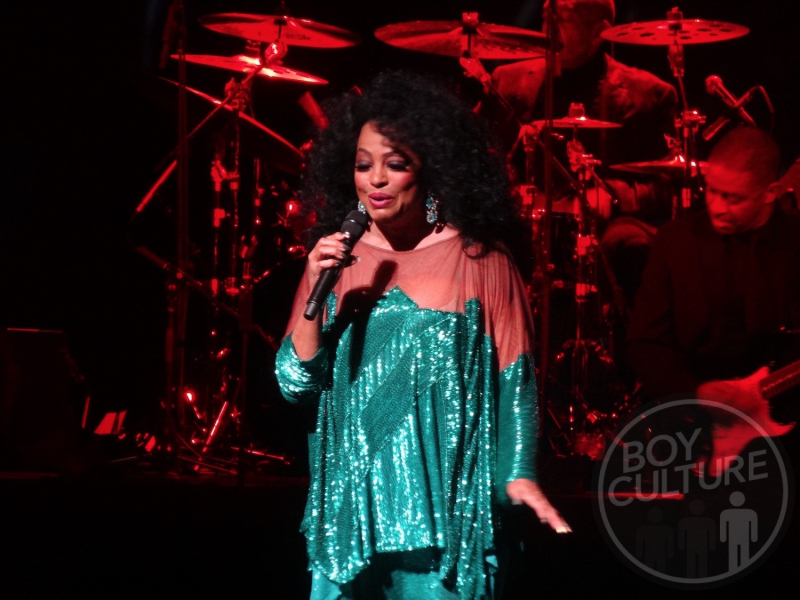 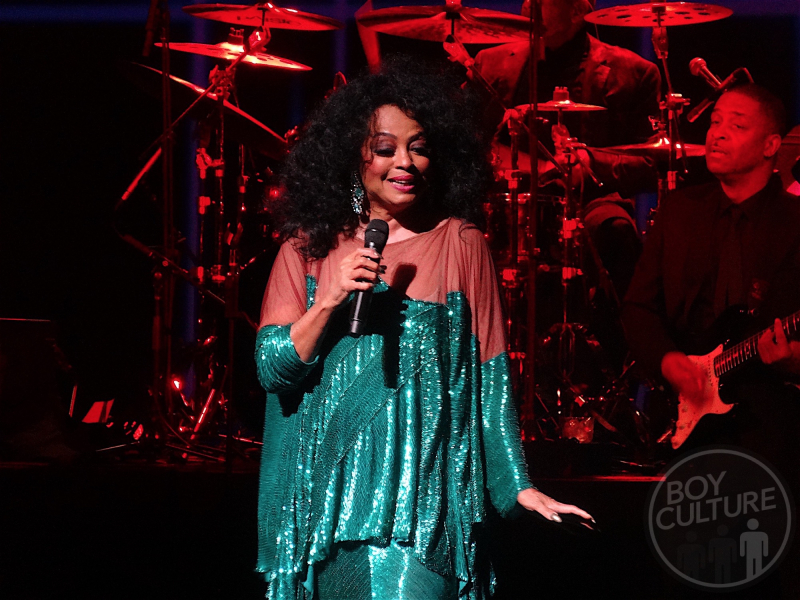 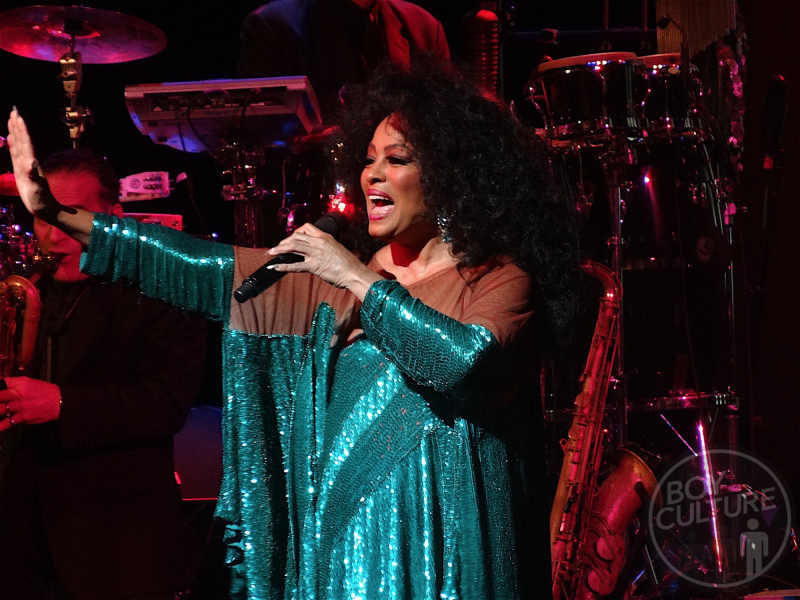 The first look — we didn't want her to Stop!

She wafted out like a vision, with her signature big hair and glitzy, sequined gown, welcoming herself with her Top 5 smash from 1980 “I'm Coming Out.” Like her presentation, it was an unapologetically literal choice, and had the crowd stomping.

She effortlessly cooed her way through a Motown segment featuring “More Today Than Yesterday” and “My World Is Empty Without You” (many of her song choices and stage gestures seemed tailor-made to communicate with fans), “Baby Love,” “Stop! In the Name of Love,” “Come See About Me,” “You Can't Hurry Love” and “Love Child.” 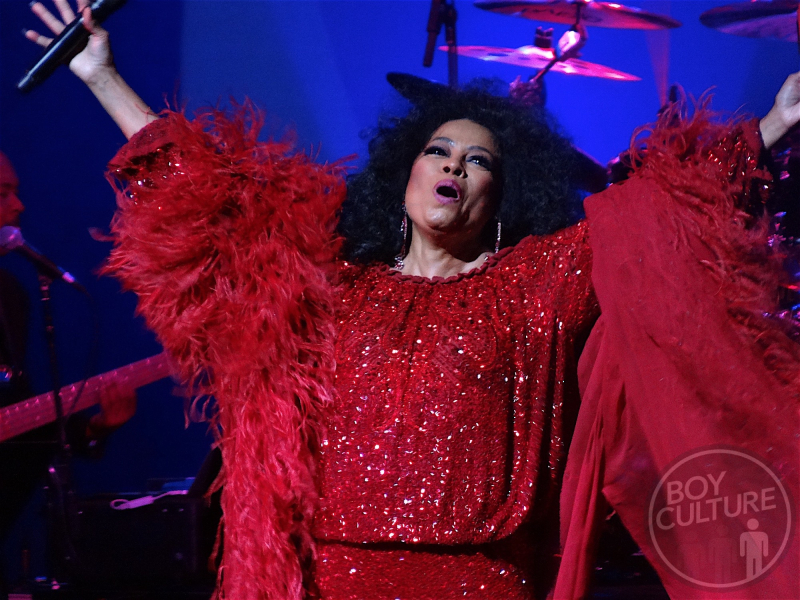 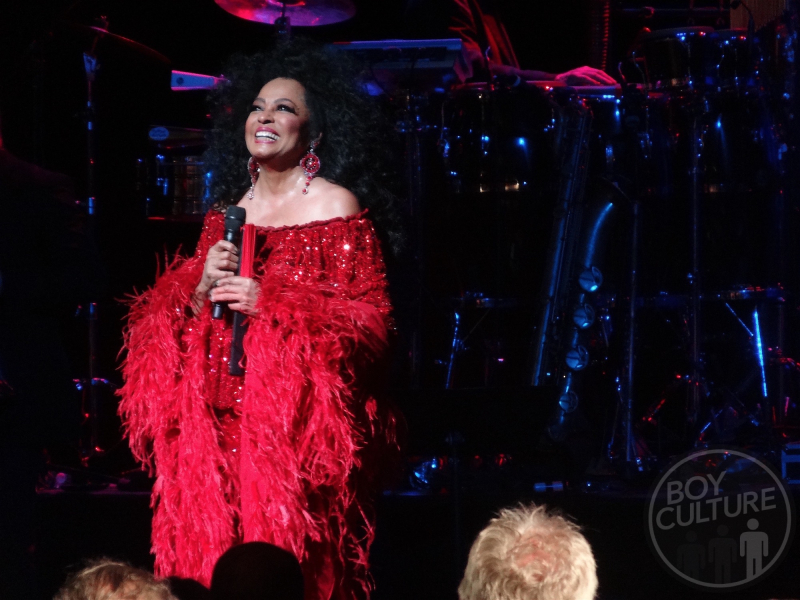 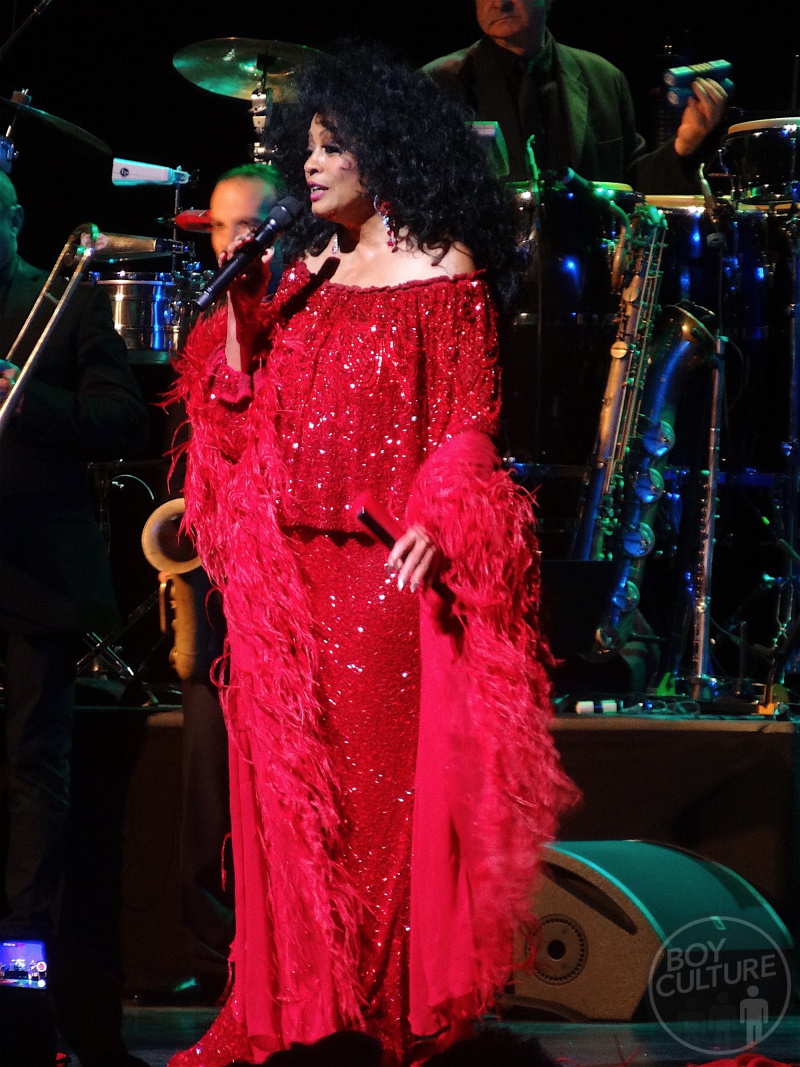 After the first gown swap (she favored us with five looks in all), she moved into the '70s with “The Boss” 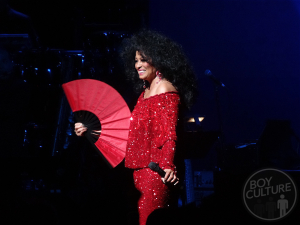 and “Touch Me in the Morning,” taking a Red Hot Rhythm & Blues detour with “It's Hard for Me to Say,” her only shaky performance all evening (she seemed a little lost, then joked that she would just read the words, presumably from a prompter).

She then brought down the house with an ecstatic “Upside Down,” for which she welcomed two of her grandkids, one daughter and a step-daughter onstage.

The '70s were back with “It's My House” and an ultra-slinky “Love Hangover,” which segued into her '90s hit “Take Me Higher,” itself a '70s throwback. Ross would occasionally give us a little vamping while singing, always with a mega-watt smile that made fun of herself, as if to discount her sexiness at 73, but she can definitely still pull it off.

Perhaps the biggest delight of the show was her mile-a-minute “Ease on Down the Road” from The Wiz, a tune I hadn't counted on hearing. She rattled that thing off like she sings it daily. 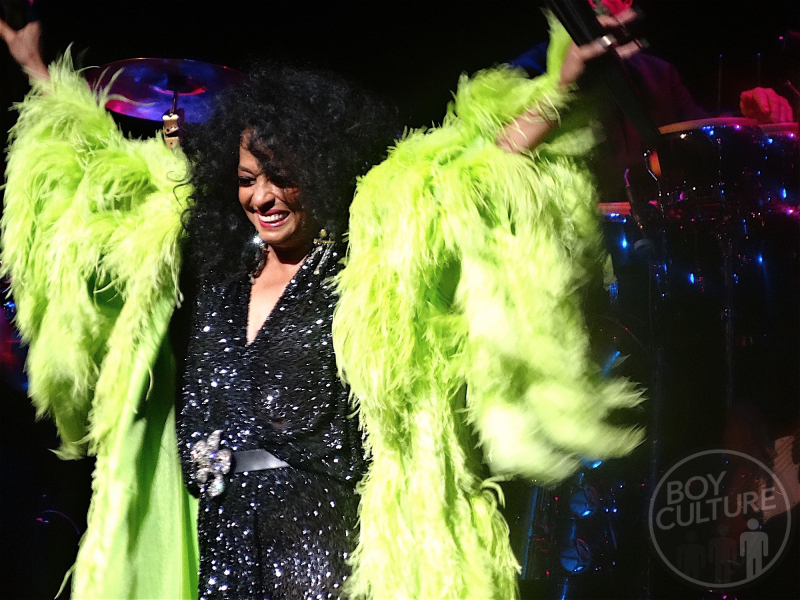 You couldn't miss Ross in this lime-green boa!

I was least interested in the final chunk of her show, which was given to covers — “The Look of Love” was pretty genius, but her Billie Holiday numbers “Good Morning Heartache” and “Don't Explain” were just okay,“Why Do Fools Fall in Love?” was unnecessary, and her penultimate song “I Will Survive,” while undoubtedly appealing to a septuagenarian trouper content-wise, just left me curious why she devoted such a prime spot for a song she covered but that isn't truly hers, when so much of her catalogue remained untouched. 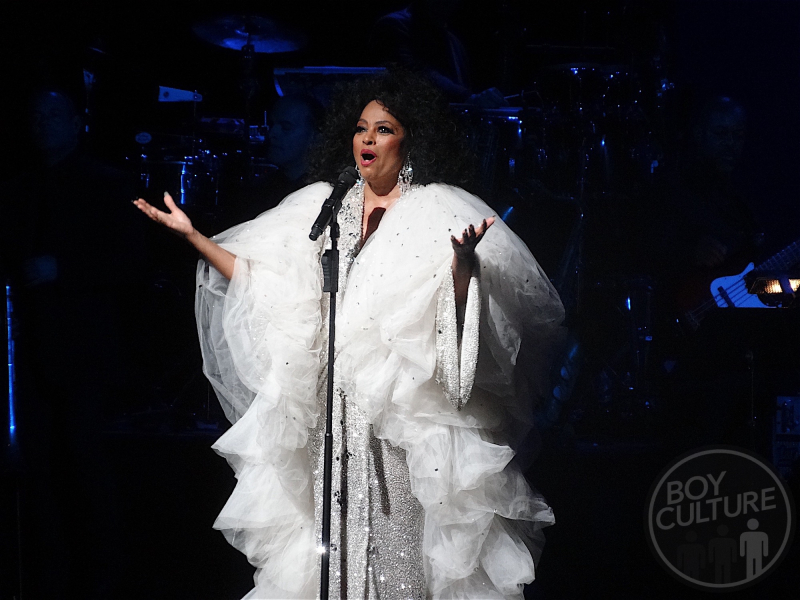 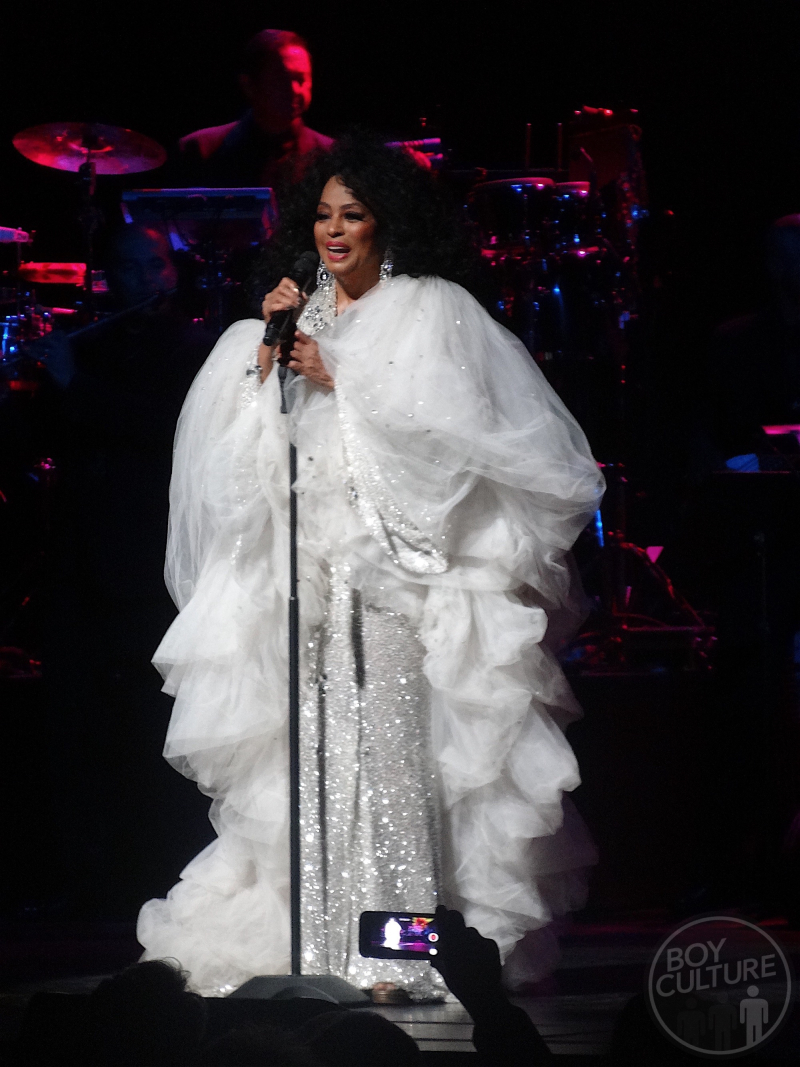 Still, she worked in a lovely “Theme from Mahogany” and the song that should have closed the night, “Ain't No Mountain High Enough,” which brought down the house.

Even after the house lights went back up, Ross returned to treat us to her sugary hit “Reach Out and Touch (Somebody's Hand),” telling us the lights were so she could watch us even as we watched her. It was not lost on the crowd that she went out of her way to accept bouquets handed her by diehards in the front, nor was it possible to miss the many times she singled someone out to give them a wink or point at them, affirming that she appreciated their presence. 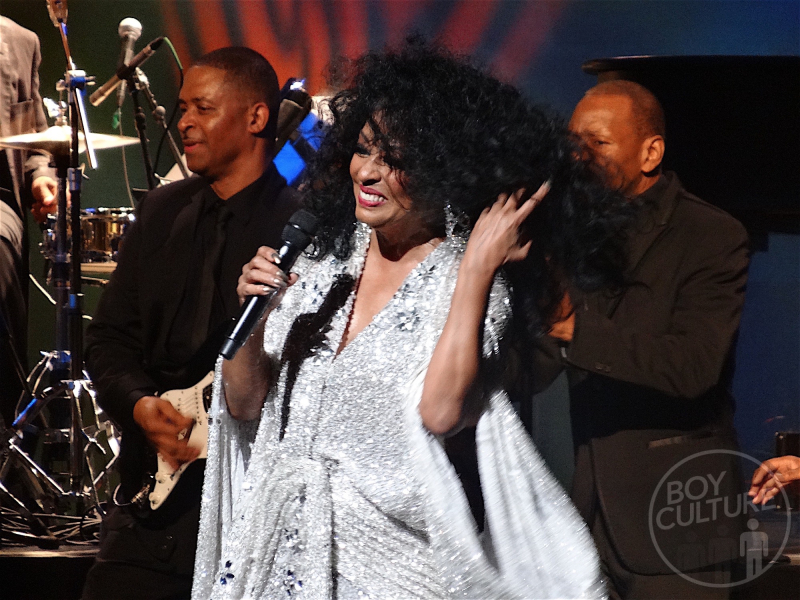 Overall, while the show is a spartan collection of hits that left us wanting more, Diana Ross is still displaying faultless charisma, singing beautifully and generously giving her fans exactly what they want — a short evening of joy that is a handy antidote to the increasingly mean world in which we live. 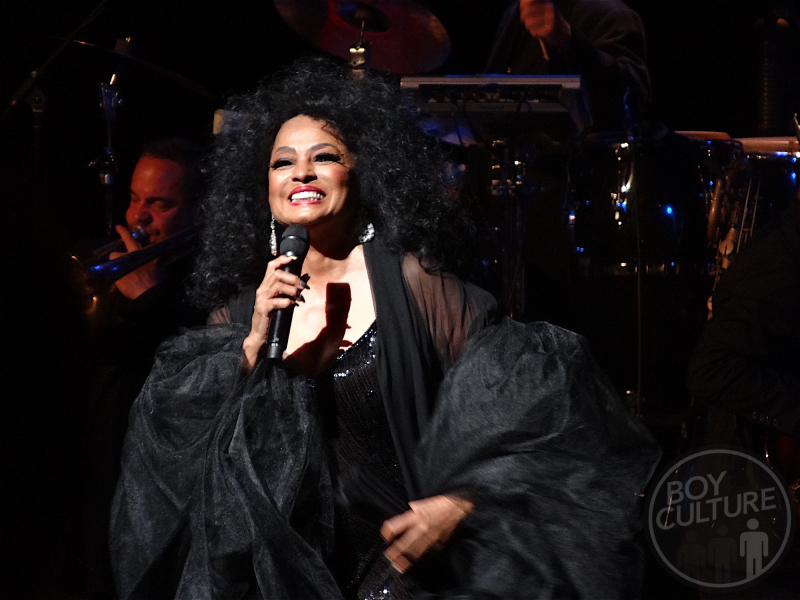 This lady sang anything but the blues.