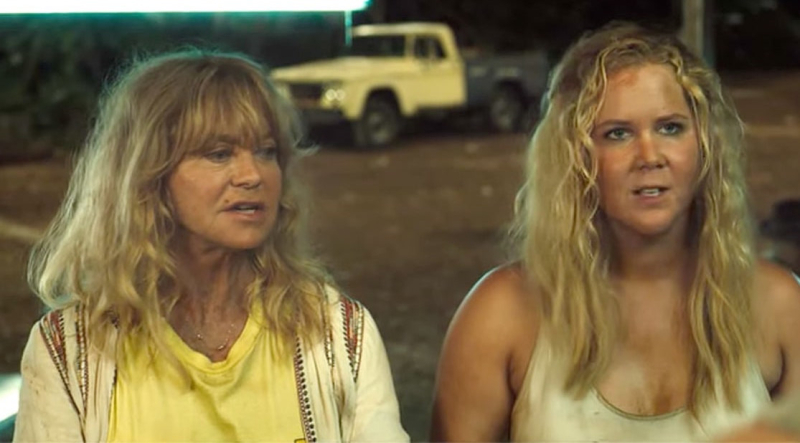 Goldie Hawn, in a joint interview with Amy Schumer conducted for PrideSource, remembers the AIDS years in Hollywood, saying:

When we went through the AIDS period, it was a very scary time, and I would go visit guys and I'd get in bed with them just to be there with them.

She also spells out her approach to LGBT — and human — rights:

Being an ally for LGBT people and an ally for all people, transgender or whatever - to me, that's a human story. I feel there are injustices in the world that I'll stand up for, and I think that it's important to realize that the world is filled with these kinds of issues. We're dealing with intolerance and what's going on with deportation and what's happening with Mexicans and what's happening with people who are Muslim. There are so many things, and if you can't stand up for it, then you're not standing up for humankind. Because that's who we are. We all have skin and blood, and we're all made of the same things. I have a note that I will probably needlepoint one day: "Love knows no gender." And it doesn't. Love is something in the heart and in the mind, so why would you chastise anyone for that? And this is something that I feel very strongly about.

Check out the rest of Chris Azzopardi's piece, in which Schumer talks about her own gay fanbase and claims:

I'm gay for so many people that I think I may be just gay.

Goldie & Amy's Snatched is in theaters May 12. It marks Hawn's first film since 2002's The Banger Sisters.

Fun Facts: Goldie battled the late Jonathan Demme on their film Swing Shift (1984) — he wanted it edgy, she wanted laughs. Also, Goldie and Madonna were all set to star in the film adaptation of Chicago (2002), but Goldie was allegedly fired for being too old and Madonna dumped by then-director Nicholas Hytner before eventual director Rob Marshall came on board.