Here's a country that's begging for some do-gooder interventionist bombs that it will never receive: the Russian federal republic of Chechnya.

According to a disturbing report in the DailyMail.com, Chechnya has established 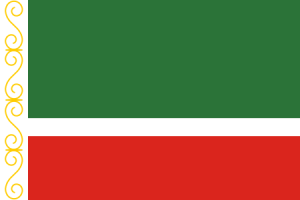 Chechyna has opened the first concentration camp for homosexuals since Hitler, where campaigners say gay men are being tortured with electric shocks and beaten to death.

It comes after it was claimed 100 gay men had been detained and three killed in Chechnya last week.

A report by Novoya Gazeta said authorities had set up several camps where homosexuals are killed or forced to promise to leave the republic ...

Svetlana Zakharova, from the Russian LGBT Network, told MailOnline: “Gay people have been detained and rounded up and we are working to evacuate people from the camps and some have now left the region.

“Those who have escaped said they are detained in the same room and people are kept altogether, around 30 or 40. They are tortured with electric currents and heavily beaten, sometimes to death.”

It's not enough to wonder if it could happen here, we have to be concerned that it's happening there.

The crackdown that led to the camps is thought to have been initiated by key Putin ally Razman Kadyrov. Putin is himself, of course, a key Trump ally. To put it kindly.