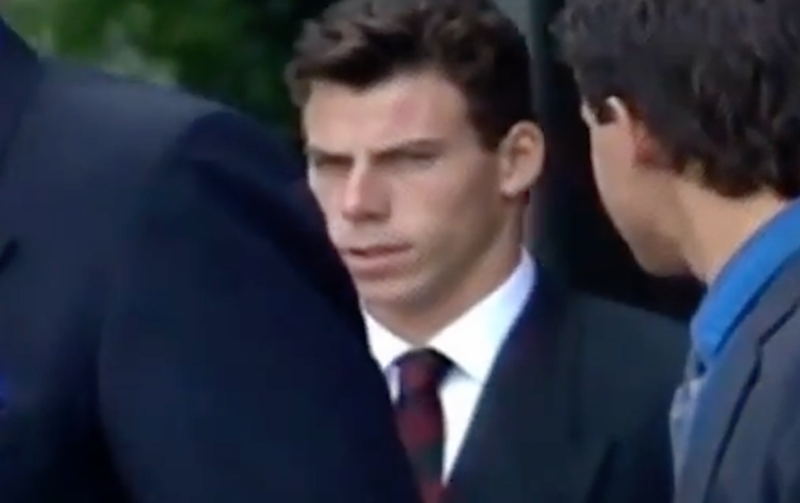 I always figured Dominick Dunne had to be gay, in spite of his marriag eand children, and now Michael Musto — via an interview with Dunne's biographer Robert Hofler — is renovating the late crime and society writer's gilded closet in Out. 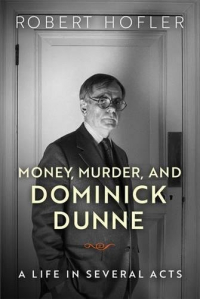 with Frederick Combs of The Boys in the Band (stage and screen) fame. I'm semi-obsessed with that play and its stars (there are three left alive, Combs not among them), so was surprised I never knew this. Says Hofler to Musto:

A number of people talk about him being the love of Dominick’s life. There was a character Mart Crowley based on Dominick—Alan, the one who’s fighting with his wife and you’re not sure of his sexuality.

So Alan was based on Dunne, and Dunne even produced the play!

Even more fascinating, Dunne — who became even more famous by doggedly covering the Menendez Brothers' trial — was apparently quite smitten with Erik, as were, well, a lot of people:

There’s a very weird interview he kept coming back to, and [Dunne] would say, “I’m sure that Jose Menendez called Erik a faggot and a queer and all these horrible things, and it reminded me of my father, who used to call me a sissy.” He said, “I so identified with Erik” and said, “We were both stutterers and had abusive fathers,” but he’d never take that next step and say, “And we were both gay.” He never dropped that other shoe, which was the big point of identification. That’s where all this stuff was coming from and he’d never go there. He always used the word “sissy”. Worse than that, relatives said Dominick should have been a little girl. It’s such a sexist thing because little girls are called a tomboy and that’s a kind of a compliment. There was some doubt as to whether Dominick was beaten by the father. The mother said it wasn’t true. Dominick said he had welts on his side from the beatings. It was the ‘30s and it’s possible the school wouldn’t take the action they would today. But when the Menendez boys talked about the scars from the abuse, Dominick kept pointing out, “Why didn’t anyone notice their scars?” But in his own report about his own abuse, he never said, “Why didn’t anyone notice why MY thighs were swollen?” He did have empathy, particularly for Erik because he was attracted to him. I found a letter he wrote to Erik in prison. He said, “I liked the screenplays you wrote. You’re a talented artist. I think you were misled by your brother.”

Check out Money, Murder, and Dominick Dunne: A Life in Several Acts here.