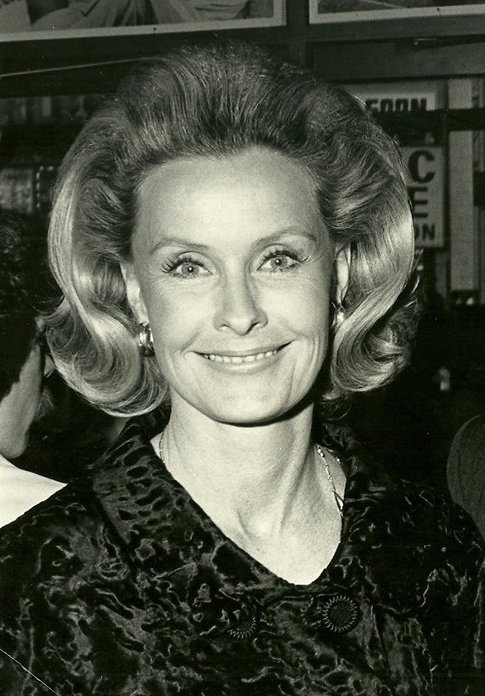 Via Hollywood Reporter: Dina Merrill, an elegantly glamorous leading lady in the movies who was the heiress to the fortune of Post Cereals' Marjorie Merriweather Post and stockbrocker Edward Francis Hutton, has died at 93.

She had battled dementia with Lewy bodies in recent years.

The regal Merrill appeared in her first play in 1945, later becoming a '50s ice queen in the mold of Grace Kelly, who had abandoned Hollywood for Monaco and life as a royal.

Among Merrill's memorable films were Desk Set (1957), Operation Petticoat (1959), The Sundowners (1960), BUtterfield 8 (1960) and The Courtship of Eddie's Father (1963). She continued making appearances in movies sporadically into the early 2000s, always appearing as the woman of means she actually was — she was a bona fide multi-billionaire who grew up in the place now known as Donald Trump's personal White House ... Mar-a-Lago.

Her final speaking role in a film was in 2003's Shade.

Her most noteworhy TV appearances were on Batman (1968) as Calamity Jan, in the creepy “Hatred Unto Death” episode of Night Gallery (1973) and on The Nanny (1995), on which she played Maxwell's snobbish mom. (One of many examples of Fran Drescher giving work to greats from earlier eras on that broadly funny series.)

Merrill's greatest impact was as a philantropist. She was a presidential appointee to the Board of Trustees of the Kennedy Center, among many other positions in the arts.

Merrill was married three times, most famously to movie star Cliff Robertson (pictured together). She is survived by her husband of nearly 30 years, Ted Hartley — an actor and later CEO of their RKO Pictures, a position he still holds — and by two of her four children.