Seattle Mayor Murray Says Underage-Sex Allegations Against Him Are Untrue, Drops Out Of Race Comments (0) 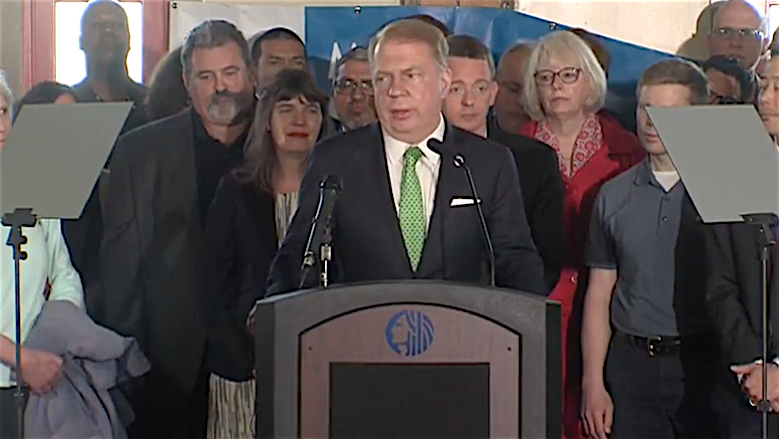 Mayor Ed Murray, the openly gay mayor of Seattle, who has been dogged by unsubstantiated claims that he molested boys decades ago, held a press event Tuesday at which he denied all wrongdoing but emotionally declared he would not run for re-election.

One of this accusers first complained in 1984, but no charges were filed. The others made complaints in 2007 and earlier this year.

“We thought we had a little more time.” — Mayor Murray

Murray alluded to the claims being made as the worst stereotypes perceived about gay men, gave a strong shout-out to his husband and pledged to continue working hard through the end of the year.