To Be Reel: NYC's Landmark Quad Cinema Gets A Facelift Comments (0) 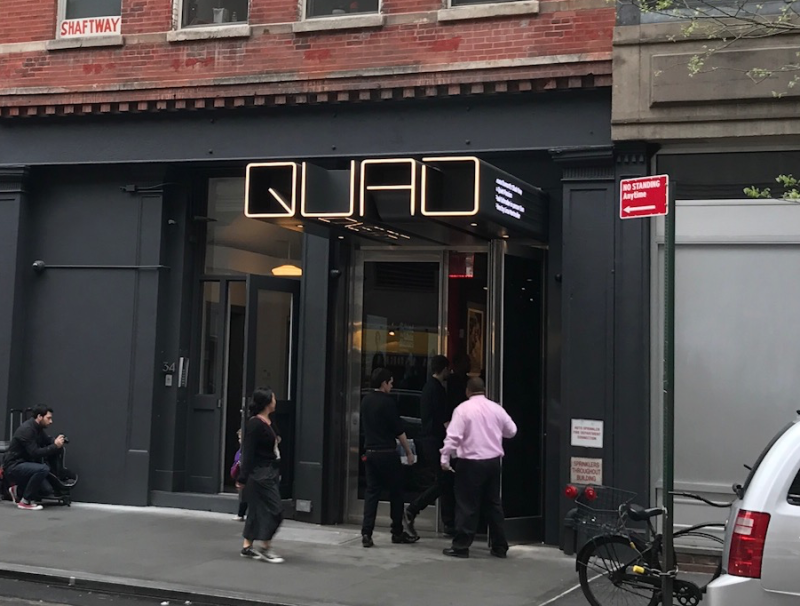 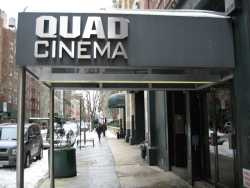 bought the storied Quad Cinema (built in 1972) in 2014 and poured millions into refurbishing it so it could compete in 2017.

With a design courtesy of Paula Scher of Pentagram, the new, old theater looks as fabulous as the rest of us New Yorkers do when we don't scrimp on maintenance — and even better, it's received technical enhancements (it can now screen 35mm, 16mm, 4K digital and 3-D films) that will allow it to show a broader variety of films.

Not only was the Quad New York's first multi-screen cinema, it was also a true neighborhood theater, drawing Village audiences with its sophisticated art-house fare. The new Quad will preserve both the welcoming, communal atmosphere and the cultural cachet of the original theater while updating—and upgrading—the moviegoing experience for contemporary cinephiles. The new design is  intimate and luxurious, but most importantly, it’s the range and quality of our programming that will distinguish our identity, bringing people together sharing a love for the movies. It’s an exciting time for filmgoing in New York City and I can’t think of two people with more knowledge and more passion than Chris and Gavin to better curate the repertory experience at the new Quad.

Already the theater has shown a flair for diversity, hosting a Lina Wertmüller retrospective followed by Golden Goldies — yes, a slate of films featuring Ms. Hawn. (God, if only one had been the almost-happened screen version of Chicago starring Goldie & Madonna!)

Check out what's next here.

I can't wait to sample the place. Over 10 years ago, when the movie version of my novel Boy Culture was released, Quad Cinema ran it for weeks and weeks.

Boy Culture's Creation Story — One of My Favorite Posts Here!

I attended one odd screening at the invitation of a group of gay film fans. One anti-social creature in the group demanded to know why my story wasn't just more gay fluff. Welcoming! I told him, and he grumpily sat down to watch. He left almost immediately. 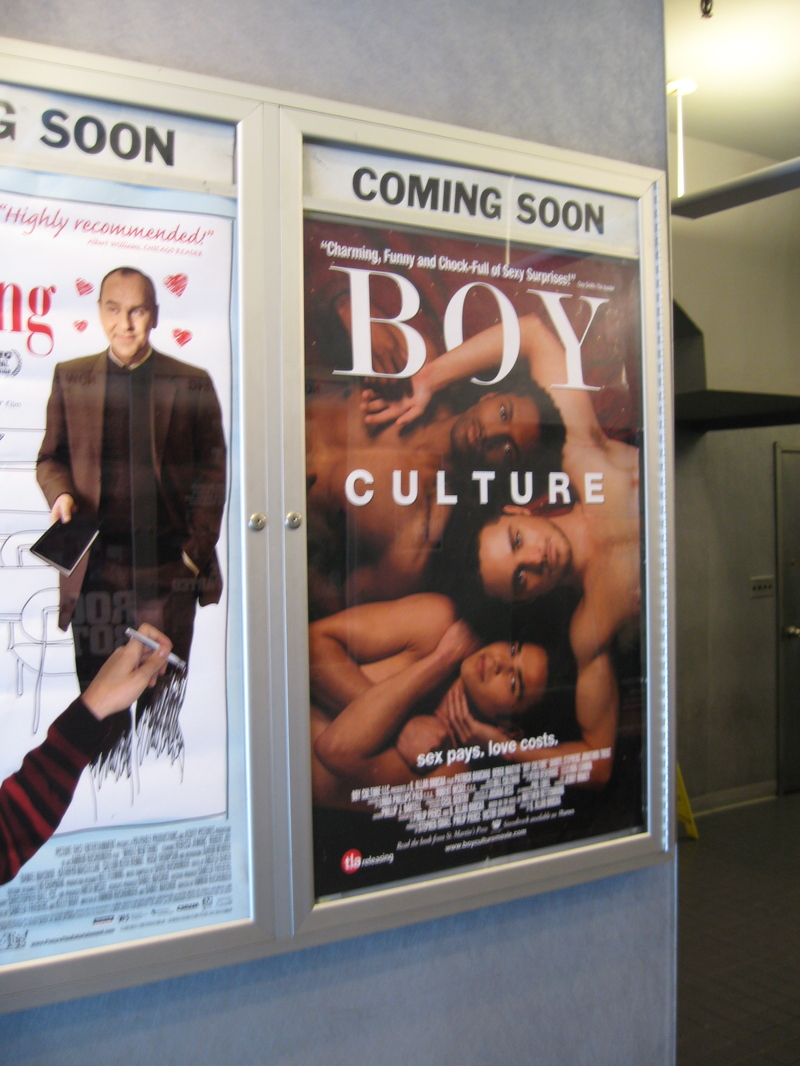 The others stayed and seemed to enjoy it, and now, more than a decade later, the movie — which is the sole reason I started blogging, by the way — looks like it is about to get a sequel.