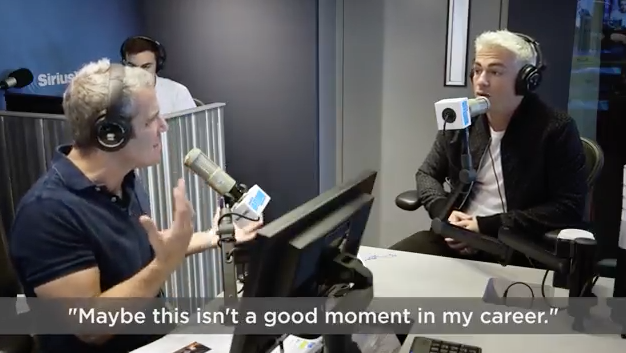 “I had to lower my voice for certain things.” (Video still via YouTube @SiriusXM)

Colton Haynes gave a bracingly candid interview to Andy Cohen on SiriusXM's Radio Andy in which he asserted:

I was literally told from the day that I moved to Los Angeles that I could not be gay because I wouldn't work ... I was with my management team and with a team of people that just literally told me I couldn't be this way, they tried to set me up with girls ... It was like a Tab Hunter situation.

Haynes also described having a mental break due to having to suppress his sexual orientation, and that led directly to his departure from Teen Wolf:

I literally couldn't go to work because I would faint, or I would start sweating and shaking ... It really was hard ... I was so tired of not being myself.