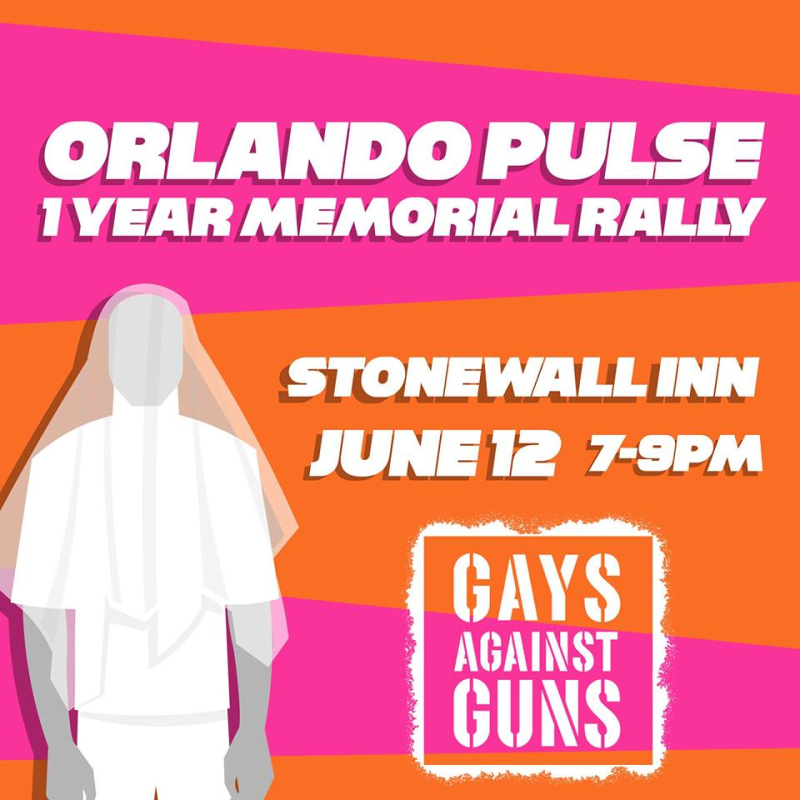 On Monday, June 12, Gays Against Guns aka G.A.G. and several partnering LGBTQ clubs are staging a public event on the one-year anniversary of the slaughter at Pulse gay nightclub in Orlando, Florida, when Omar Mateen — a troubled man pledging allegiance to ISIL — shot to death 49 LGBTQ people and injured many others.

The event will be in honor of those lost, and will demand that gun laws be revised.