Hedy First — A Review Of HEDY!: THE LIFE & INVENTIONS OF HEDY LAMARR Comments (0) 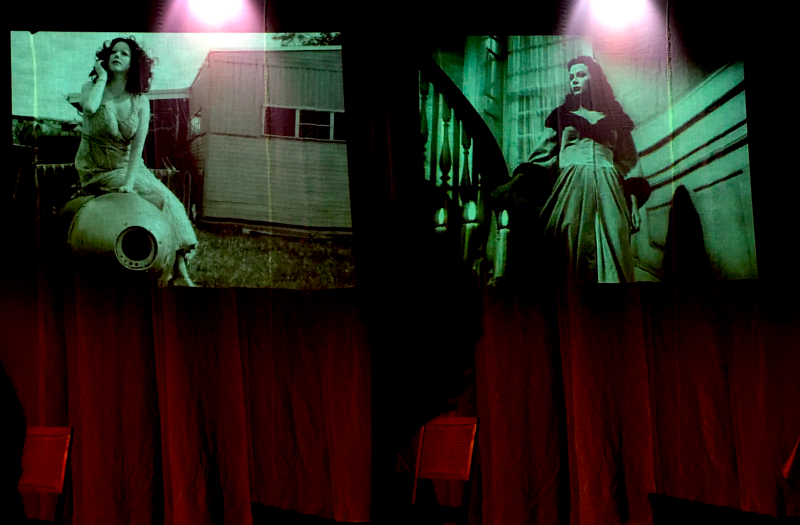 I was able to catch HEDY!: The Life & Inventions of Hedy Lamarr, written and performed as a one-woman show by Heather Massie, here in NYC last night. 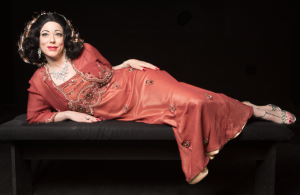 Air & Space Museum's GOALS for Girls Program, which is fitting since its subject is a Hollywood beauty icon who is becoming more properly known for her incredibly important frequency hopping invention.

In the show, Lamarr addresses the captive audience, narrating the story of her life in Austria, rise to fame in Hollywood, her many marriages, and — most importantly — a bit about how her WWII-time invention would go on to become the basis for so much of what we use today, including cellphones, WiFi, Bluetooth, GPS and many military applications.

As Hedy tells it, her invention could have ended WWII without nuclear weapons had the U.S. taken it seriously at the time. Instead, the government waited until the invention was theirs to use — with no compensation for Lamarr or her co-inventor George Antheil.

HEDY! is an informative piece, albeit one that lacks sufficient drama. Too often, it feels like a Wikipedia entry brought to life. It works best when Massie, who captures Lamarr's kooky grandeur and cerebral air, jokes with the audience, and pokes fun at herself. Was the real Lamarr so convivial? I don't know. But she was definitely ahead of her time.