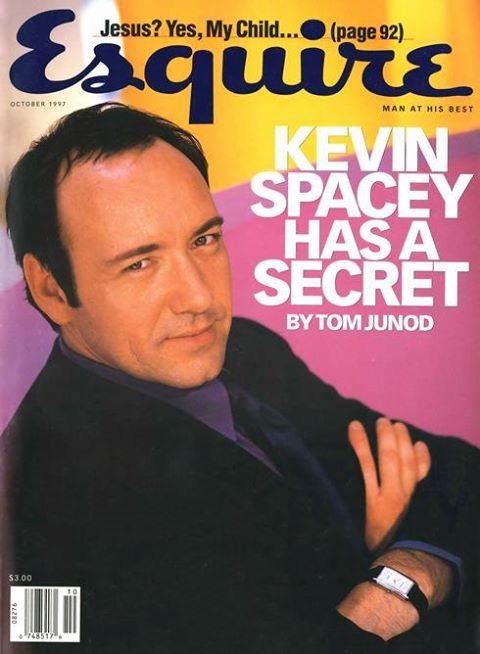 Kevin Spacey, widely known to be glass-closeted — and no, practically being out is not the same as being out — engaged in some coy jokes about being closeted in the (effortful) opening of the Tony Awards tonigth, which he hosted.

First, there was a closet joke with Whoopi Goldberg.

I don't like rich, successful, perfectly well-adjusted stars with zero reason not to acknowledge they're gay who do not actually acknowledge they're gay. It's 2017. Speaking of which, it's almost a year to the day since the Pulse gay nightclub massacre, and it's LGBTQ Pride Month and it's the same day as the National Equality March, so whatever you think of stars who remain closeted for any reason, is this really the day to be making cutesy closet jokes?

Watch the opening number below ...

P.S. Spacey stank as a host, whipping out dated impersonations and bumbling a lame joke about Faye Dunaway.