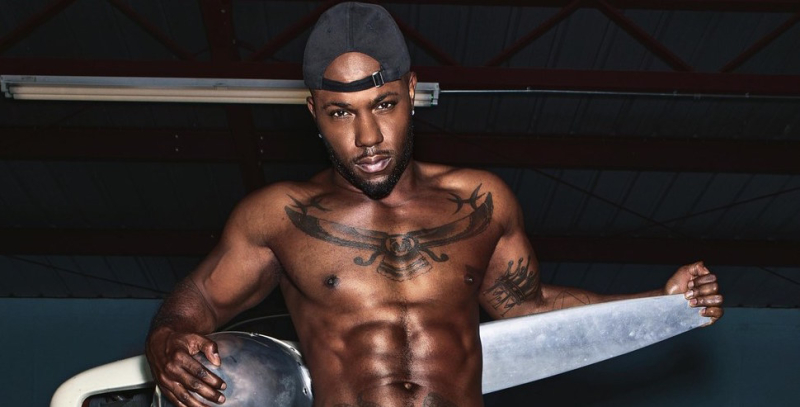 Rapper Milan Christopher of VH1's Love & Hop Hop is openly gay. Now, his penis is also openly gigantic, making its debut in arty — but not too — images by Matthias Vriens-McGrath (who also goes teasingly nude in one of the shots).

In the interview (Work Unfriendly) accompanying the hot-hot-hot shots in Paper, Christopher says:

That thing goes Milan and on and on ...

During pride month, I always think about all of the things that the LGBT community lacks and things that I feel like should be changed. And I think about equality, and the stigma and the taboo, and all the things that we work so hard to break through. So I think that this particular shoot, I think this is really important for not just the culture but for the community and pop culture in general. I've never seen it done in you guys' magazine before and I've really never seen it done in a way where it's like woah. It's been years--I think something [there was something like it in] the 70s--I forget the actor, but he did a full frontal and it was really crazy.

He is name-checking Burt Reynolds in that last bit, though Reynolds didn't show peen. S'all right, because Christopher showed enough for him and Burt both.