White H.S. Student Hurls Racial Slurs At Asian Teacher: WHO THE F*** DO YOU THINK YOU ARE?! Comments (0) 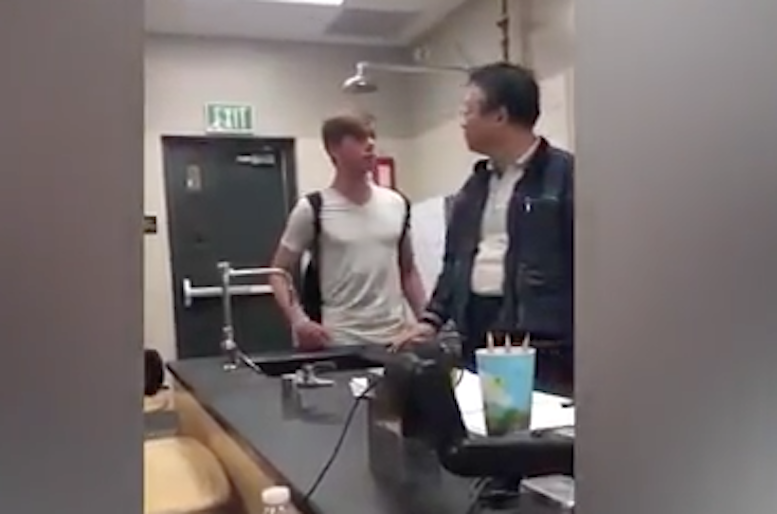 Via DailyMail.com: Thanks, Donald Trump!

A video of a white student aggressively arguing with his Asian high school teacher, even calling him the N-word, has gone viral.

The student, identified as Gideon Yapp, shouts at his teacher and gets violent (tossing trash on the floor, damaging school property) even after the teacher has returned to his desk and asked the kid to sit down.

Yapp's friends have defended him, pointing out that he's dealing with mysterious issues at home.

White privilege is an overused phrase, but it sure isn't an urban legend, and this video truly captures it.

If the video itself doesn't capture white privilege, how about this: Hilariously, Yapp's brother has allegedly begged people to take down the video because gollygeewhiz it might ruin Yapp's life.

In this video, I discuss the supreme level of outright neanderthalic behavior #GideonYapp #Lancaster #CA

Especially rich is that the brother wrote a black man with this request:

In the above video, posts allegedly made by Yapp's Republican (to put it mildly) parents reveal exactly where he got his anger-management and racist issues.

The entire video is after the jump ...