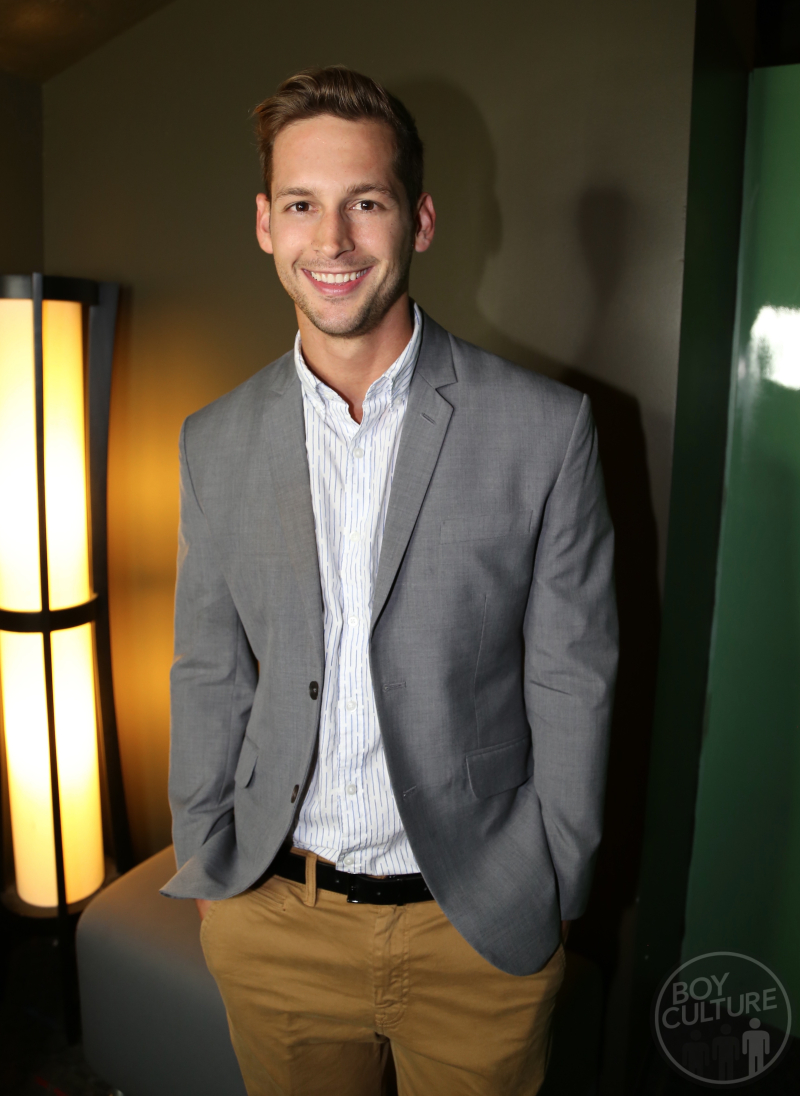 Max Emerson, writer and director of Hooked (All images by Matthew Rettenmund)

Max Emerson, known for his wildly popular Instagram (@maxisms), used crowdsourcing to produce his feature debut as a 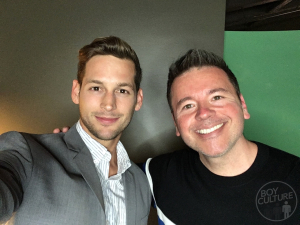 writer and director, the LGBTQ-themed Hooked. Following a world premiere in Canada, the movie had its U.S. premiere in NYC Monday night at the SVA in Chelsea, where friends and fans gathered to watch the drama and participate in a Q&A after.

And, let's be honest, to get a load of Max 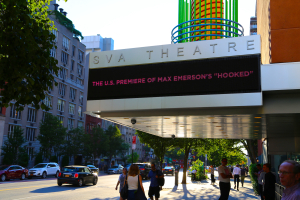 Dressed (!) conservatively, Max looks in person the same way he looks in photos, albeit with more clothes. He was in his element working the excited group of well-wishers, and happily escorted me to a private area in which he had a flattering “blogger's light” set up for pics. He didn't need it. 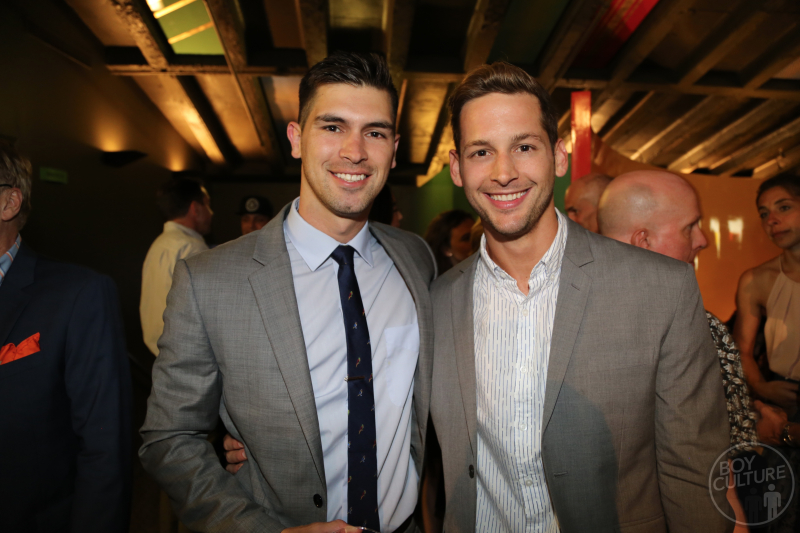 Also at the screening was his high-profile, military-man boyfriend Andrés Camilo (their date to West Point's Knights Out gala made waves in April), many of the cast and crew, and moderator Matteo Lane, the bootylicious, mustachioed comic who conducted a talk-back generously littered with one-liners to lighten the mood. (Unless you're Lindsay Lohan, one of Lane's obsessions, in which case you might have found the mood darkened a tad.) 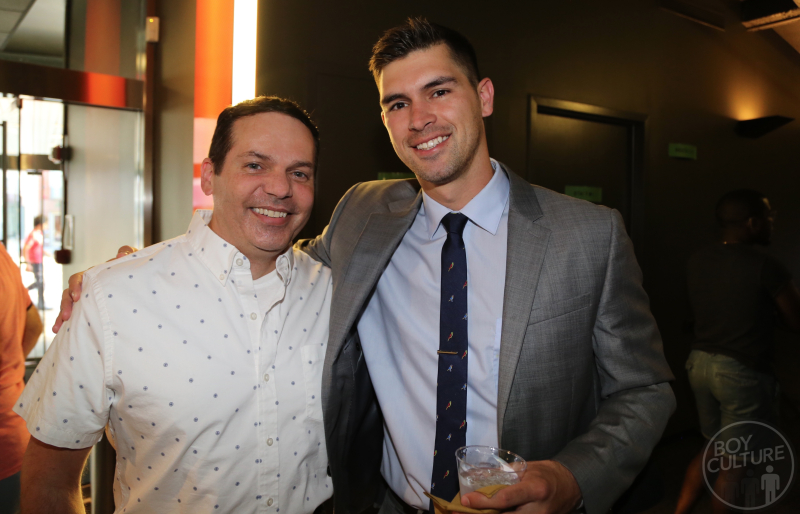 David Beagin with Camilo. David recognized me from my blog, validating me for the day. 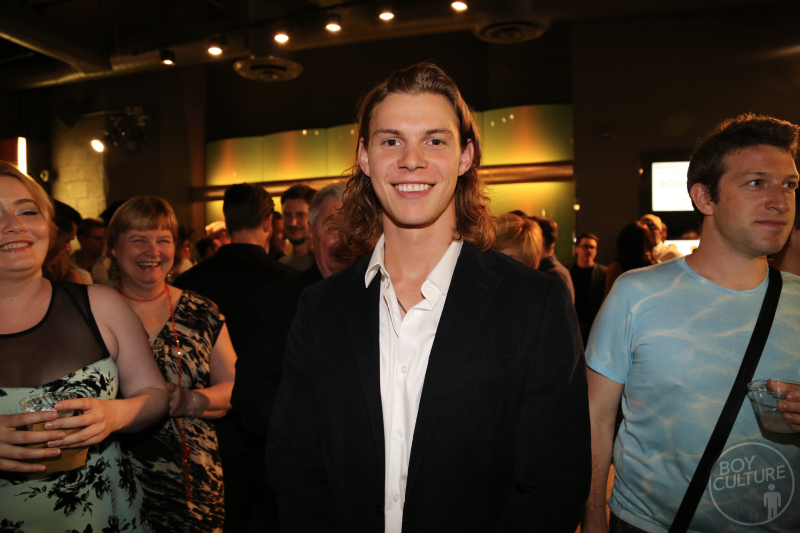 A beaming Conor Donnally, who captured his character's offbeat optimism perfectly in the film. 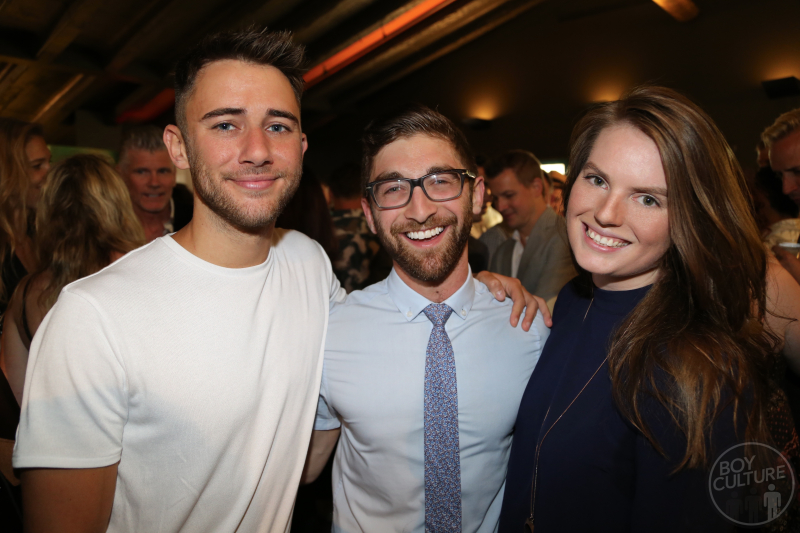 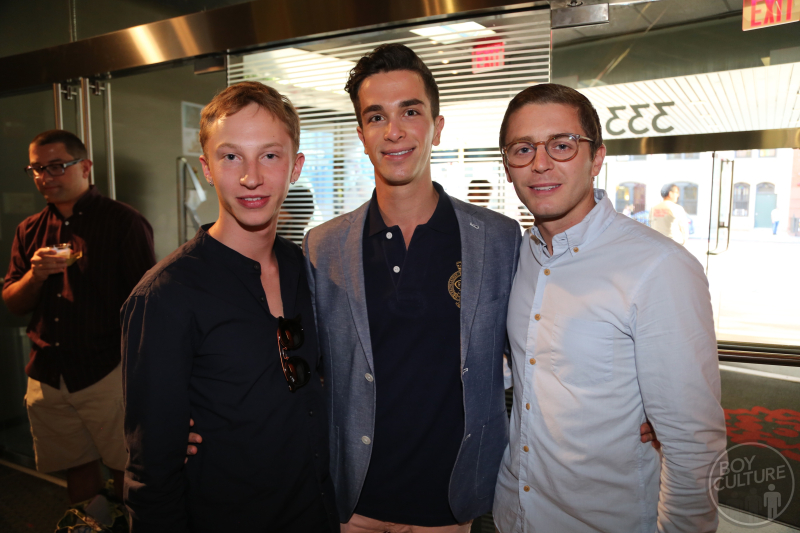 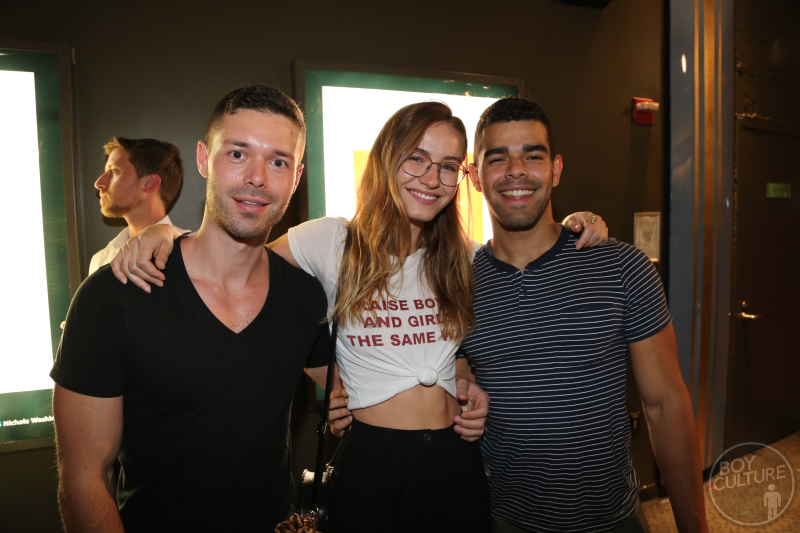 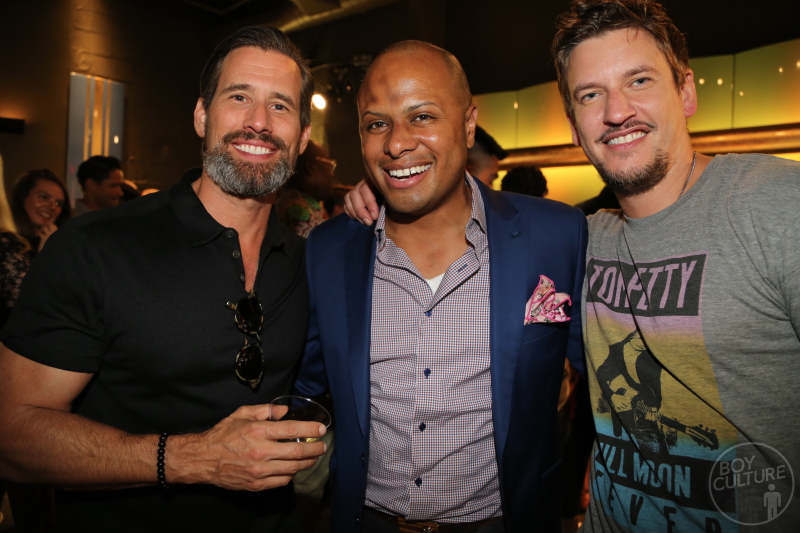 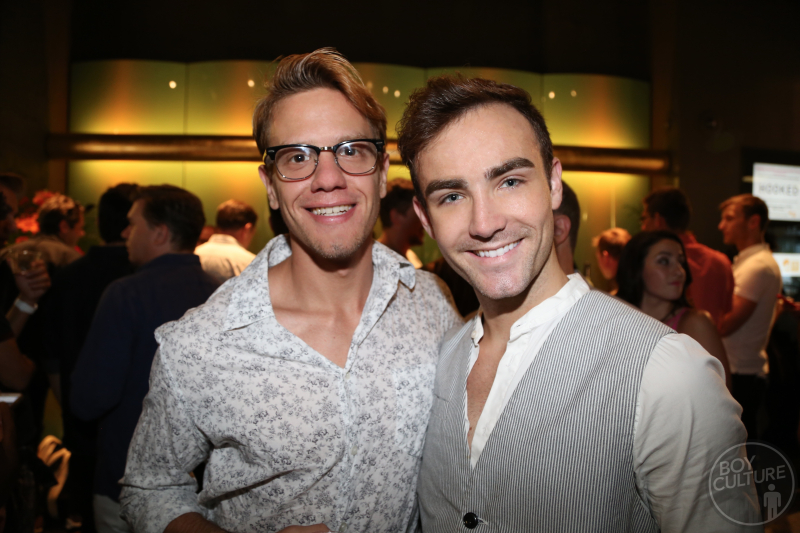 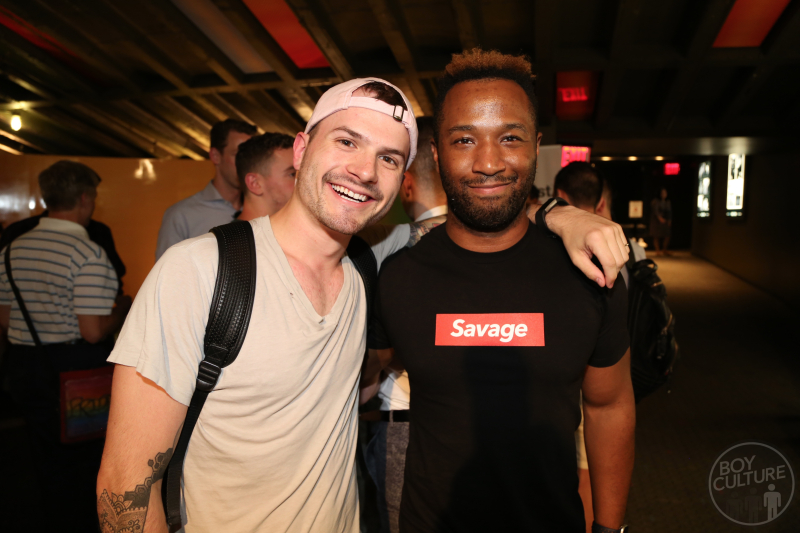 Celebrants at the charity bash

The film stars Conor Donnally as Jack, a striking young hustler in love with a fellow homeless LGBTQ youth (played

winningly by Sean Ormond). The pair are living in a shelter (proceeds from last night's function will benefit NYC's Ali Forney Center), subsisting on Jack's earnings on the street. Jack's tricks range from violent to John Waters-ready. Things change when a closeted, married man (Terrance Murphy) takes a seemingly benevolent shine to Jack, spiriting him off for some unexpectedly coke-propelled party time in Miami. Stranger danger + cocaine + borderline personality disorder = things do not end well. 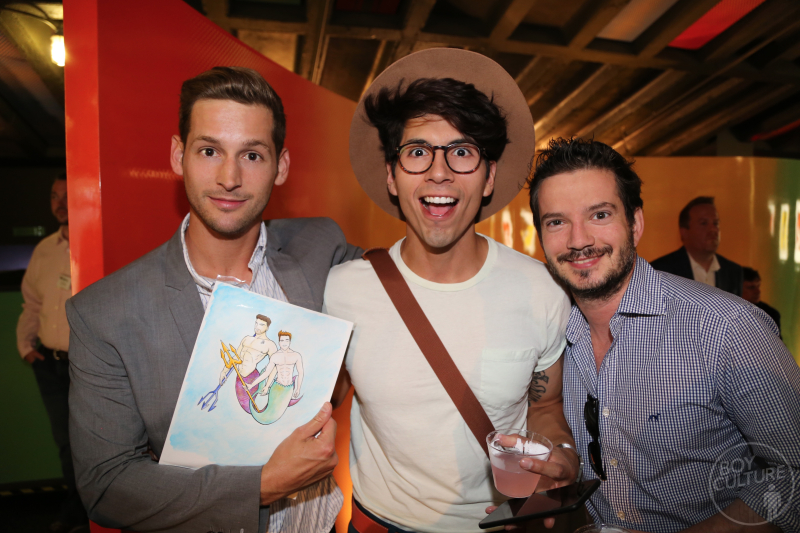 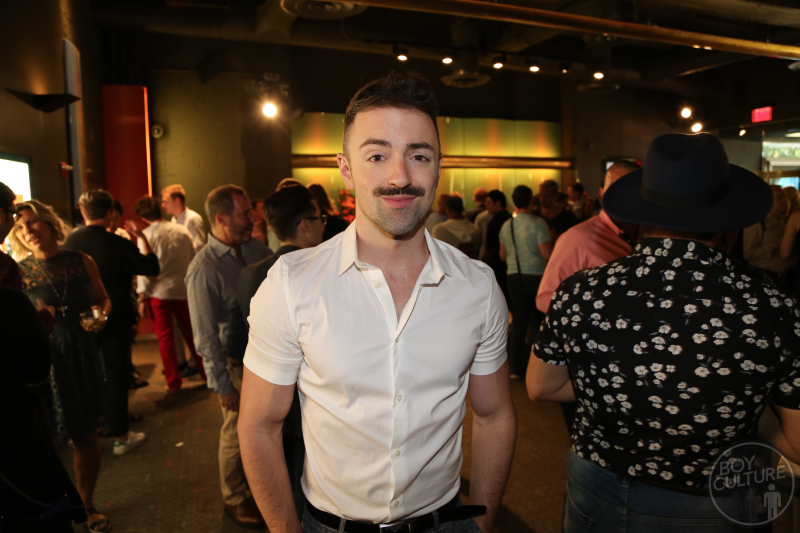 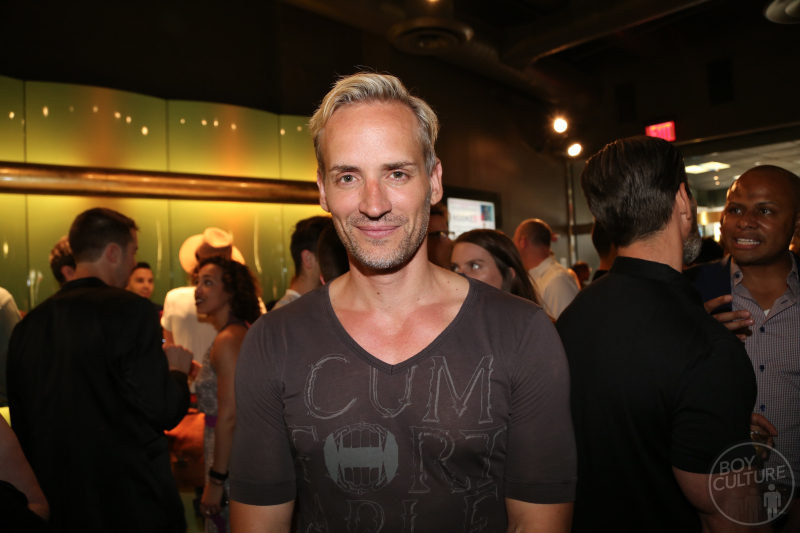 Hooked's MVP is Donnally, who projects a Joe Dallesandro-meets-Travis-Fimmel-like, iconic hunkiness, but plays Jack as a big kid with big problems and a big sense of adventure in the face of seemingly insurmountable challenges. 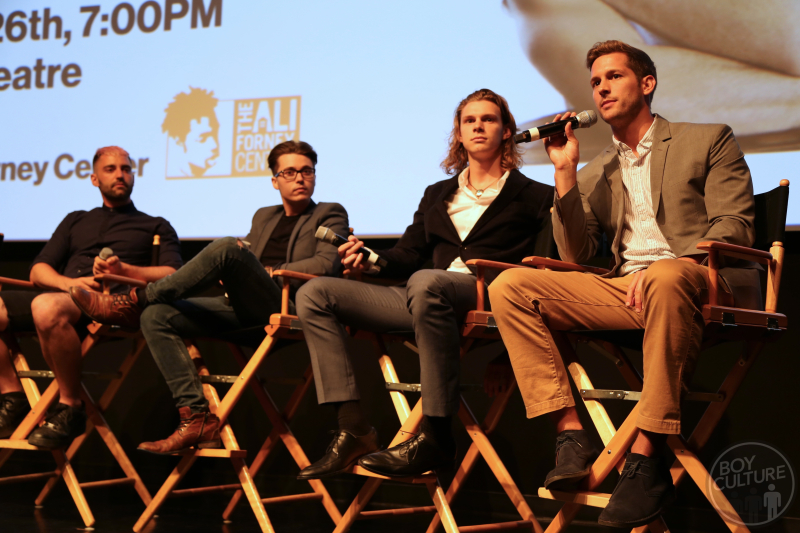 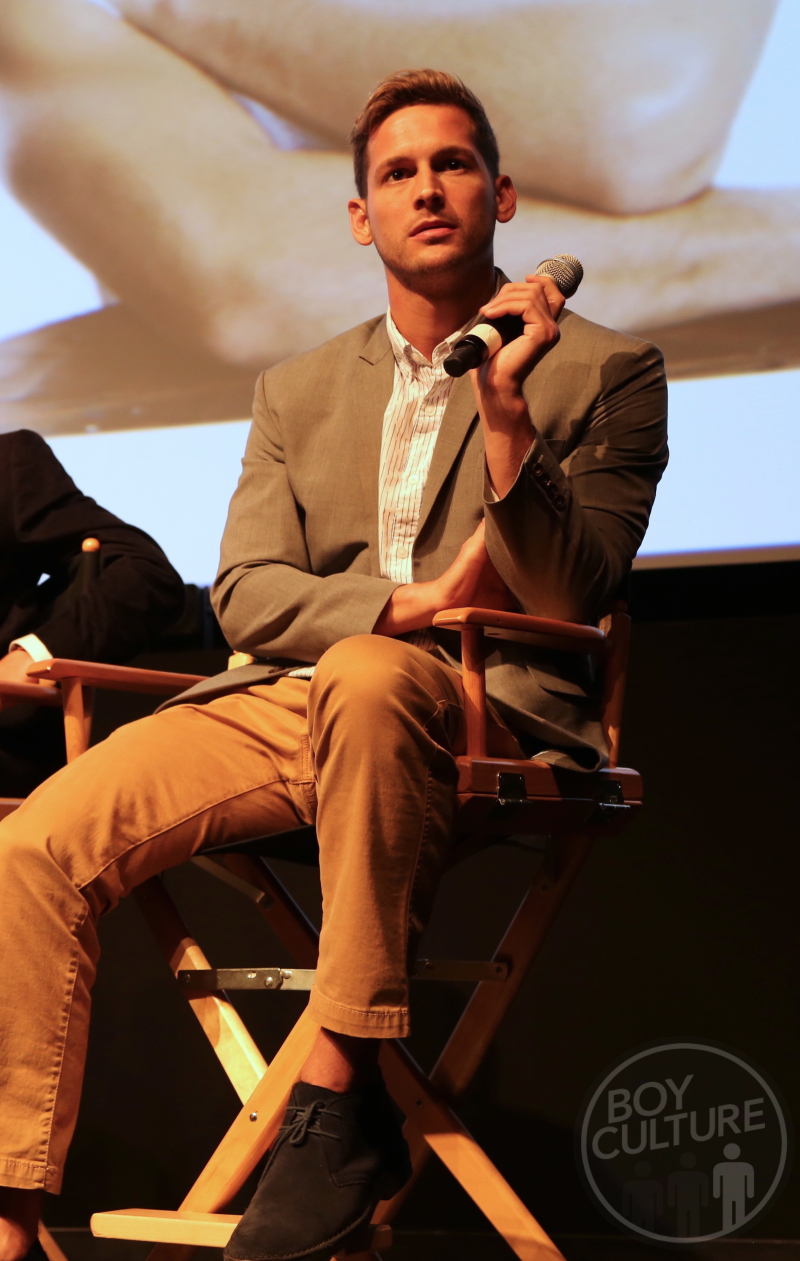 Facing the questions of their first U.S. audience

After the film, Max, his leads, his producer and his director of photography fielded questions, many of which turned things back to the important cause with which the film is affiliated — helping homeless LGBTQ youth get their lives together. 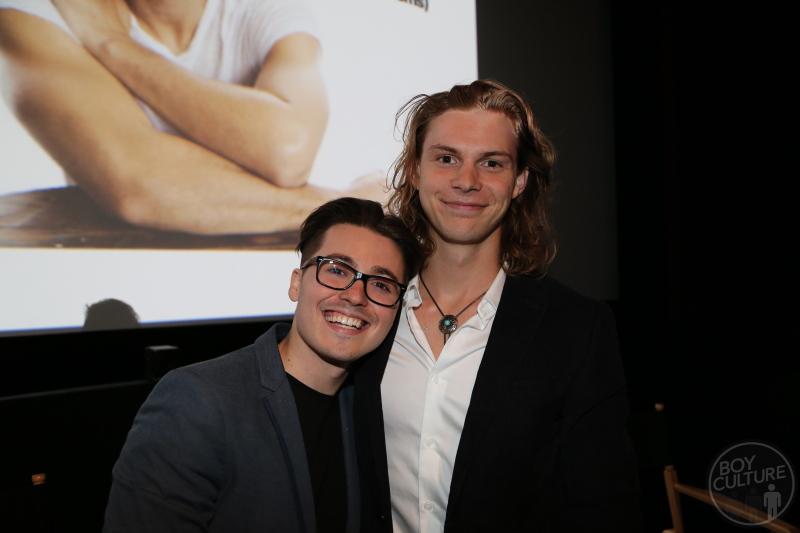 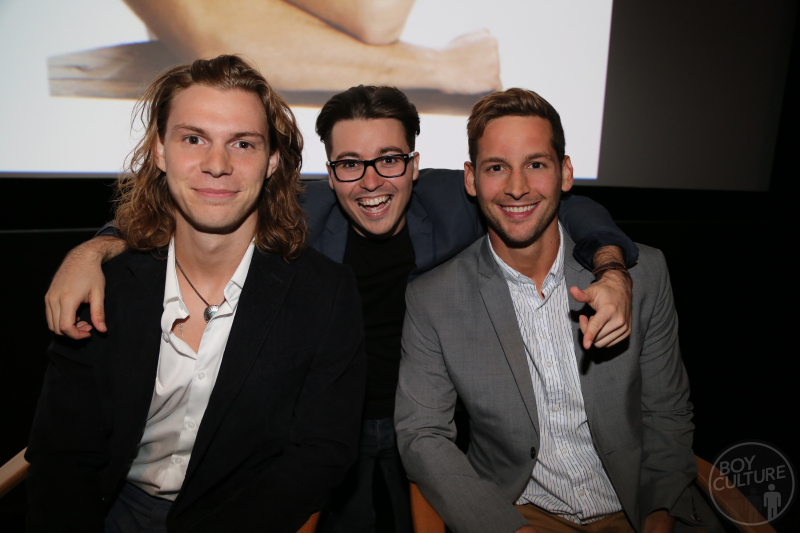 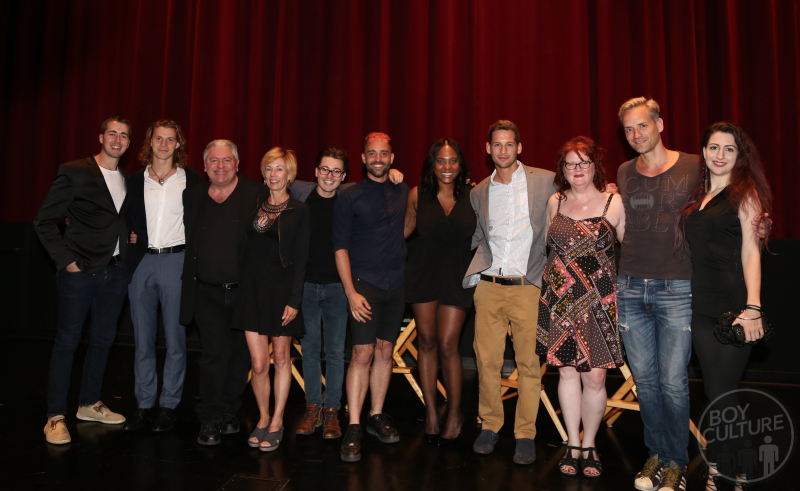 Many of the cast and crew were on hand to see the final film!

One question at the Q&A was so painfully off — as happens at almost every one of these things! — I didn't have the heart to include it, but check out snippets from the talk-back after the jump if only to hear Max discuss his fake relationship with Kyle Krieger, staged in order to raise funds for the movie.

Be on the lookout for Hooked in the future ...