Ana Navarro On Trump's CNN Stunt: HE IS GOING TO GET SOMEBODY KILLED IN THE MEDIA Comments (0) 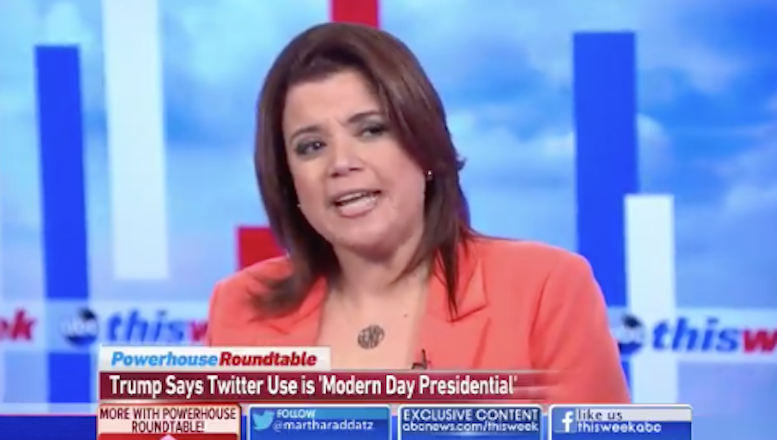 Ana Navarro is one fed up Republican (Video still via ABC)

Ana Navarro has been a consistently strong conservative voice against Trump, and his CNN attack video really pushed her buttons. Navarro spoke passionately about how inappropriate that video was, shaming Trump's lame enablers in his Administration for not standing up to him.

.@ananavarro on Trump's tweet: "It is an incitement to violence. He is going to get someone killed in the media." pic.twitter.com/onDlqb4j1B